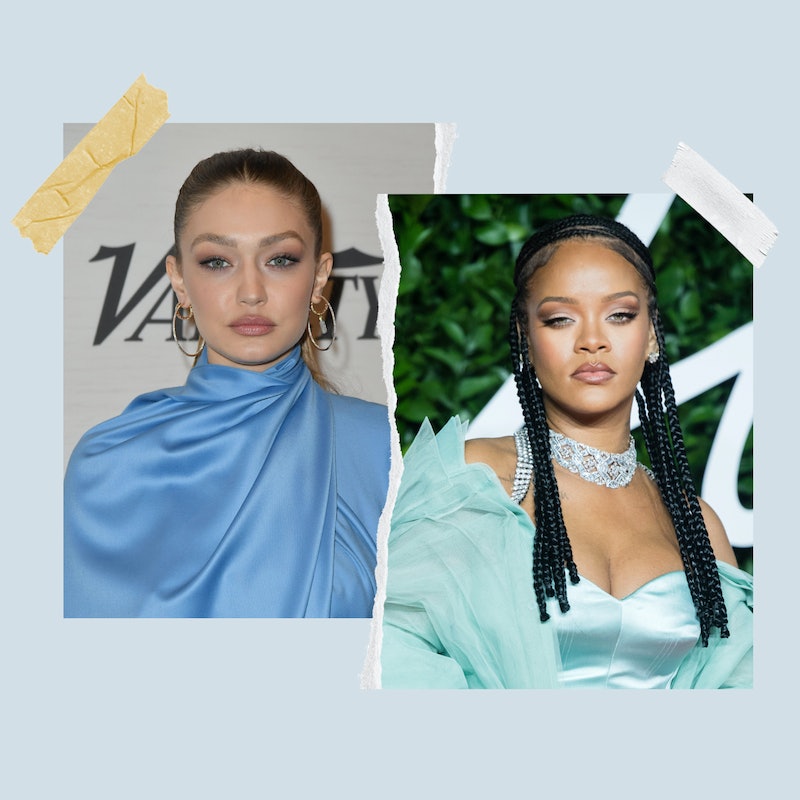 Gigi Hadid is setting the record straight after accidentally starting a rumor that Rihanna is pregnant with twins. According to Entertainment Tonight, the rumor first came about last week when the “Kiss It Better” singer revealed on Instagram that she is expecting her first child with rapper A$AP Rocky. In the comments, the 26-year-old model left a congratulatory message for the expectant parents, which ultimately backfired. “😭three angels 💘,” she wrote. Unfortunately, many fans took that to mean the 33-year-old singer isn’t expecting one baby, but two.

Unsurprisingly, the unsubstantiated rumor spiraled out of control among fans on the internet. But when Hadid realized what happened, she clarified what exactly she meant by “three angels” in the replies. “I just caught word of this commotion,” she wrote alongside a crying/laughing emoji. “I meant rih / rocky / baby lol.” Not to mention, Gigi and Rihanna are longtime friends and this is Rihanna’s first pregnancy, so she definitely wouldn’t give away such an enormous detail.

Rihanna’s pregnant belly was on full display in photos that were published by the Daily Mail on Jan. 31. The “Love on the Brain” singer was photographed next to A$AP Rocky while wearing a long pink coat buttoned only at the top, multicolored jewelry, and ripped jeans. At this point, it’s unclear how far along the entrepreneur is in her pregnancy. What is clear, however, is that the singer is no longer trying to hide her growing baby bump.

After the initial pregnancy photos were published online, Rihanna took to Instagram to give her 120 million followers a bump-date. “How the gang pulled up to black history month,” she wrote next to a photo of herself standing sideways with her belly on full display. The “We Found Love” musician is clearly excited for this next chapter, and motherhood is something she’s spoken about many times in the past.

“In 10 years I want to have already started my family and have some businesses of my own. A fashion line, a makeup line,” Rihanna told InStyle in August 2008. “And I still want to be doing what I'm doing at a much bigger capacity — by the grace of God!” In May 2018, she confessed to Vogue that she had kids on the brain. “OK, so now that I’m 30, are there things I’m supposed to do? Should I be worried? Should I be freezing my eggs?” she asked. “What do you do at 30?!”

Elsewhere in the interview, the pop icon revealed what type of mom she thought she would be. “I’m not gonna be able to take my eyes off my kid,” she said. “I know that already about myself. They’re going to have to force me to hire a nanny.” Rocky, for his part, has also been very vocal about wanting to be a father. “If that’s in my destiny, absolutely,” he told GQ in May 2021. “... I think I’d be an incredible, remarkably, overall amazing dad. I would have a very fly child. Very.”

The “Fashion Killa” artist also gushed over his girlfriend to the magazine, explaining that his relationship with the “Work” singer “amounts to probably, like, a million of the other ones.” He also called Rihanna the “love of my life” and said that there’s something unique about their relationship that he never experienced before. “I think when you know, you know,” he said. “She’s the One.”

More like this
Everything You Need To Know About Kanye's Post-Kardashian Dating Life
By Bustle Editors
Michael B. Jordan Tackled His "Public Breakup" With Lori Harvey On 'SNL'
By Brad Witter
Britney Spears Shared The Real Reason She Shut Down Her Instagram Account
By Brad Witter
Andy Cohen Apologized To Larsa Pippen After A 'RHOM' Season 5 Reunion Dust-Up
By Brad Witter
Get Even More From Bustle — Sign Up For The Newsletter
From hair trends to relationship advice, our daily newsletter has everything you need to sound like a person who’s on TikTok, even if you aren’t.