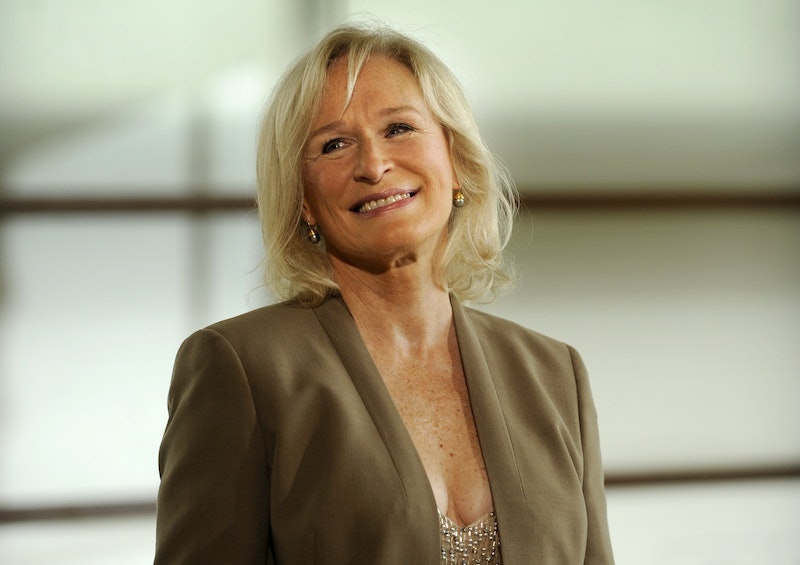 The Oscars wouldn’t be the Oscars without some good old-fashioned chaos, which came in the Best Supporting Actress category this year. On Monday, March 15, Glenn Close was nominated for an Academy Award for her performance in Hillbilly Elegy, just days after getting a Worst Supporting Actress nod at the Golden Raspberry Awards (or Razzies) for the same film. This makes her just the third actor to receive both nominations for the same role.

Many actors have earned both Oscar and Razzie nominations in the same year, albeit for different films. Most recently, Melissa McCarthy earned an Oscar nomination for Can You Ever Forgive Me? and was recognized at the Razzies for The Happytime Murders in 2019. Perhaps most memorably, Sandra Bullock showed up to the Razzies and accepted her “win” for All About Steve (a rarity for nominees) in 2010, just a day before winning her Best Actress Oscar for The Blind Side. However, Close’s scenario dates all the way back to the 1980s.

Close joins the ranks of Amy Irving for Yentl and James Coco for Only When I Laugh, who earned Oscar and Razzie nods for their roles in 1984 and 1982, respectively. Neither went on to win either award, which could bode well or signal doom for Close, depending on how you look at it. The legendary actor is taking the odd nominations in stride, so she seems cool either way. "I'm so thrilled because to get a Razzie and an Oscar nomination in the same year, it's pretty cool,” Close told TODAY in an interview. “To still be in the room, to still have my work recognized by my peers, it's thrilling to me.”

Hillbilly Elegy was heavily panned by critics, earning a mere 25% score on Rotten Tomatoes. However, many have singled out Close’s performance as the film’s highlight, and she hasn’t been affected by the negative press, garnering Best Supporting Actress nods at the Golden Globes, Critics Choice Awards, and the upcoming SAG Awards.

This marks a landmark eighth Oscar nomination for Close, who has “gone without an Oscar for 40 years,” as she told USA Today. If she loses again this year, she will tie with Peter O’Toole as the actor with the most Oscar nominations without a single win. Close will compete at the Oscars against Maria Bakalova for Borat Subsequent Moviefilm, Olivia Colman for The Father, Amanda Seyfried for Mank, and Youn Yuh-jung for Minari. For the Razzie, she faces off against Lucy Hale for Fantasy Island, Maggie Q for Fantasy Island, Kristen Wiig for Wonder Woman 1984, and Maddie Ziegler for Music.

Needless to say, one way to make this awards season even more chaotic is for Close to win both awards, meaning her long-overdue Oscar would also be commemorated by an accompanying Razzie. Make it happen, Hollywood.

More like this
Keke Palmer Finally Showed Angela Bassett Her Famous Impression Of Her
By Stephanie Topacio Long
You Definitely Know The Voice Of Shuri's AI In 'Black Panther: Wakanda Forever'
By Brad Witter
'The Holiday' Sequel Is Reportedly In The Works
By Sam Ramsden
Jodie Turner-Smith & Joshua Jackson's Relationship Timeline Includes Her Proposing
By Jake Viswanath
Get Even More From Bustle — Sign Up For The Newsletter