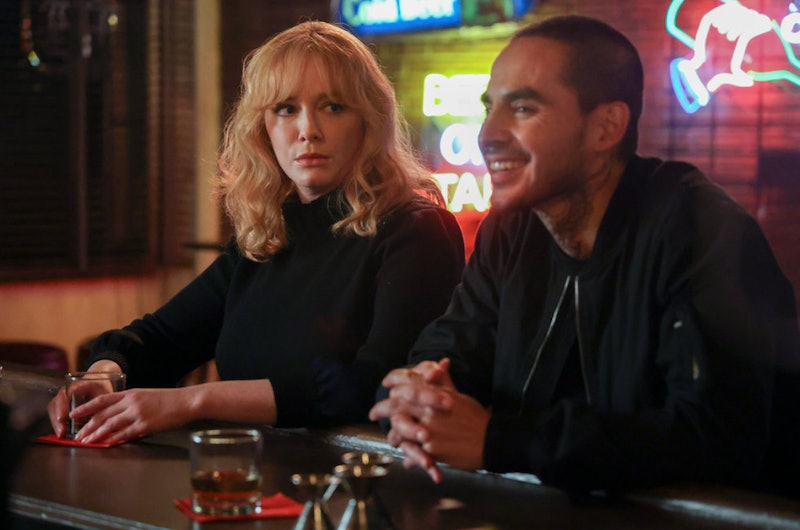 Despite rumors earlier this year that NBC was planning to renew Good Girls for a shortened fifth and final season, news broke in late June that the series had been canceled. Sources told TV Line that the network and studio ran into problems with finances as well as “creative issues.” Three of the series’ stars — Christina Hendricks, Mae Whitman, and Retta — had reportedly agreed to take pay cuts to return for a final eight-episode run, but multiple insiders said that the plan hit a snag when it came to negotiations with cast member (and fan favorite) Manny Montana.

Although it seems unlikely that a network would decline to renew an entire show solely due to the absence of one actor, some have speculated that rumored tension between on-screen love interests Montana (Rio) and Hendricks (Beth) may have factored into the negotiation difficulties. The two have referred to their working relationship coldly in interviews, with Montana telling The Total Celebrity Show podcast in 2020 that they “come in, do our job, and then go home. It’s very business-like.” Hendricks also revealed during a Q&A at 92nd Street Y the same year that Montana refuses to call her by her full name. “Manny calls [me]… Chris,” she said. “No one in my life calls me Chris. It’s not my name. I think it’s totally stupid. And he’s never taken the chance to realize that I hate it. It’s really weird.”

In any event, Good Girls won’t be returning. After the news of the show’s cancellation broke, Whitman reacted on her Instagram story, sharing photos of herself with her costars Hendricks and Retta with the text “feel too sad and confused to look at phone.” Whitman later added, “love my pals on this cast so much, and love you guys who loved the show. It was such a joy being Annie and I’m forever grateful to you for supporting us. K me go cry now.” Hendricks also shared her reaction on Instagram, posting a screenshot from the series of her character, Beth, covering the eyes of Whitman’s character, Annie, with the caption: “Well, we gave it our all. We really did. Thank you to our amazing fans through the years for all your passion and support.”

Premiering in 2018, Good Girls followed three suburban moms who, struggling to make ends meet, decide to rob a supermarket. The choice unintentionally sucked them and their families into a complex and dangerous life of crime, and later seasons centered around their continuing attempts to make ends meet through criminal enterprises while staying on the good side of crime boss Rio. Though the NBC dramedy became popular on Netflix, its cable viewership has consistently declined across multiple seasons, and it reportedly has no chance of being picked up by another network or streaming platform.