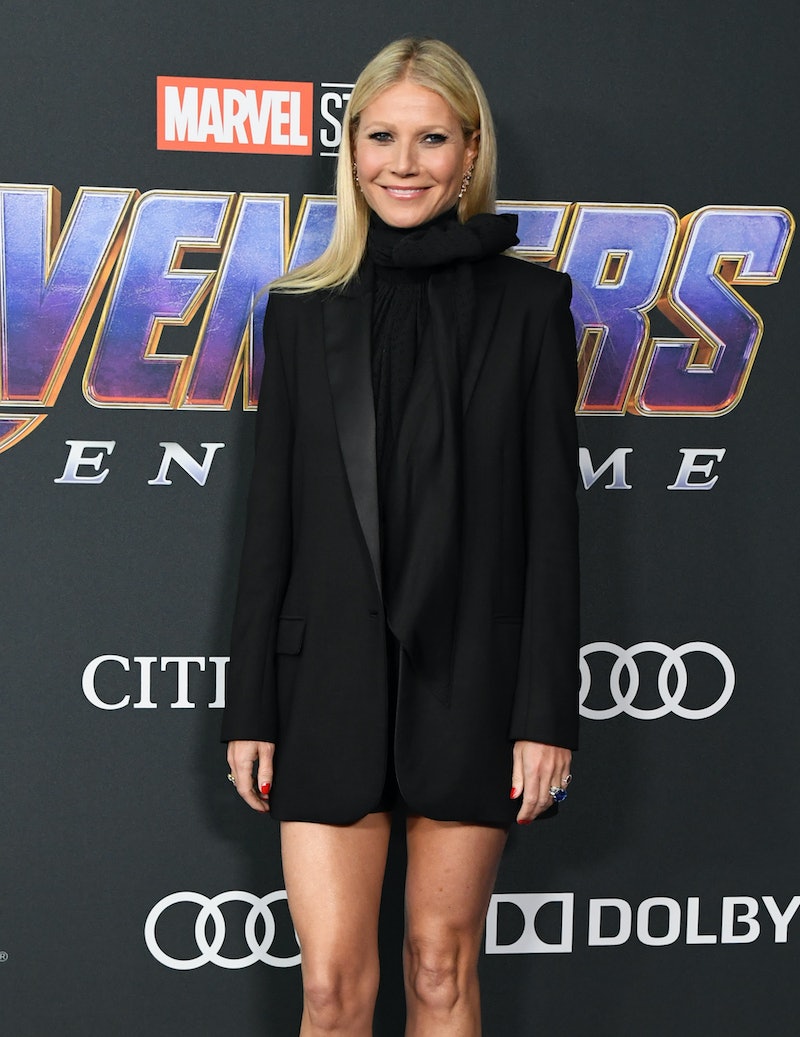 Discussing everything from holiday gift suggestions and stress-relief techniques to her drag name (Peaches Georgina) and whether or not she’s kept any gifts from her exes, Gwyneth Paltrow answered a wide range of fans’ questions via Instagram on Friday, Dec. 3. The actor, who’s played Pepper Potts in several Marvel films, really raised eyebrows, however, when she admitted that, not only has she not watched the Hawkeye series on Disney+, but she’s never even heard of it.

“No, what is that?” she replied to a follower who asked if she’d tuned in yet to see Hailee Steinfeld succeed Jeremy Renner’s titular MCU superhero, with whom Paltrow had appeared in the same movies. (The Hawkeye series premiered on Nov. 24.) Assuring fans, she doesn’t “live under a rock,” however, the Oscar winner revealed she has listened to Taylor Swift’s Red (Taylor’s Version) album in recent weeks.

This was hardly Paltrow’s first Marvel-related gaffe, though, so it’s possible she was just teasing fans. While appearing on Netflix’s The Chef Show with Jon Favreau in 2019, for example, the actor even seemed to forget she’d been in Spider-Man: Homecoming two years earlier. After insisting she wasn’t a part of the 2017 movie starring Tom Holland, Favreau — who directed her in the Iron Man films and co-starred as Happy Hogan in Spider-Man — provided some details to refresh her memory. “That was Spider-Man?” she asked him.

Paltrow previously defended herself in a 2019 Elle profile — though admitting she “never read” any of the ongoing jokes about her difficulty keeping track of which MCU flicks she’d been in. “It is confusing because there are so many Marvel movies, and to be honest, I haven’t seen very many of them,” she explained to the magazine, at the time. “It’s really stupid and I’m sorry, but I’m a 47-year-old mother.”

Elsewhere in her AMA, the actor, who even spoke in Spanish at one point, also discussed deeper topics, such as wondering what happens after you die, that she’d been in a past relationship with a narcissist, and that she’s been experiencing some personal difficulties recently. “It’s been a bit of a rough week,” she wrote in response to a fan asking how she’s currently feeling. “I am reminded of how precious life is, and friendship is. How we need each other to get through. That real faith is a superpower.”

Apparently the Marvel characters’ superpowers are much less memorable, though.

More like this
New Details About Jeremy Renner's Snowplow Accident Reveal The Actor's Intentions
By Sam Ramsden
Here’s Everything Coming To & Leaving Netflix In February
By Jake Viswanath
The Best Memes & Tweets From The 2023 Golden Globes
By Alyssa Lapid
Selena Gomez Confirms She's Single Amid Drew Taggart Dating Rumors
By Martha Sorren, Jake Viswanath and Jack Irvin
Get Even More From Bustle — Sign Up For The Newsletter