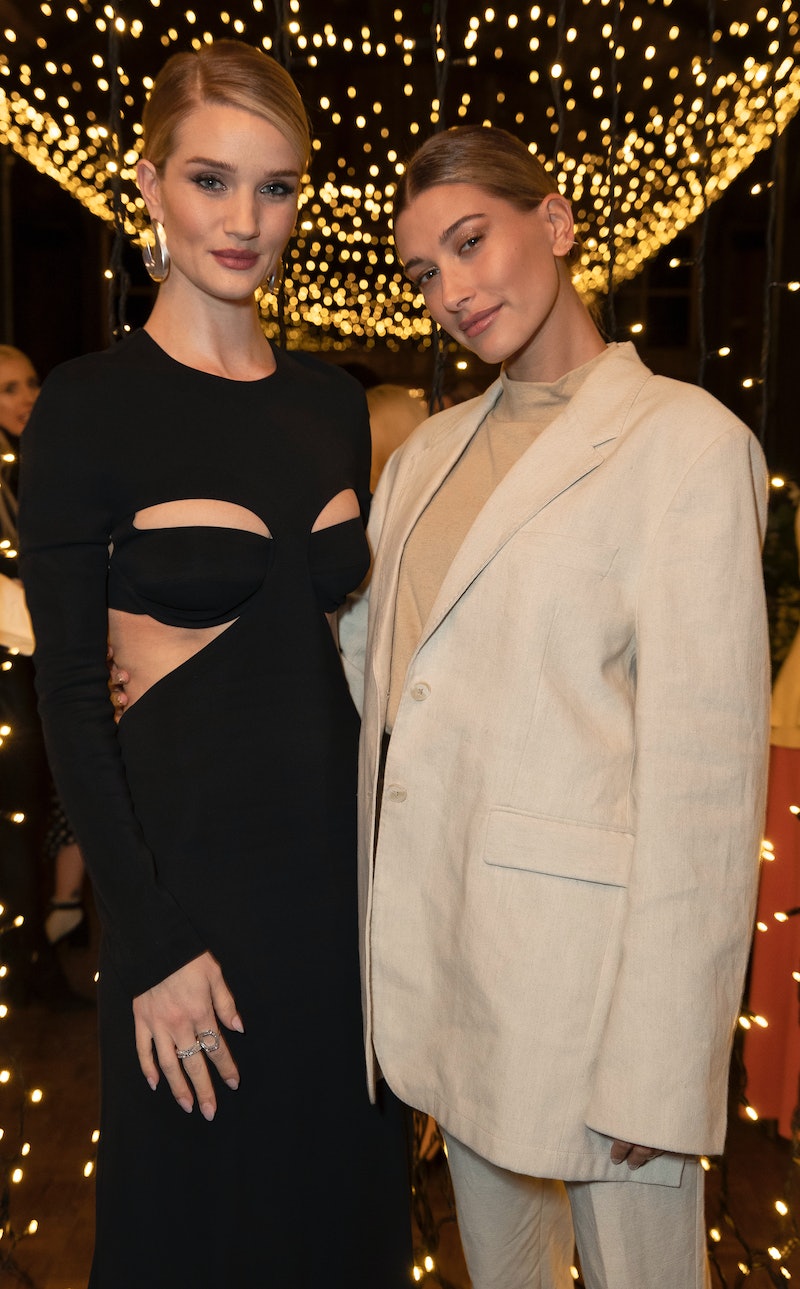 She may not be a mother quite yet, but Hailey Bieber is already planning ahead. In a deleted scene from her Dec. 10 Who’s in My Bathroom? YouTube show, the 25-year-old, who’s married to Justin Bieber, asked fellow model Rosie Huntington-Whiteley for her biggest piece of parenting advice. “I literally know zero about being a mom, but I do want kids one day,” Bieber (née Baldwin) explained to preface the question for her friend, who’s currently expecting her second child with fiancé Jason Statham.

After telling Bieber that she’d be a “lovely mum,” Huntington-Whiteley responded that “being easy on yourself” is an important thing for parents to remember: “It’s full-on, and it’s a juggle. Whether you’re a stay-at-home mom, whether you’re a working mom, it’s a juggle and you take on a lot, and just trying to be really kind to yourself and easy on yourself. And that’s just from my own personal experience.”

The mom to 4-year-old son Jack Oscar further advised Bieber to follow her instincts and to not “listen too much about what other people say,” even including some well-meaning advice. “I feel really lucky I can call my mom on my bathroom floor, sobbing,” Huntington-Whiteley added, to which her pal, whose parents are Stephen and Kennya Baldwin, replied, “Same, by the way.”

Drowning out the noise of critics is something Bieber has previously admitted to struggling with at times. During a September episode of the weekly 4D with Demi Lovato podcast, she told the “Confident” singer that she sometimes has “low days” when she thinks, “This is too much and all the things people are saying, I can’t take it today.” Her comments to Lovato came on the heels of a new round of pregnancy rumors after Justin posed with his hand on her stomach at the 2021 Met Gala. Months earlier, she’d also stopped speculation that she and Justin were expecting, after fans misconstrued a “mom and dad” photo caption.

Since the pair married in 2018, they’ve both publicly discussed wanting to start a family — and babies actually might not be too far off. “My intention for 2021 is to continue to set goals and have fun while doing them,” Justin shared in a New Year’s Eve 2020 scene from his Justin Bieber: Our World Amazon Prime Video documentary. “Make sure I put my family first and hopefully we squish out a nugget.” After the singer clarified they’d “start trying” at the end of 2021, his wife replied, “We shall see.”

Also in December 2020, Justin revealed on The Ellen DeGeneres Show that though he and his wife had decided to wait to expand their family, he wanted to have as many kids as “Hailey is wishing to push out.” At the time, he explained that she was “not ready yet” because the model still had some things she wanted “to accomplish as a woman.” Added the Grammy winner, “I’d love to have myself a little tribe, but yeah, it’s her body and whatever she wants to do.”