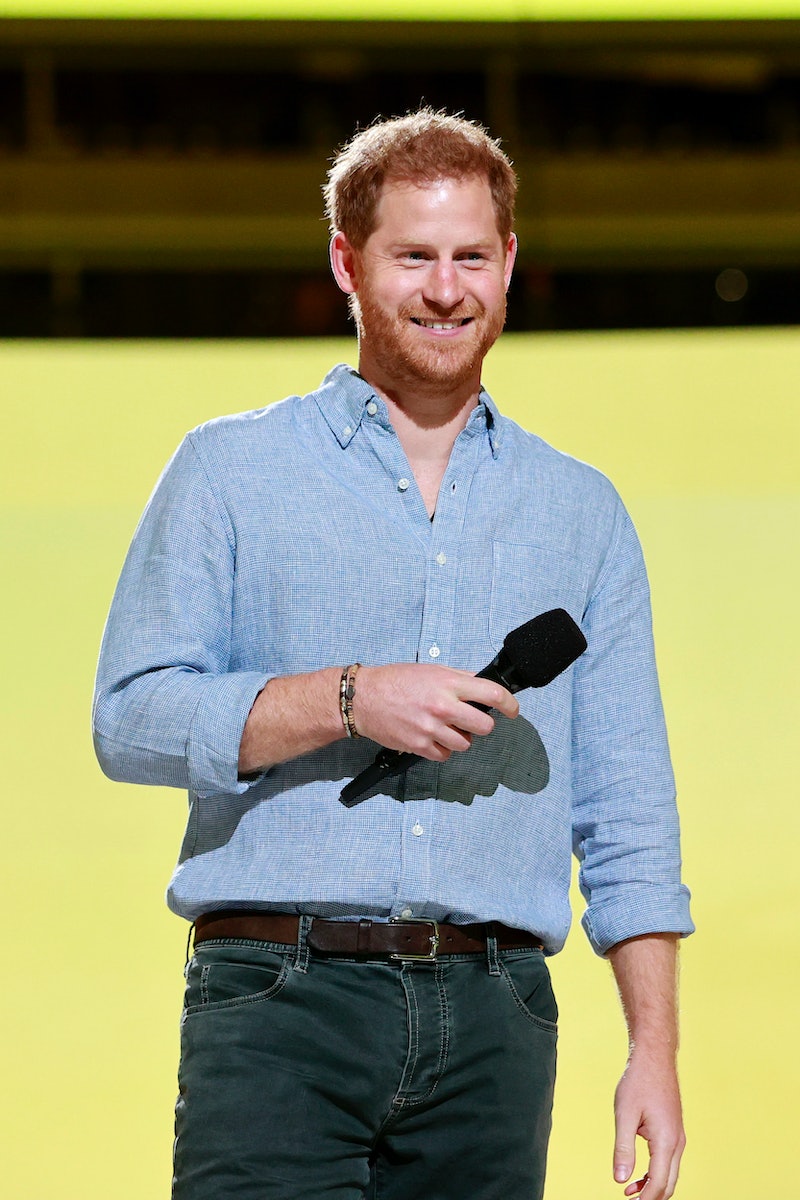 Working royals or not, the Duke and Duchess of Sussex are indeed living a life of service. Harry and Meghan co-chaired Global Citizen’s Vax Live: The Concert to Reunite the World, and their contributions helped the campaign easily surpass its goal of securing more 10 million COVID-19 vaccine doses for marginalized communities and health care workers. While Meghan did not attend in person, both she and Prince Harry gave impassioned speeches highlighting the importance of an inclusive global pandemic response.

The event, which was taped on May 2 and aired on May 8, was star-studded, to say the least. Hosted by Selena Gomez, it featured appearances by Chrissy Teigen, Ben Affleck, Jimmy Kimmel, David Letterman, Gayle King, Nomzamo Mbatha, Olivia Munn, and Sean Penn. On top of that, there were dynamic performances from Jennifer Lopez, Eddie Vedder, Foo Fighters, H.E.R., and J Balvin. Still, even in that context, the Sussexes were of particular interest, and Harry was met with a standing ovation when he took the stage.

Speaking to the audience of fully vaccinated health care and essential workers, Harry thanked them for spending the last year “battling courageously and selflessly to protect us all.” He went on to discuss how COVID-19 remains a global problem, despite speedy vaccine rollouts in many developed nations. Noting that “the virus does not respect borders, and access to the vaccine cannot be determined by geography,” he called for vaccine access to be “accepted as a basic right for all.”

“None of us should be comfortable thinking that we could be fine when so many others are suffering,” Harry added. “In reality, and especially with this pandemic, when any suffer, we all suffer.”

Meghan, whose speech was virtual as she is expecting the couple’s second child this summer, highlighted how vulnerable women in particular are. “My husband and I believe it’s critical that our recovery prioritizes the health, safety and success of everyone, particularly women who have been disproportionately affected by this pandemic,” she said, per People. The duchess brought up their unborn daughter as well as all young women and girls, adding, “Their future leadership depends on the decisions we make and the actions we take now to set them up, and set all of us up, for a successful, equitable, compassionate tomorrow.”

The Sussexes have been continuing to carve out a new niche for themselves since they announced they’d be stepping back as senior royals in January 2020. After a year of transition, Buckingham Palace confirmed in February that the couple would not be returning as working members of the royal family, saying in a statement, “The Queen has written confirming that in stepping away from the work of the Royal Family it is not possible to continue with the responsibilities and duties that come with a life of public service.” The couple later made a statement of their own, making it clear that they do still very much intend to be involved in public service. “We can all live a life of service,” they said in part. “Service is universal.”

And the Sussexes are proving as much. Global Citizen announced on May 3 — the day after Vax Live was filmed but a week before it aired — that the campaign had mobilized $53.9 million in commitments already. By May 9, that number was up to $302 million. The funds will be used to secure more than 26 million COVID-19 vaccines doses as well as to support the World Health Organization’s COVID-19 Solidarity Response Fund, which brings personal protective equipment to frontline health care workers.

More like this
Here’s Why Tyler Perry Helped Prince Harry & Meghan Markle When They Moved
By Marina Watts
Prince Harry Incorrectly Recites Christina Aguilera’s “Genie In A Bottle” Lyrics
By Jake Viswanath
Princess Diana’s Brother Shared A New Photo Connected To Her Childhood
By Darshita Goyal
Helena Bonham Carter Doesn't Think 'The Crown' “Should Carry On"
By Sam Ramsden
Get Even More From Bustle — Sign Up For The Newsletter
From hair trends to relationship advice, our daily newsletter has everything you need to sound like a person who’s on TikTok, even if you aren’t.