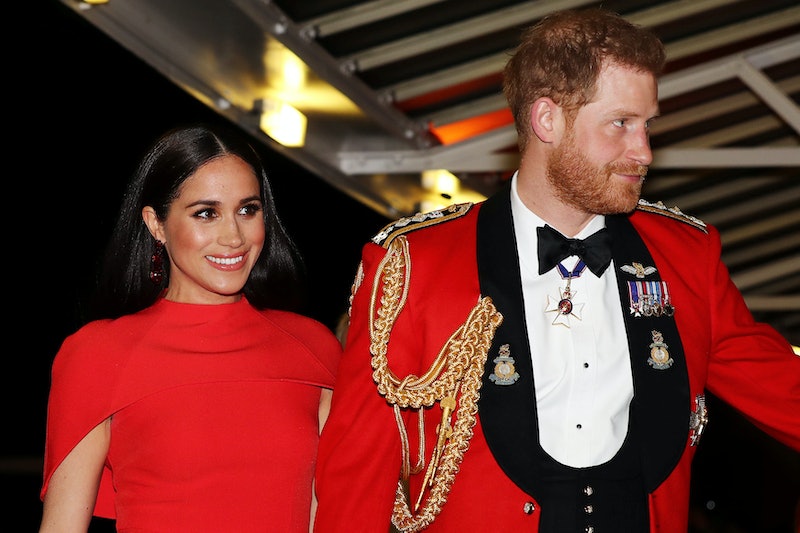 Buckingham Palace has confirmed that Prince Harry and Meghan Markle will return their honorary military appointments and Royal patronages, after the couple confirmed to the Queen that they do not intent on returning to their roles of working royals.

The Sussexes announced their intention to step away from their royal roles in January 2020, and did so formally in March. At the time, the couple made clear that they planned to "continue to honour our duty to The Queen, the Commonwealth, and our patronages," they wrote. They also noted that they would "continue to collaborate with" Her Majesty The Queen, The Prince of Wales, The Duke of Cambridge, and all relevant parties. A 12-month review was also stipulated.

Less than a year later, on Feb. 19, a Buckingham Palace statement announced that the Duke and Duchess of Sussex had confirmed to Her Majesty The Queen that they will not be returning as working members of The Royal Family.

"Following conversations with The Duke, The Queen has written confirming that in stepping away from the work of the Royal Family it is not possible to continue with the responsibilities and duties that come with a life of public service," the statement read.

Harry will lose his three remaining honorary military titles, and his patronages with the Rugby Football Union, Rugby Football League, and the London Marathon. The Duchess will relinquish her role as patron of the National Theatre, a patronage bestowed on her in 2019 from the Queen, who had previously held the role for over 40 years.

The Queen's Commonwealth Trust thanked the Duke and Duchess of Sussex for their support, saying: "The Queen's Commonwealth Trust exists to support young people around the world who are delivering practical help to those who need it most. We have been very lucky to have had the keen support and encouragement of the Duke and Duchess of Sussex in our formative years. They have enabled us to make fast progress and have helped us to take the organisation to readiness for its next phase. We are glad that they remain in our circle of supporters."

Earlier this week, the couple revealed not only that they are expecting their second child, but that they had agreed to a televised interview with Oprah Winfrey. The royal family's reaction to the landmark interview was immediate, and the British press was quick to speculate on possible repercussions.

"We can all live a life of service," concluded the Sussexes statement. "Service is universal."