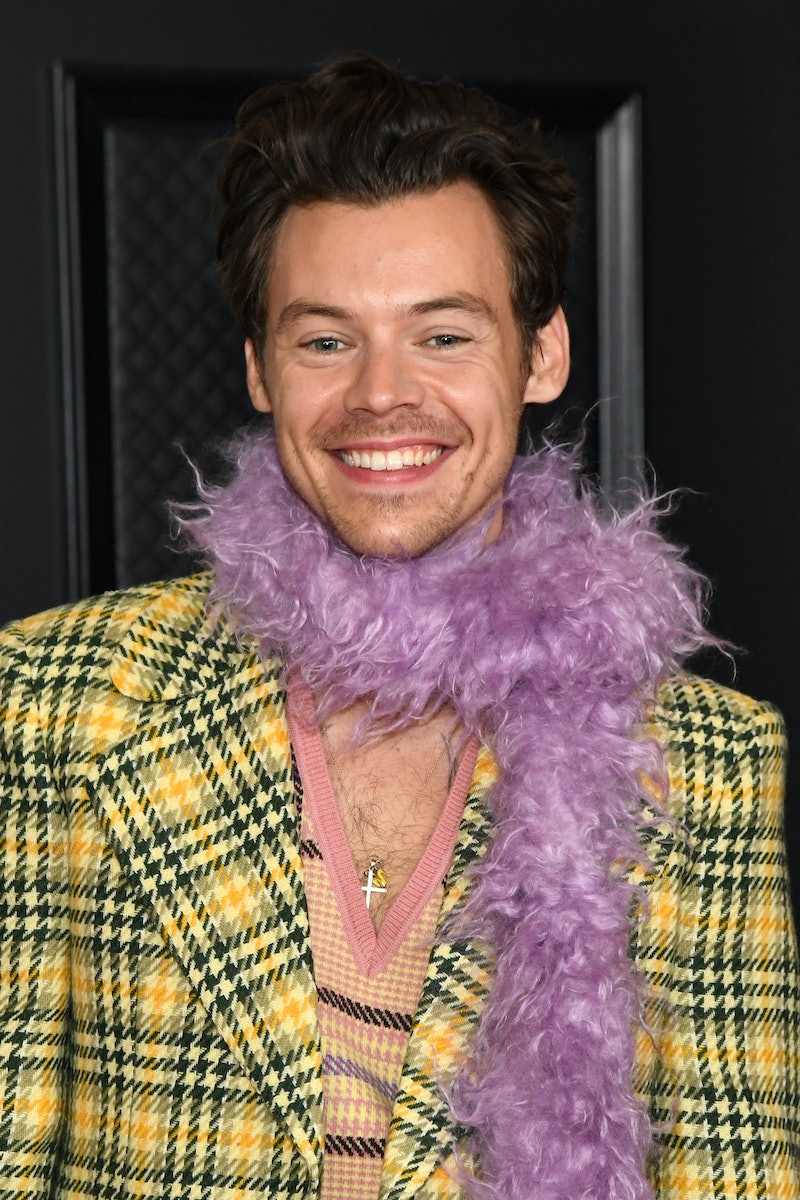 Between Don’t Worry Darling and My Policeman, Harry Styles has a lot of film projects in the works. However, it seems that the “Watermelon Sugar” singer’s acting career is nowhere near over. According to Variety, Styles has been cast as a major character in the Marvel Cinematic Universe, and already, fans on the internet have descended into a total meltdown.

The exciting news was shared on Twitter by Variety’s Senior Film Writer, Matt Donnelly, who revealed that the former One Direction star has been cast as Thanos’ brother Eros (aka Starfox) in The Eternals. While not much is known about the role so far, the outlet reported that the pop star will likely star “alongside Josh Brolin’s Thanos in the Avengers movies.”

According to Marvel, Eros is described as “an Eternal who loves life, adventure, and romance.” Although the character has not “developed his full potential,” Eros has various powers including superhuman strength, durability, metabolism, and regenerative powers. He also “possesses the ability to stimulate the pleasure centers in other people’s brains, often emitted unconsciously, causing a euphoric effect.”

Of course, as soon as the “Adore You” singer’s fans heard the news, they took to Twitter to freak out in unison. “Harry Styles is in the MCU,” Twitter user @thisiskick wrote. “I’m gonna throw up. I’m so sick.” Another fan suggested that landing such an iconic role points to the singer’s influence. “HarryStyles is in MCU,” @_louistommo28 tweeted. “The power he holds.” Many other fans took to Twitter to share memes about the casting news.

As excited as some fans are, others aren’t as thrilled that the 27-year-old pop icon is joining the MCU. “We do not need Harry Styles in the MCU,” Twitter user @jnkcole wrote with clapping emojis between each word. @advitinsoho thinks that director Christopher Nolan — who cast Styles in 2017’s Dunkirk — is responsible. “I blame Nolan for Harry Styles being in the MCU,” they wrote. “Mf should’ve never given him a serious acting role to begin with.”

So far, Styles hasn’t spoken about his reported role in The Eternals. However, while promoting Dunkirk in 2017, he did open up to Variety about how much of an honor it was to do a film. “I started acting when I was younger in school,” he said at the time. “I’ve always liked it, and have always been a massive fan of movies. When I heard about this, I just wanted to be involved. It’s an honor to be a part of this important story.”

More like this
Harry Styles Just Split His Pants In Jennifer Aniston’s Face
By Sam Ramsden
Alicia Silverstone Revives Her 'Clueless' Character In This Super Bowl Commercial
By Jake Viswanath
How Andrea Riseborough Got Nominated — & Almost Disqualified For An Oscar
By Jake Viswanath
Austin Butler Recalls Lisa Marie Presley Showing Him Elvis’ Bedroom
By Jake Viswanath
Get Even More From Bustle — Sign Up For The Newsletter
From hair trends to relationship advice, our daily newsletter has everything you need to sound like a person who’s on TikTok, even if you aren’t.