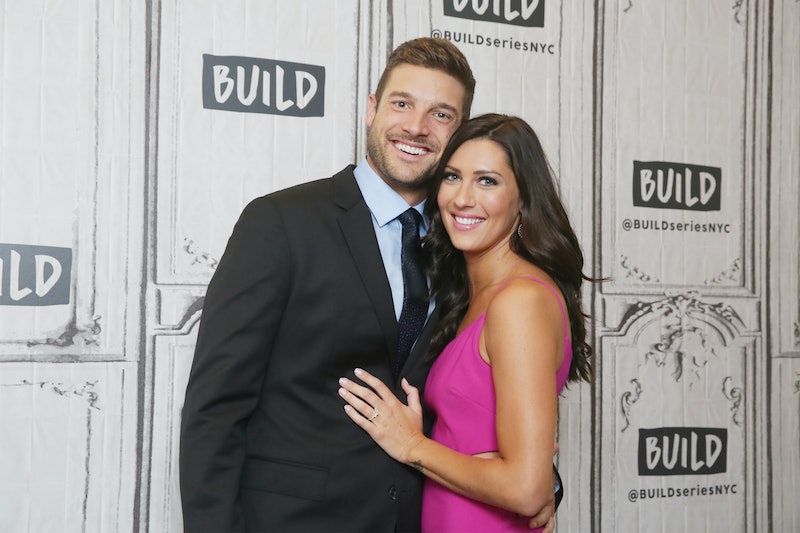 Entering into the reality dating game can be a tricky tightrope to walk. If the series itself isn’t hard enough – Will they? Won’t they? – what comes after the cameras have gone and you’re left to your own devices can be even more challenging. For the few that make it, it can be a dream come true, but sadly the majority don’t last in the “real world”. The latest in reality TV splits is The Bachelorette's Becca Kufrin and Garrett Yrigoyen who have reportedly broken up, ending their two-year engagement.

Some eagle-eyed fans may have noticed something was missing from Garrett's Instagram account on Wednesday (August 5) after the 31-year-old removed a highlight reel of Becca, 30, entitled “Becca Spills,” which featured a series of Instagram stories of his fiancée.

The split comes after Garrett posted public social media support for the police on Black Out Tuesday in early June. The California native, who has previously been under fire for liking offensive homophobic and racist posts on Instagram in 2018, posted a “Thin Blue Line” flag on the platform, now widely regarded as a pro-police slogan associated with the Blue Lives Matter movement, in support of officers who were “suffering” due to the nationwide protests in the aftermath of George Floyd’s death in Minneapolis, Minnesota.

Becca addressed the controversy on an episode of Bachelor Happy Hour podcast, where the Minneapolis native publicly expressed her stance on his post: “Garrett is my fiancé and I love him and to his core, I believe that he is a good person,” she shared, adding “I don't align with and I don’t agree with” his social media post, confirming that she doesn’t support or condone his statements or actions.

Becca left the couple’s home in Carlsbad, California, to quarantine with her family in Minnesota following the drama, sparking rumours that the controversy had caused a rift in their relationship. “It’s something we are trying to work through,” Becca added on the podcast episode with Rachel Lindsay.

The Bachelor Nation was first introduced to Becca when she competed on the 22nd season of The Bachelor in 2018, where she competed for the attention of Arie Luyendyk Jr. Though their love story initially ended with a proposal, Arie publicly broke things off on air and decided to reconcile with runner-up Lauren Burnham (who are now married with a baby girl).

Following heartbreak on her first foray into reality dating games, Becca was chosen as the lead for the following season of The Bachelorette. The publicist had an instant connection with Garrett, who took Becca fishing in the swimming pool due to her fond memories of growing up fishing with her dad, and gave him the first impression rose at the first rose ceremony. The couple ended the season together in the Maldives, where Garrett proposed, and had been together since, moving to Carlsbad, California with their corgi, Minno, after the season ended.

Becca and Garrett have not responded to requests for comment at this time.