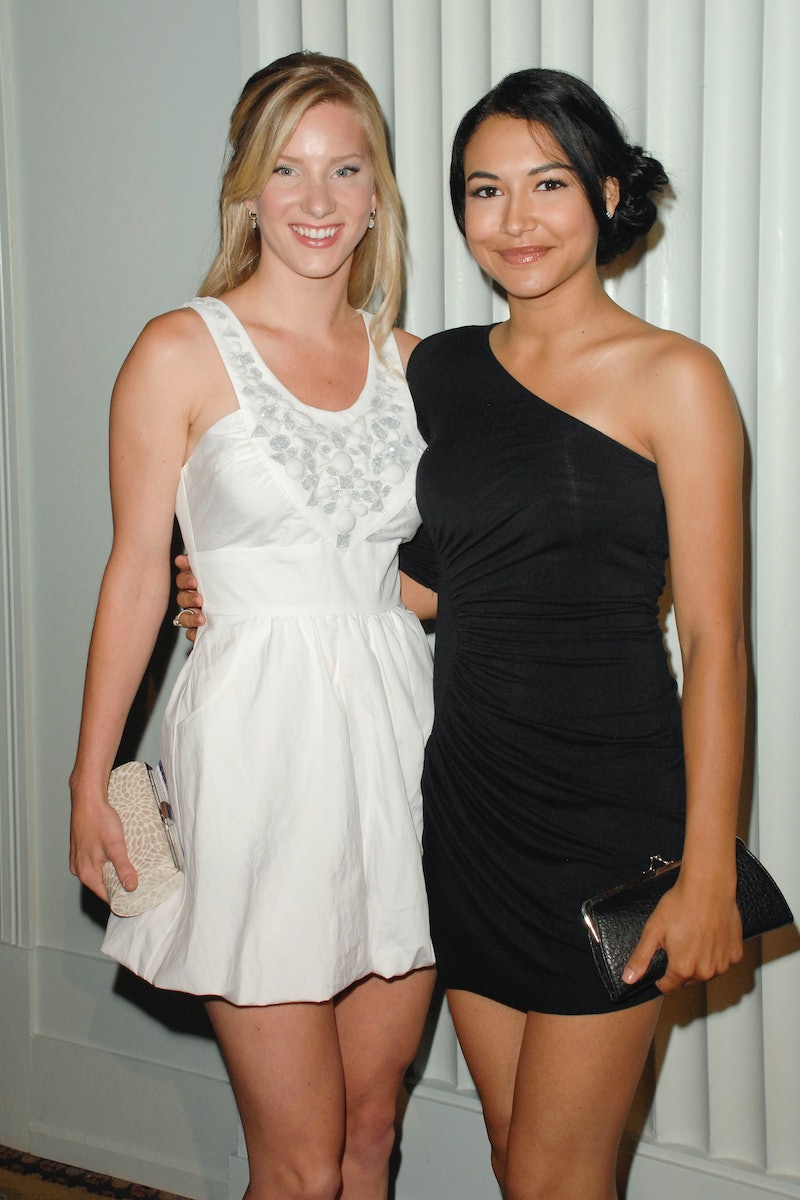 As the search for actor Naya Rivera continues into its fourth day, Heather Morris volunteered to assist authorities with the search for her former Glee co-star. Morris tweeted at the Ventura County Sheriff’s Office on July 11, and said she wanted to conduct her own on foot search and rescue mission at Lake Piru, the reservoir in Ventura County, California where Rivera disappeared from on July 8. In response to a tweet that said Saturday’s operations were winding down and would resume Sunday, Morris said she wanted to do more.

“My name is Heather Morris, I'm Naya's close friend and co-worker, and I'm trying to conduct an on foot search and rescue mission along with a small group of friends at Lake Piru,” Morris tweeted. “I understand your team is doing EVERYTHING in their power, but we are feeling helpless, powerless and want to help in any way.” She added that she left a message with the rescue and air department and would call again the following day.

The official account for the Ventura County Sheriff advised against civilians mounting their own search due to the area's dangerous terrain and the current high temperatures. "For those intent on searching for Naya Rivera on your own, 1. The lake is closed. 2. Temps are already in the 90’s. 3. The terrain around the lake is very steep and rugged," they tweeted. "Our teams are well equipped and highly trained. We don’t want to have to rescue you."

Rivera went missing after she rented a boat at Lake Piru on July 8 with her 4-year-old son, Josey. The two embarked into the water at noon, and approximately three hours later, another boater discovered Rivera’s son on board, asleep and unharmed. A search-and-rescue operation began for Rivera soon after. While the actor has been presumed drowned by authorities, the search is still ongoing and has since been classified as a “recovery mission” rather than a “rescue mission.”

Shortly after her disappearance, Rivera’s Glee co-stars Harry Shum Jr., Max Adler, Dot-Marie Jones, and Damian McGinty took to Twitter to call for prayers. Singer Demi Lovato, who guest starred in a few episodes of Glee in 2013 as a potential love interest for Rivera’s character, also called for prayers for the actor to be “found safe and sound” on her Instagram Story.

In one of her most beloved roles, Rivera starred as Santana Lopez in the Fox musical drama series Glee, which aired for six seasons between 2009 and 2015. Since then, she’s starred in the Lifetime series Devious Maids, the comedy film Mad Families, and, most recently, the YouTube web series Step Up: High Water. In Glee, Rivera often starred opposite Morris, who played Brittany Pierce, Santana’s best friend and eventual partner. The two characters get married by the end of the series. Prior to her tweet inquiry about the search, Morris thanked authorities for their efforts to find Rivera.

She tweeted, “Thank you to the Tulare County, Los Angeles County, San Louis Obisbo, and all who are working tirelessly right now in the search and recovery of our Naya.”

More like this
Taylor Swift Visited The 'Glee' Set For This Bizarre Season 5 Episode
By Grace Wehniainen
'RHOSLC’s Heather & Whitney Are Still On A “Friendship Break” After Season 3 Reunion
By Jake Viswanath
We Finally Have Some Answers To How Heather Gay Got A Black Eye On 'RHOSLC'
By Samantha Rollins
Reese Witherspoon Confirms This Fan Favorite Will Return For 'Legally Blonde 3'
By Jake Viswanath
Get Even More From Bustle — Sign Up For The Newsletter
From hair trends to relationship advice, our daily newsletter has everything you need to sound like a person who’s on TikTok, even if you aren’t.