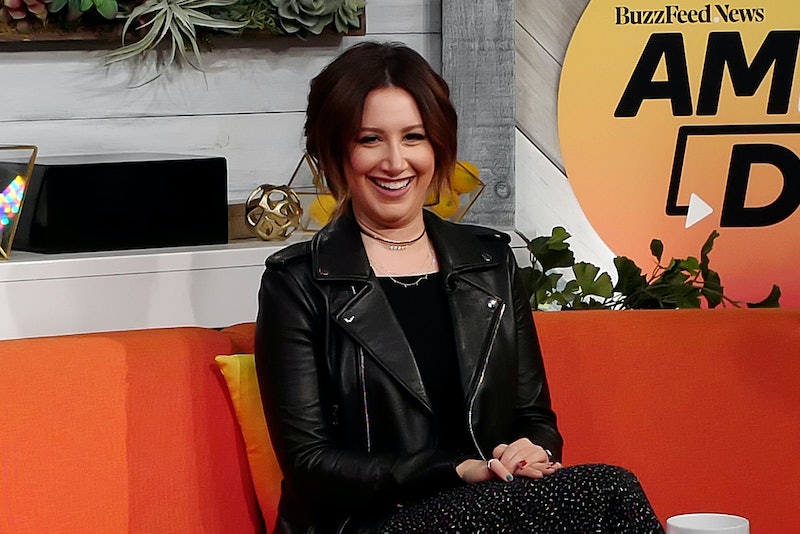 No surprise here, but the coronavirus pandemic is keeping us from enjoying yet another thing. Ashley Tisdale just addressed rumors of a High School Musical reunion to celebrate the upcoming 15th anniversary, and it seems like the East High gang isn't interested in organizing a meet-up.

In a new interview with E! News, the actor and singer reflected on when the HSM cast celebrated the film's 10th anniversary in 2016. Knowing fans may be expecting something similar in January 2021, the former Disney star warned fans not to expect the same. "We all did get together," she recalled. "But I don't see us getting together again. It's really awesome, obviously, and it's so sweet that everybody likes to count each year for all three of [the films]. For us, there's always an anniversary." However, this doesn't mean the cast is not in touch at all. "We're all also really good friends, and we talk in our everyday life," she reaffirmed. "I don't see us getting together, especially in this ominous time of quarantine."

As a soon-to-be mom — Tisdale and husband Chris French announced her pregnancy in September — the star has even more reason to stay safe at home. Plus, she admitted that she had no clue the 15th anniversary was even coming up. "I've honestly lost track because every single year, there is an anniversary for one of those movies," she explained. "I expect that every year there is gonna be another anniversary. It's just... kind of crazy. I feel like we celebrate it every single year almost at this point."

HSM fans shouldn't get too upset about Tisdale nixing the idea of a reunion considering what the cast already gave us this year. Back in April, the "Bop To the Top" singer reunited virtually with costars Vanessa Hudgens, Corbin Bleu, Lucas Grabeel, Monique Coleman, Kaycee Stroh, and director Kenny Ortega to perform "We're All In This Together" for ABC's Disney Family Singalong. Even Zac Efron (aka Troy Bolton) joined in on the fun, albeit by introducing the performance rather than participating in it.

Plus, with how close this cast is, another reunion is bound to happen when it's safe and the occasion feels right. In fact, Hudgens plans to reunite with longtime BFF Tisdale very soon and become her baby's "fairy godmother," as she told Entertainment Tonight in November. "I'm just so excited to get back to L.A. to sing to her baby and her stomach," she said. "I am just over the moon for her and Chris. They are just gonna make such incredible parents. I cannot believe it still, but I'm very emotional and very excited about it."