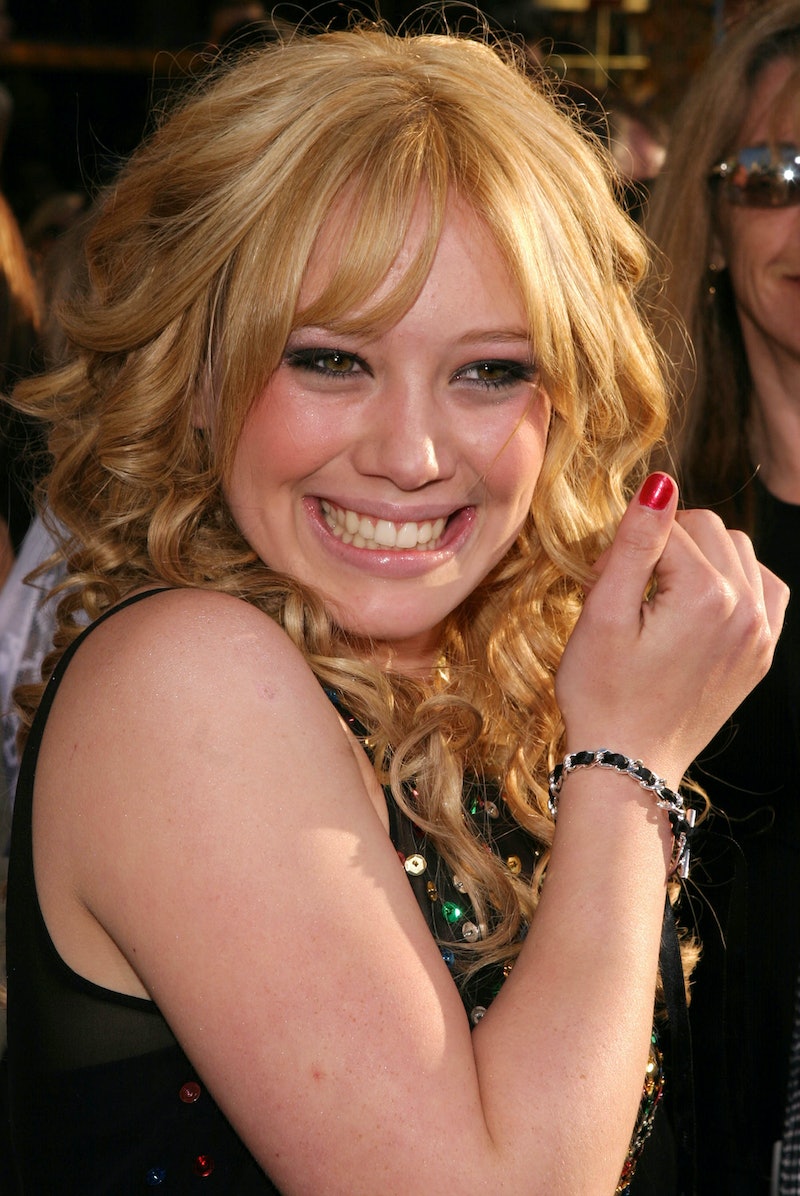 Hilary Duff played the iconic, relatable character of Lizzie McGuire for 65 episodes through the series' original run on Disney Channel, an ultra-successful spin-off theatrical film, and two episodes of the ill-fated Disney+ revival. Considering the show launched Duff's decades-long career, it's nearly impossible to imagine a world in which she didn't get the part. But according to Lizzie McGuire's executive producer Stan Rogow, Duff didn't exactly nail her first audition.

Rogow (and much of the Lizzie cast and crew) recently spoke to Vice for the 20th anniversary of the original series' premiere, and he revealed that Duff "bombed" her first audition for the role of McGuire. "She did bomb the audition," Rogow said. "But it was so cute and charming that it was like, okay, let's bring her back. And she just kept on getting better."

Robin Lippin, the show's casting director, added, "Was she Meryl Streep at 12? No. Very few child actors are." She continued, "But there was something so appealing about Hilary that even when she screwed up, you still really liked her, and you were rooting for her. In TV, it's so much about personality, and her natural qualities and how real she was won over."

It's understandable that Duff didn't nail the audition on her first try. After all, her biggest acting credit at the time was Casper Meets Wendy, and a sitcom titled Daddio had just hired and fired her. "I told my mom, 'I want to go back to Texas,' and she's like, 'Sure,' but I had one more audition left. It was for Lizzie McGuire," Duff said in a 2003 interview with Fox News.

Per Rogow, it was Duff's awkward demeanor that made her perfect for the role. After working with an acting coach, she found her footing and settled into the character. "The secret sauce of Lizzie McGuire was casting Hilary. It was just very, very simple," he told Vice. "She was nice and sweet, and you wanted her to be your best friend. Hilary pulled that off because it's who she was. It ended up being this perfect blending of character and actor."

The Lizzie McGuire cast also spoke to Vice about the show's planned revival, which Disney+ canceled before any episodes aired. Variety reported that the network was uncomfortable with the reboot's adult material, and Duff publicly asked for the show to be moved to Hulu so its edgy storylines could be executed as planned.

Robert Carradine, who played Lizzie's father on the original series, spoke of his surprise when Disney+ pulled the plug on the reboot. "When we did the read-through of the first two scripts, there were literally three rows of chairs, and in each chair was some kind of a Disney executive. I mean, there were 25 of them in there. And they were laughing their asses off," said the actor. "Every single step of that trajectory had to be greenlit by somebody who's high up in the organization. So, you go to all that trouble, and they decide at the last minute, out of the blue, that it needs to be more kid-friendly? I don't get that."

“When I walked onto the set of the rebuilt McGuire house for the reboot, it felt like such an unreal homecoming, an overwhelming childhood nostalgia. It saddens me greatly that the fans don't get to share in that feeling,” added Jake Thomas, who played Lizzie's snarky little brother in the series.

Hailee Todd, who played the matriarch of the McGuire family, expressed plainly that the reboot's cancellation was a downer. "I'm sad. We had the best time when we got together for those two episodes. It felt like no time had passed, except that all of a sudden these kids were adults," she shared. "It just seems ridiculous. There's always more to it than you hear, and I certainly am not privy to those conversations in the back room."

The revival's cancellation may not be what dreams are made of, but hey now, you can still relive your Y2K days by streaming Lizzie McGuire and The Lizzie McGuire Movie on Disney+.