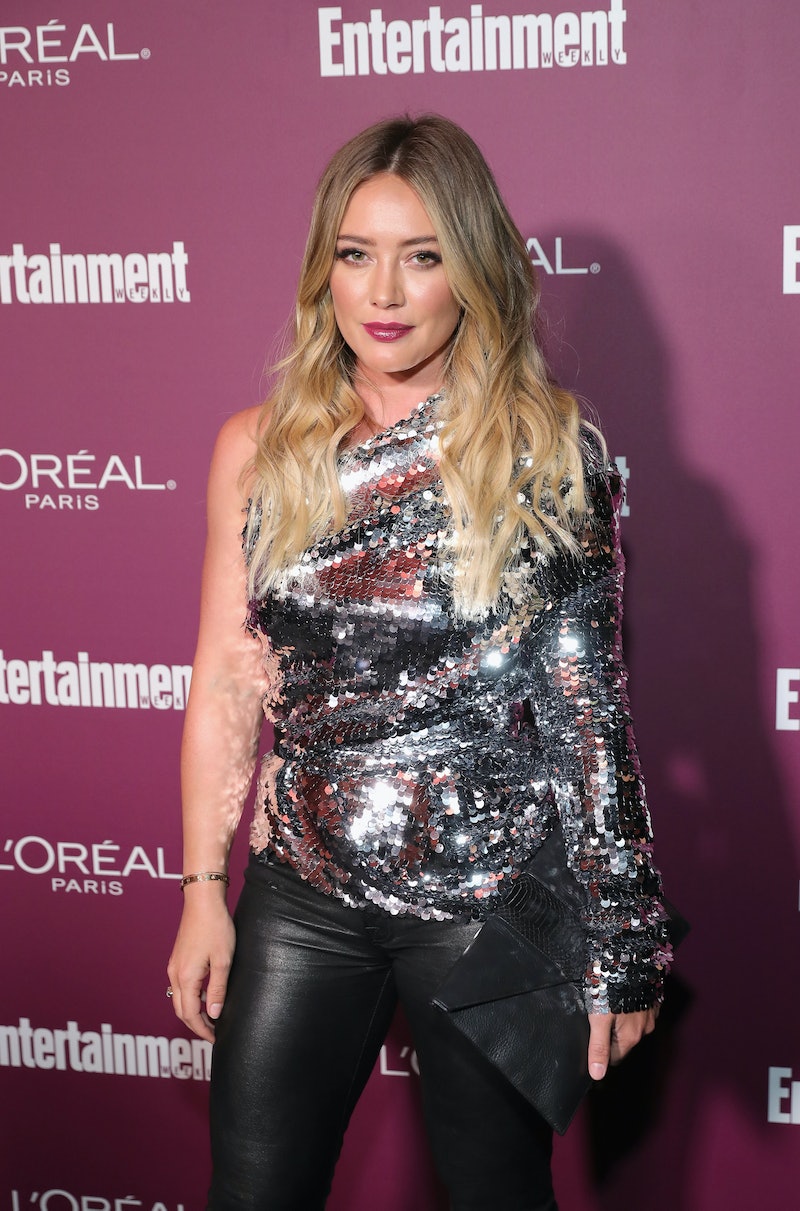 Sorry, Lizzie McGuire fans, but it's time to say goodbye to the Disney Channel series for good. On Wednesday, Dec. 16, Hilary Duff took to social media to announce that the planned Disney+ reboot — which was first announced in August 2019 — won't be happening at all despite everyone's best efforts to make it work for longtime fans of the series.

"I've been so honored to have the character of Lizzie in my life," the actor wrote in a statement posted on Instagram. "She has made such a lasting impact on many, including myself. To see the fans' loyalty and love for her, to this day, means so much to me." The show's final episode aired in February 2004, and although it spanned just two seasons, fans have been singing the show's praises and expressing their desire for a reboot ever since.

In the summer of 2019, it seemed like their dreams were finally coming true when Disney+ announced that Duff would reprise her role for the show's reboot. But days after the streaming service released a first look at the series, creator Terri Minsky walked away from the project with only two episodes filmed. After Minsky's exit, the future of the reboot remained unclear as production searched for a replacement.

"I know the efforts and conversations have been everywhere trying to make a reboot work but, sadly & despite everyone's best efforts, it isn't going to happen," Duff's statement continued. "I want any reboot of Lizzie to be honest and authentic to who Lizzie would be today. It's what the character deserves." Keeping the show authentic has always been a priority for Duff, who, like Minsky, wanted to move the reboot from Disney+ to Hulu so that the adult character would not be restrained by a PG rating.

"Was incredibly excited to launch Lizzie on D+ and my passion remains!" Duff wrote on Instagram in February. However, I feel a huge responsibility to honor the fans' relationship with LIZZIE who, like me, grew up seeing themselves in her. I'd be doing a disservice to everyone by limiting the realities of a 30 year old's journey to live under the ceiling of a PG rating."

The reboot was supposed to show Lizzie navigating her life in New York City as a grown, 30-year-old woman. According to the show's description, she had her dream job as an apprentice to a decorator and her dream man. But with the limitations of a PG rating, both Duff and Minsky felt they couldn't tell a realistic version of Lizzie's story. Instead, they would have to pander to the streaming platform, which seemingly wanted something a bit more family-friendly.

After the original plans for the series fell through early this year, Lizzie McGuire fans didn't get many updates about the show's status. That is, until now. "We can all take a moment to mourn the amazing woman she [Lizzie] would have been and the adventures we would have taken with her," Duff's statement continued. "I'm very sad, but I promise everyone tried their best and the stars didn't align. Hey now, this is what 2020s made of."