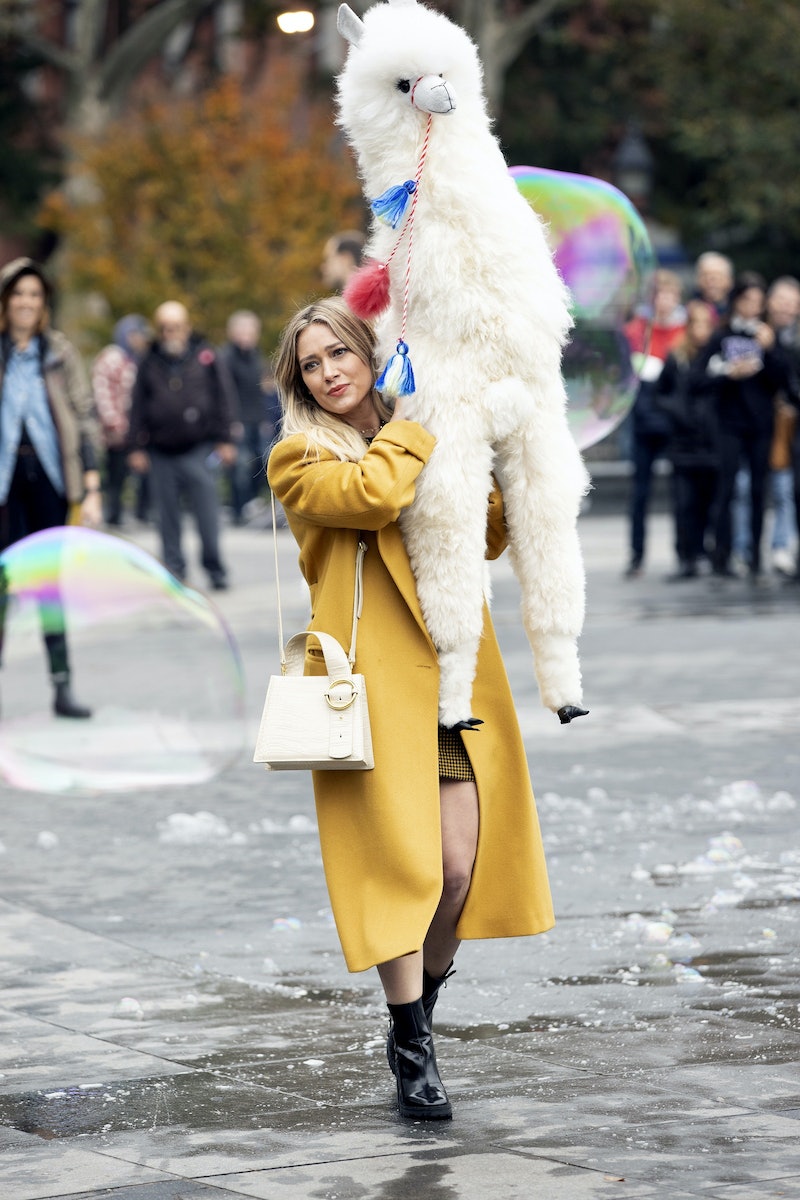 In a new interview with E! News, Duff revealed that she and the reboot's creative team were still talking to Disney+ about how to move forward with the reboot. "We are very much still in conversation with them a couple of times a week, which is really nice," she said, adding that "a lot of writing is happening" for the show during quarantine. "We started shooting, and then obviously that got on hold for a couple of different reasons not involving the pandemic," she said. "But you know what, I have high hopes that we are going to make it work."

However, echoing what she said in February, Duff will not compromise on showing Lizzie in a more mature way and respecting the fans' relationship with the character. "It's like a responsibility, honoring her and the fanbase that grew up with her," she said. "We kind of put her on pause, and had to go back to the drawing board, but I feel optimistic that it will happen."

Production on the reboot was initially halted in January 2020, when showrunner and creator of the original series, Terri Minsky, left the show due to creative differences. "Fans have a sentimental attachment to Lizzie McGuire and high expectations for a new series," Disney said in a statement to Variety at the time. "After filming two episodes, we concluded that we need to move in a different creative direction and are putting a new lens on the series." Adam Lamberg, Jake Thomas, Hailee Todd, and Robert Carradine were all set to reprise their roles from the OG show, alongside Duff. And the move disappointed fans, who had been waiting to revisit Lizzie for over a decade.

Rumors spread that the show was on hold due to concerns of adult content. And Duff publicly pleaded with Disney to move the show from Disney+ to Hulu so she could bring Lizzie to life without restrictions, seemingly confirming the rumors. "I'd be doing a disservice to everyone by limited the realities of a 30-year-old's journey to live under the ceiling of a PG rating," she wrote on Instagram, hinting that Disney+ wanted the reboot to be more kid-friendly than millennial. "It's important to me that just as her experiences a preteen/teenager navigating life were authentic, her next chapters are equally as real and relatable."

While the actor's latest updates are encouraging, she did warn that nothing was official yet. "We are being told to have patience, which is good," she said. However, she thinks that fans showing an "outpouring of love and excitement" for Lizzie might sway Disney+ in the right direction. "I think they can continue to be vocal about wanting to see the show," she said. Let operation #SaveLizzieMcGuire begin.

More like this
Hilary Duff Is “Optimistic” About A 'Lizzie McGuire' Reboot
By Alyssa Lapid
The Banned 'Friends' Ad Shows Monica As You’ve Never Seen Her Before
By Sam Ramsden
'Friends' Star Maggie Wheeler Offers Support To Matthew Perry After Reading His Memoir
By Alyssa Lapid
Ashton Kutcher Wants Danny Masterson “To Be Found Innocent” In Rape Retrial
By Jake Viswanath
Get Even More From Bustle — Sign Up For The Newsletter
From hair trends to relationship advice, our daily newsletter has everything you need to sound like a person who’s on TikTok, even if you aren’t.