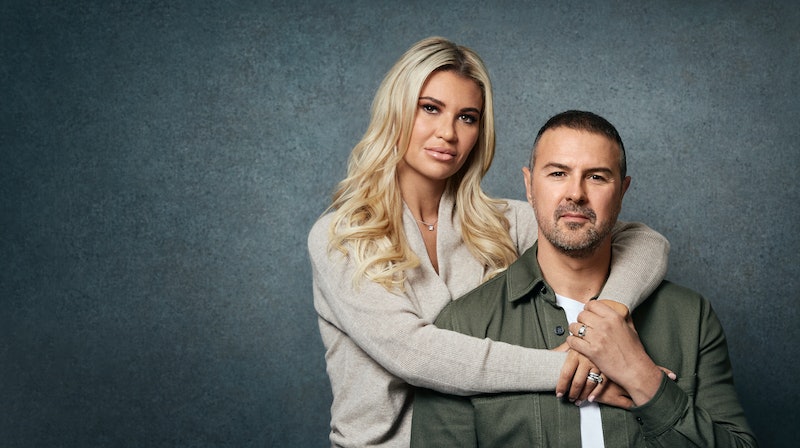 TV presenter Paddy McGuinness and his wife, Christine, share three children together. Twins Leo and Penelope and younger daughter Felicity, each of whom has been diagnosed with autism. In a raw and intimate BBC documentary, the family open up about what life is really like living with the condition. But, what else is there to know about the McGuinness family, and how did Paddy and Christine McGuinness meet?

Originally from Merseyside, Christine enjoyed a career in the competitive field of beauty pageants before meeting Paddy, and once took home the Miss Commonwealth crown and won Miss Liverpool, The Sun reports. While modelling at the Liverpool Tennis Tournament in 2007, Christine bumped into the Take Me Out host, and it wasn’t long before things got serious between the pair.

Speaking previously to the Liverpool Echo, Christine recalled the moment she and Paddy first met. “We had a mutual friend there who introduced us but I can’t say I was starstruck – I’d never seen him on anything.” She added, “I knew who Peter Kay was, obviously, and I’d heard of Max & Paddy, but I’d didn’t realise it was him. He made me laugh, though, he is quite a charmer and we just clicked.”

Per The Mirror, Paddy proposed to Christine on Christmas Day in 2008. Two years later, in 2010, the couple tied the knot in a wedding ceremony held at Wirral’s Thornton Manor.

As mentioned, Paddy and Christine have gone on to have three children together, twins Leo and Penelope, who were born in 2013, and daughter Felicity, who was born in 2016.

In the BBC documentary Paddy And Christine McGuinness: Our Family And Autism, which is produced in partnership with The Open University, the couple are followed over several months as they embrace and research their three children’s autism diagnosis.

As well as following the McGuinness family living day-to-day life at home, viewers also get to see Paddy and Christine meet with experts and other parents of children living with autism in order to move closer together and come to a much stronger understanding of what autism means for their family.

Paddy And Christine McGuinness: Our Family And Autism is now available on BBC iPlayer.