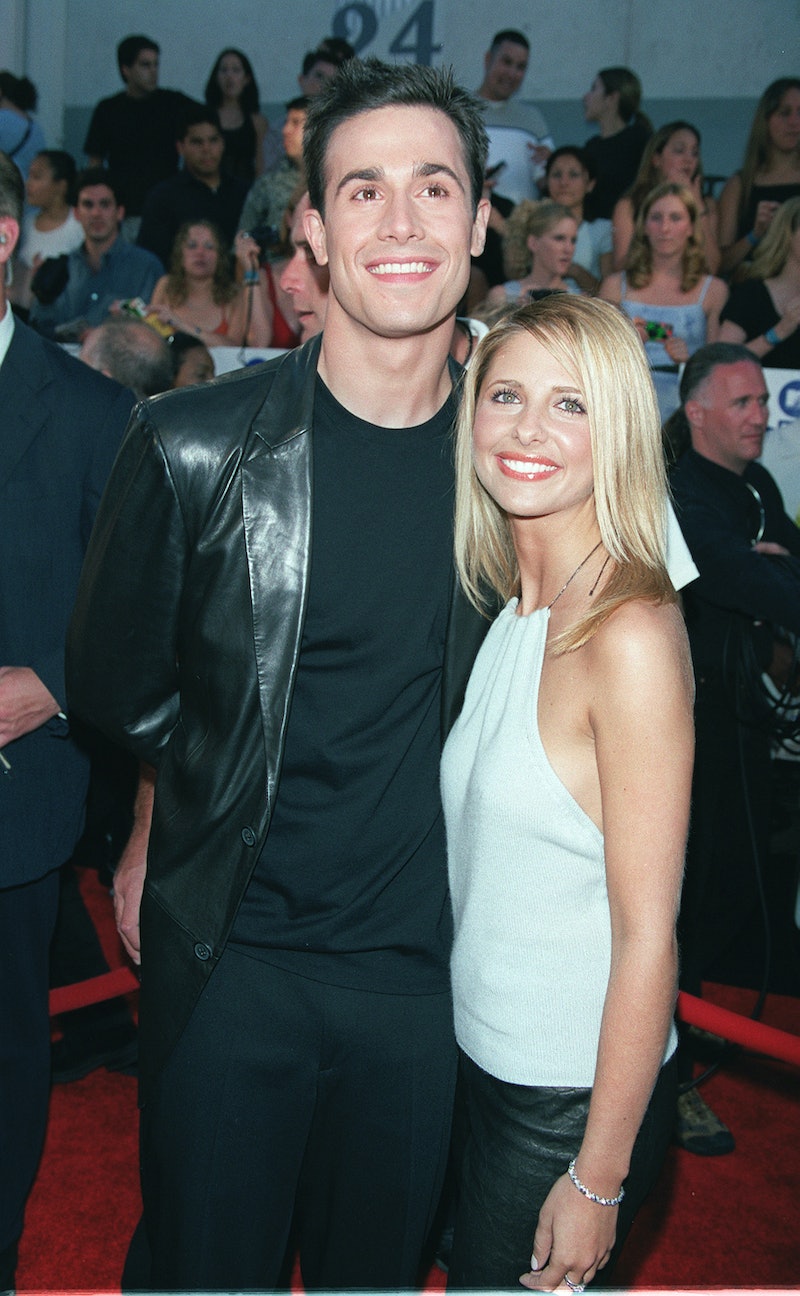 With two decades of marriage firmly under their belt, Sarah Michelle Gellar and Freddie Prinze Jr. have definitely proven that couples can make it in Hollywood after all. The pair recently celebrated twenty years of marriage earlier this year and shared their adoration for one another through some particularly cute Instagram posts, with Gellar sharing a throwback photo of their wedding day captioned “20.” We recently saw Gellar in the ‘90s inspired Do Revenge, and Prinze is now also back on our screens in his new Christmas film, Christmas With You. But how did Gellar and Prinze first meet?

The couple first met in 1997 when filming for the hit horror film, I Know What You Did Last Summer. However, the actors’ romance didn’t officially start until three years later, in 2000. Speaking about their budding romance at the time, Gellar told PEOPLE in 2002: “We had made plans for dinner with a mutual friend and the person cancelled. We decided to have dinner anyway and never looked back.”

In 2020, Gellar re-shared this story in an Instagram post for the couple’s 20th anniversary together. “20 years ago this week, my friend Freddie Prinze Jr. and I were supposed to have dinner with a mutual friend from out of town. That friend missed her flight, but we decided to still meet and catch up. Now 20 years together, 17 plus married and two kids, we still go to that restaurant for dinner,” the caption read.

In 2021, speaking on their beginnings, Prinze reiterated Gellar’s sentiment and said he knew he was going to “get married and that I was going to propose. I didn't know when or how.”

An iconic moment in the couple’s relationship include them famously sharing a kiss for the Kiss Cam whilst on a date at the New York Knicks game in May 2000. The pair were engaged in April 2001 and went on to marry a year later, holding their wedding ceremony on Sept. 1, 2002 in Mexico at the El Careyes resort. Gellar and Prinze share two children together — 13-year-old Charlotte Grace Prinze and 10-year-old Rocky James Prinze.

As well as staying together romantically, the pair have also gone on to act together. In 2002, the engaged pair acted as the cartoon couple, Fred and Daphne, in the live-action Scooby-Doo film and reprised their roles for Scooby-Doo 2: Monsters Unleashed in 2004.

For her husband’s 46th birthday this year, Gellar shared a birthday tribute on Instagram which showed a selfie of them together. The caption read: “... there is no man that is a bigger champion and friend to women than you. I couldn’t think of someone better to raise a daughter with or to teach a son, what it truly means to be a good man. Happy birthday FP.”

And the key to their long-lasting marriage? “Make the most of the time that you have. We are all pulled in so many directions, so make sure that, whichever one you are focusing on, you’re present,” Gellar shared.