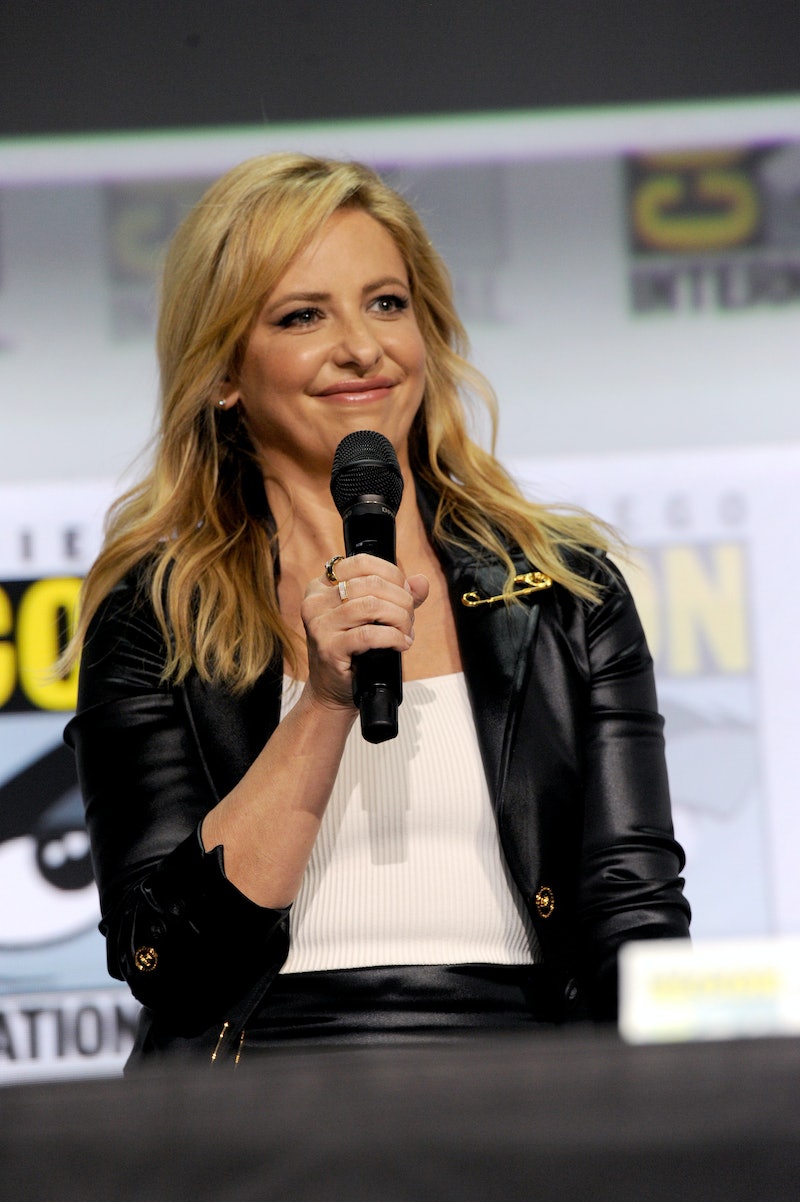 Sarah Michelle Gellar has gone from hunting supernatural creatures as Buffy to being embroiled in werewolf drama. As reported by Deadline, the actor made a guest appearance at the San Diego Comic-Con on Jul. 21, joining Teen Wolf stars Tyler Posey and Tyler Hoechlin onstage, to reveal that she has joined the cast for the upcoming Wolf Pack series.

The new Paramount+ series will be a spinoff of the popular 2011 Teen Wolf drama series. Written and executive produced by Teen Wolf executive producer Jeff Davis, Wolf Pack will be based on the book series of the same name by horror writer Edo Van Belkom.

The story follows a teenage boy and girl, Everett and Blake, who get caught in a California wildfire that awakens a supernatural creature. The pair then discover that they are werewolves, and develop an intense bond as they navigate their new powers. They soon encounter two other teens – the adoptive children of a park ranger, who lived through a similar wildfire almost two decades before.

Sarah Michelle Gellar will star as arson investigator Kristin Ramsey, an expert in her field who was brought in to catch the teenage arsonist who started the massive wildfire — which may have also reawakened a supernatural predator that ends up terrorising Los Angeles. She will also be an executive producer on the show.

Gellar has starred in several iconic roles over the years, including the fantastically devious Cruel Intentions, I Know What You Did Last Summer, the live-action Scooby Doo films, and, of course, her most renowned role as the title character in the Buffy the Vampire Slayer series.

Wolf Pack will premiere later this year for both the US and international markets, and will be available to stream on Paramount+.

In other news from the Teen Wolf universe, Davis is also writing and producing Teen Wolf: The Movie, a Paramount+ original film that is a follow-up to the original Teen Wolf series. Tyler Posey and Tyler Hoechlin will both be reprising their roles as Scott McCall and Derek Hale in this new film.