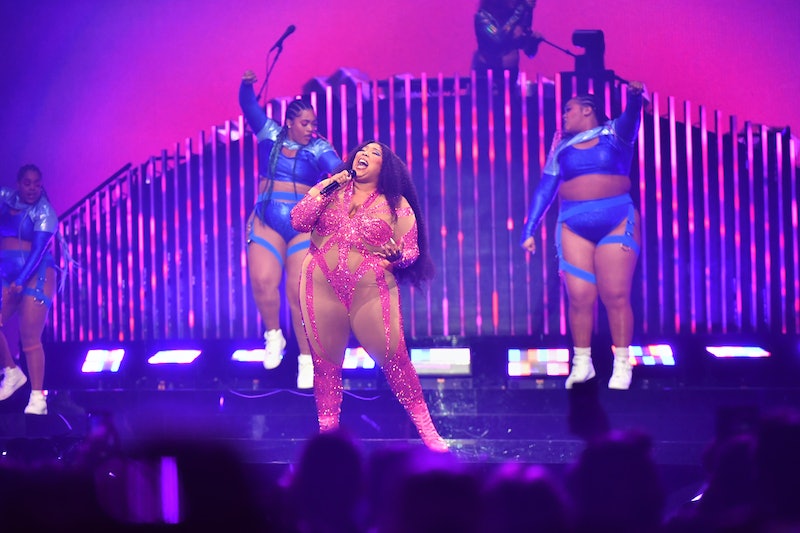 It’s felt like forever since Lizzo last toured the UK. And indeed, three long years have passed since the Detroit-born, Houston-raised rapper, singer, and classically-trained flautist bought her breakthrough third album Cuz I Love You this side of the Atlantic. Since then, we’ve seen one of her biggest hits yet (“About Damn Time”) and there’s also her recently-released record, Special, to celebrate. Kicking off in Glasgow, The Special Tour will also stop at Birmingham, Manchester, and London. Want to catch Lizzo and her flawlessly-executed flute solos live in the UK? Here’s how you can buy tickets for The Special Tour.

Where Is Lizzo Touring?

Here’s a full rundown of The Special Tour and all of its pit stops across the UK in March 2023:

Where Can I Buy Lizzo Tickets?

Well, you’re in luck. Though the general sale for Lizzo’s tour first opened on Oct. 7, there are still tickets available for all four cities. Although London and Manchester, in particular, are selling fast, so time is of the essence. Especially for London, where the first date is already sold out.

How Much Are Lizzo Tickets?

Prices for the various dates vary depending on the venue and seating available. You’ll find the cheapest tickets at Birmingham’s Utilita Arena, where standing tickets (plus a selection of seated spots) are currently priced at £75.10. Meanwhile, the Platinum level tickets for Lizzo’s second London date at The O2 will set you back £150+.

If you’re after a bargain, it’s also worth setting up an alert on an ethical reselling site like Twickets, where fans can sell their unwanted tickets at face value price. There’s a chance some of the cheaper tickets that got snapped up in the sale might turn up here before The Special Tour kicks off next year.