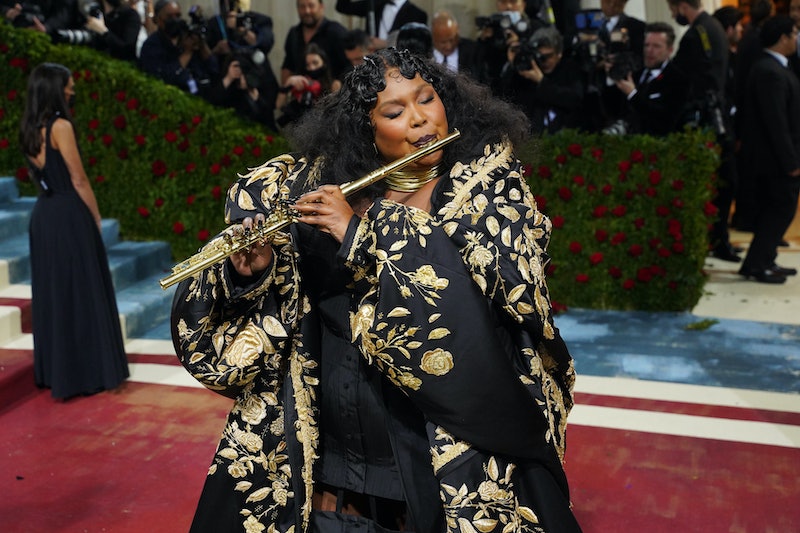 Lizzo’s concert in Washington D.C. wasn’t a scene out of Hamilton, but it came pretty close. At the Capital One Arena on Sept. 27, the singer took it back to 1776 with a special guest: a crystal flute that was once owned by James Madison, a Founding Father and the fourth President of the United States.

It all started when the head librarian at the Library of Congress tweeted at Lizzo — an accomplished and classically trained flutist — about the Library’s flute collection which they claim is the largest in the world with over 1,800 pieces. “@lizzo we would love for you to come see it and even play a couple when you are in DC next week,” Carla Hayden’s tweet from Sept. 23 read. “Like your song they are ‘Good as hell.’”

Lizzo took Hayden up on her offer, bringing the historical flute out mid-concert on Sept. 27. “This is crazy. I have to be really careful,” Lizzo explained as she picked up the instrument from its case, telling the crowd, “it’s crystal, it’s like playing out of a wine glass b*tch, so be patient.” She then stepped up to the mic and played a few notes, twerking her body as she played. After a few moments, she stopped and held the flute over her head victoriously before returning it to its case.

“B*tch I just twerked and played James Madison’s flute from the 1800s!” Lizzo exclaimed. “We just made history tonight! Thank you to the Library of Congress for preserving our history and making history cool. History is freaking cool, you guys!” On Twitter, Lizzo confirmed that she’s the “first and only person to ever play this Presidential 200-year-old crystal flute.”

After the concert, the Library of Congress shared behind-the-scenes looks at Lizzo’s visit to the Library earlier in the week, ensuring worried fans that the singer didn’t play the antique instrument without practicing and that the flutes in their collection have all been donated with the understanding that they “remain functional & be played.”

“Hearing @lizzo play some of the Library's priceless antique instruments on Monday was such a gift, and we were honored and happy to help her share that gift with her concert audience Tuesday night,” the official account said alongside a video of her practice sessions in the airy Library Great Hall. Lizzo also played a few tunes in the Main Reading Room with a similar flute to the one she played in concert, though this one was made of plexiglass and is “very rare & was manufactured when the material was first invented.”

According to the Library of Congress, the flute was gifted to Madison in 1813 for his second inauguration by French designer Claude Laurent.

After the history-making performance, the Library confirmed that the flute was back safe and sound. “We just did a DNA test,” the Library tweeted, quoting Lizzo lyrics. “Turns out: It’s 100% that [crystal] flute @lizzo played at her D.C. stop on the #SpecialTour tonight. It's safe & sound back at the Library now.”

It might not be the last time we see Lizzo playing flutes from this historic collection; head Librarian Carla Hayden invited the “About Damn Time” singer back in a follow-up tweet. “We appreciate all the @librarycongress love at the concert last night. We can’t wait to have you back.”