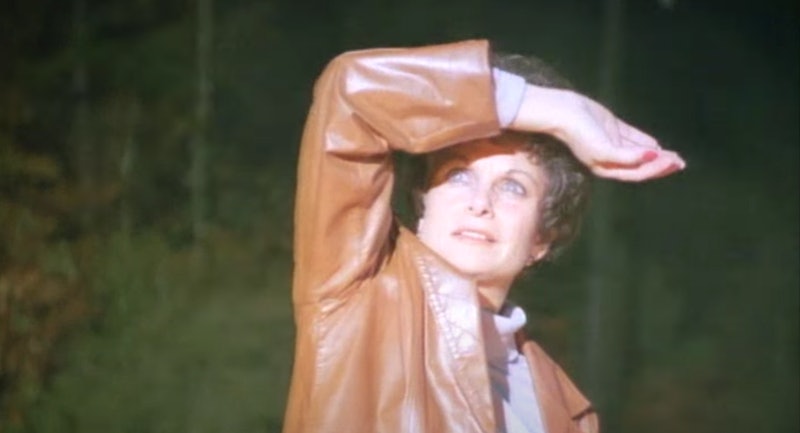 If you've already marathoned the six episodes in Netflix's reboot, you might want to stream the original Unsolved Mysteries. It's available to watch on a few different sites, though there is one caveat: the feel is a bit different than the new Netflix version.

Created by John Cosgrove and Terry Dunn Meurer, Unsolved Mysteries began in 1985 as a series of three missing persons specials. The specials were so popular that they grew into a TV series that ran for 14 seasons with nearly 600 episodes. Unlike the more serious Netflix reboot, the original show featured a campy ’80s aesthetic and used eerie (and often unintentionally hilarious) reenactments and voiceovers by host Robert Stack. From chilling murders to Bigfoot and faces on the moon, no case seemed off limits.

Unsolved Mysteries also encouraged viewers to call in with tips, and it can be credited with spawning an entire generation of armchair detectives. Dateline NBC and 48 Hours, for example, were originally formatted as timely news programs, but shifted to focus more on true crime in the wake of Unsolved Mysteries' success.

Now, there are a few places you can revisit the original show. Seasons 1 through 12 of Unsolved Mysteries are available on YouTube thanks to one of the series' distributors, FilmRise. You can also find Seasons 1 to 10, plus Season 12, on Amazon Prime Video for free with ads, courtesy of IMDb TV's Prime channel. Hulu has Season 1 as well as Seasons 8 through 12. And Peacock, NBCUniversal's new streaming site, has Seasons 1 through 12.

That makes for an endless supply of episodes to choose from. But because it might be hard to figure out where to start, here are eight of the most bizarre cases.

Possibly one of the strangest cases on Unsolved Mysteries, "Rainboy" is about a man who believes he's possessed by an evil spirit that allows him to levitate and generate storms inside buildings. It's as weird as you'd expect it to be.

Lois Duncan, who wrote the book I Know What You Did Last Summer (1997) is based on, is the focus of this terrifying episode. Her daughter Kait Arquette was shot to death while driving home from her boyfriend's house, and Duncan long maintained that it was an acquaintance of the boyfriend who did it. The case remains unsolved to this day, and Duncan died in 2016.

This episode focuses on three cases of spontaneous human combustion. While the first case can be explained away by a sweater caught on fire, the last two examples are the stuff of nightmares.

In 1976, residents of Circleville, Ohio began receiving unusual letters featuring personal information. The residents shot back, and the case only spiraled from there, including an unusual car crash, booby traps, and a wild trial.

For those interested in ghostly tales, "Resurrection Mary" centers on Resurrection Cemetery in Chicago and the mysterious figure who supposedly haunts the grounds.

In the wake of "Storm Area 51," Unsolved Mysteries' "Roswell" episode may be of special interest. It explores people's longstanding fascination with the urban legend of Roswell, which began with a 1947 crash landing.

No, this isn't about the Will Smith movies, though the episode does center around people who claim literal men in black visited them after they saw UFO sightings.

This one is noteworthy mostly because it marked Matthew McConaughey's acting debut. He appeared as Larry Dickens, who was shot by Edward Bell on his own lawn. The case was actually solved due to tips from viewers, proving that sometimes being an armchair detective pays off.

More like this
Pete Davidson Runs To Shower With Kim K In 'The Kardashians' Season 2 Trailer
By Jake Viswanath
Kim K Really Wants You To Know She's Having Sex
By Sophia Benoit
Dr. Anna Pou Is Still Practicing Medicine After Facing Murder Charges
By Brad Witter
'Children of the Underground' Subject Faye Yager Now Runs A North Carolina B&B
By Brad Witter
Get Even More From Bustle — Sign Up For The Newsletter