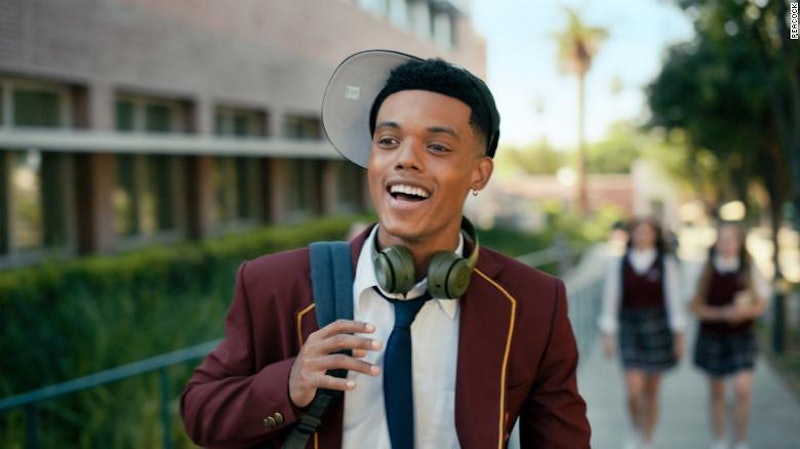 In 2019, film director Morgan Cooper uploaded a mock trailer for a reboot of ‘90s hit The Fresh Prince of Bel-Air. The video was a huge success, teasing and garnering the attention of fans who wondered how Will would navigate life in the 21st century. Now, three years on, multi-award winning actor Will Smith, who played the original Will, has turned the concept into a reality – and the first trailer of Bel-Air dropped on Jan. 10.

But the new show might be different to what fans might expect. While the themes still centre around Will moving from West Philadelphia to Bel-Air to stay out of trouble, the reboot is darker. This time around, Will finds himself involved in a lot more than just one little fight that gets his mother scared. Rather, the series features guns, fighting, and criminals wanting Will dead.

Will is now played by newcomer Jabari Banks, with the trailer also revealing the new iterations of his cousins Carlton (Olly Sholotan), Ashley (Akira Akbar) and Hillary (Coco Jones). Of course, the Banks’ family would not be complete without Aunt Viv and Uncle Phil, played by Cassandra Freeman (Atlanta) and Adrian Holmes (The Cabin In The Woods) respectively. Butler Geoffrey also returns, portrayed by In the Long Run and Holby City alum Jimmy Akingbola.

Smith has developed the gripping new series in collaboration with Cooper, and are both credited as executive producers on the show.

Luckily, fans won’t have to wait too long for the release of the revamped series, as it’s set to drop on US streaming service Peacock on Feb. 13. While this isn’t available for viewers across the pond, it has been confirmed that Bel-Air will be available to watch exclusively on Sky and NOW TV from Feb. 14.

More like this
Yes, 'The Price Of Glee' Is Available To Watch In The UK
By Catharina Cheung
A New Netflix Doc Will Explore The Unsolved Murder Of Jill Dando
By Sam Ramsden
Everything To Know About The 'Daisy Jones & The Six' TV Series
By Maxine Harrison and Brad Witter
'Grease: Rise Of The Pink Ladies' Is The Origin Story We’ve Been Waiting For
By Sophie McEvoy
Get The Very Best Of Bustle/UK
Sign up for Bustle UK's twice-weekly newsletter, featuring the latest must-watch TV, moving personal stories, and expert advice on the hottest viral buys.