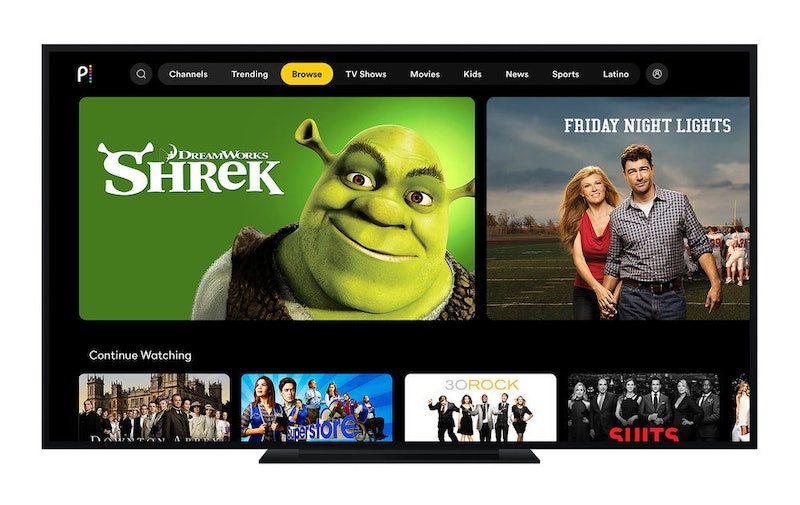 Now that NBC's streaming service, Peacock, is officially live, you're probably wondering how to watch it on your existing devices. Unfortunately, some viewers are out of luck: you can't currently watch Peacock on Roku or Amazon Fire. But that should change in the future.

"We're an essential partner for any streaming service trying to build an audience in the United States," Roku's CEO Anthony Wood told Deadline in February, adding that "it would be natural to assume that there will be some sort of deal done" between Roku and NBC.

Indeed, Roku users make up 46.9% of the device marketplace — just behind smart TVs, per Variety. So Peacock is currently missing out on a key demographic. According to CNBC, the hold-up revolves around shared advertising inventory: whereas Roku typically takes about 30% of available ad inventory, Peacock reportedly wants their cut to be closer to 15%. Still, Wood said they expect to reach a deal eventually.

This isn't the first time Roku or Amazon Fire owners have been left out of a streaming launch: the same thing happened when HBO Max was released in early June. It also took until December 2017 for Amazon Prime Video to become available on Apple TV — five years after the streaming service's launch in 2012.

Hopefully Roku and Peacock can come to an agreement a little more quickly.