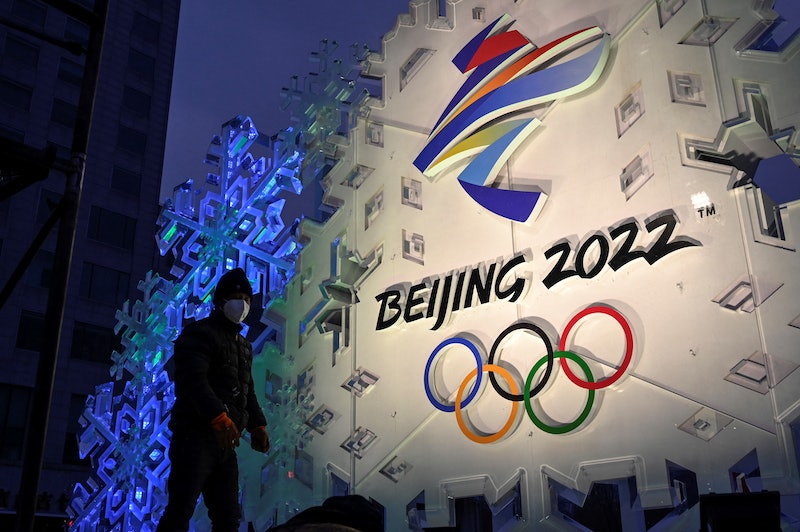 Watching the 2022 Winter Olympics in person isn’t going to be easy unless you’re a resident of Beijing, China, where the games will be held. Due to the ongoing COVID-19 pandemic, which delayed the 2020 Summer Olympics by an entire year, “spectators from outside mainland China” can’t attend the upcoming global sporting event, the International Olympic Committee announced in September 2021.

Luckily, watching the Olympics from home is easier than ever, thanks to several live TV channels and streaming services offering viewers a front-row look into the games. So you should have no problem catching your favorite winter sport, whether it’s the biathlon, bobsledding, curling, ice hockey, luge, figure skating, skiing, or snowboarding. Here’s everything you need to know about how to watch and stream the 2022 Winter Olympics.

When Do The 2022 Winter Olympics Start And End?

The upcoming Beijing-hosted Olympic Games will launch with its opening ceremony on Feb. 4 — though winter sports including curling, freestyle skiing, and ice hockey will all begin two days beforehand. Sporting events will continue through Feb. 20, when the Olympics will come to an end with its closing ceremony.

NBCUniversal has been the official broadcaster of the Winter Olympic Games since 2002, and the only way to watch every minute of the upcoming Beijing competition’s live coverage is by tuning in to NBC or the NBC Sports app via your cable provider. Given that several sporting events will go down before the opening ceremony, NBC’s coverage of the 2022 Winter Olympics will begin Feb. 3.

The opening ceremony will air at 6:30 a.m. EST on NBC, and the closing ceremony’s broadcast is set for Feb. 20 (time is TBD).

Where And How To Stream The 2022 Winter Olympics

The official streaming platform of the 2022 Winter Olympics, NBC’s Peacock will air over 2,800 hours of event coverage from the games. “As the streaming destination of the 2022 Winter Olympics, Peacock will offer the ultimate fan experience all in one place,” said the streamer’s president, Kelly Campbell, in a Jan. 5 statement. “From every live event and gold medal moment to exclusive daily shows, channels and original documentaries, viewers will be able to easily catch-up and keep up on all the action throughout the Games with our comprehensive Olympics hub on Peacock.”

Every second of NBCUniversal’s Olympic coverage will be available to stream on either of Peacock’s paid subscription tiers: the $4.99 per month ad-supported Premium version or the $9.99 per month ad-free Plus version.

On Hulu, FuboTV, And SlingTV

More like this
'Bel-Air' Season 2 Finally Has A Release Date & A New Trailer
By Brad Witter, Kadin Burnett and Sam Ramsden
Khloé Kardashian’s Son Was Born A Week Before Anyone Realized
By Jake Viswanath
Kim K Reveals The Advice Demi Moore & Kendall Jenner Gave Her For A Runway Show
By Jake Viswanath
Kim K Is Putting Kanye’s Memorabilia — Like Grammys & Clothes — In A Vault
By Jake Viswanath
Get Even More From Bustle — Sign Up For The Newsletter