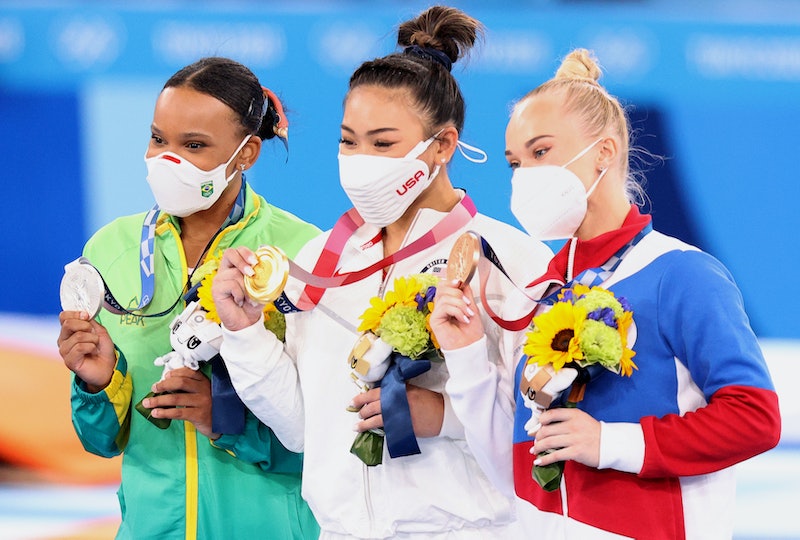 The closing ceremony of the Tokyo Olympics on Aug. 8 will mark the end of a very memorable event — and not just for all those strides on the track, water, or balance beam. From several powerful displays of solidarity to important discussions surrounding athletes’ mental health, the games delivered landmark moments. Of course, given the extended build-up to the Summer Olympics following much uncertainty and an ultimate postponement, it made sense that spectators were especially excited to see new and returning athletes take the stage this time around.

Fortunately, though, fans won’t need to wait quite as long to see the next summer games. Instead of pushing back subsequent events to 2025 and beyond after the year-long delay caused by COVID, the International Olympic Committee has opted to get back to schedule with a 2024 Summer Olympics in Paris. The French capital last hosted the games in 1924, so its upcoming hosting gig will double as a special 100-year anniversary.

Following custom, this year’s closing ceremony will see the exchange of the official Olympic flag from Tokyo to Paris in anticipation of the next global competition. As part of the symbolic handover, Tokyo Governor Yuriko Koike will give the flag to IOC President Thomas Bach, who will then pass it to Paris Mayor Anne Hidalgo to mark the new era ahead.

Given the long-running history of the Olympic Games, the decision to get back to the every-four-years schedule isn’t exactly a surprising one. After all, this year’s games have been officially referred to as Tokyo 2020 the entire time — further proof that the IOC organizers want to uphold tradition and return to some sense of normalcy after the ongoing disruption caused by COVID. As the official Olympics website describes, this summer’s ceremonies share the common theme of “Moving Forward” and “the idea the Games can bring fresh hope and encouragement to people around the world.”

Of course, this schedule means returning athletes and Olympic hopefuls will have only three years to prepare for the next games — but at least some of the pitfalls of pandemic workouts should be alleviated in that time. As Colorado climber Brooke Raboutou told Bustle last year, virtual training can get tricky. She even took to climbing around her house. “Now my daily training with my personal trainer is on Skype,” she said at the time. “It's nice to be able to still talk to her, but harder when it's not in person. A lot harder.”

If you’re a big fan of all things Olympics, you don’t actually need to wait for Paris 2024 to cheer on your faves and see more feats of athleticism on the world stage. The Summer Paralympics, also set in Tokyo, will kick off on Aug. 24. Next come the Winter Olympics in Beijing in early 2022.

More like this
'RHOSLC' Star Jen Shah Refuses To Do A Post-Sentencing Interview With Andy Cohen
By Brad Witter and Jake Viswanath
The 2023 Super Bowl Commercials Feature A 'Breaking Bad' Reunion & Missy Elliott
By Alyssa Lapid
'Breaking Bad' Duo Walt & Jesse Are Back — In This Super Bowl Commercial
By Jake Viswanath
RHOP’s Robyn Dixon Explained Why Juan Paid For Another Woman's Hotel Room
By Brad Witter
Get Even More From Bustle — Sign Up For The Newsletter
From hair trends to relationship advice, our daily newsletter has everything you need to sound like a person who’s on TikTok, even if you aren’t.