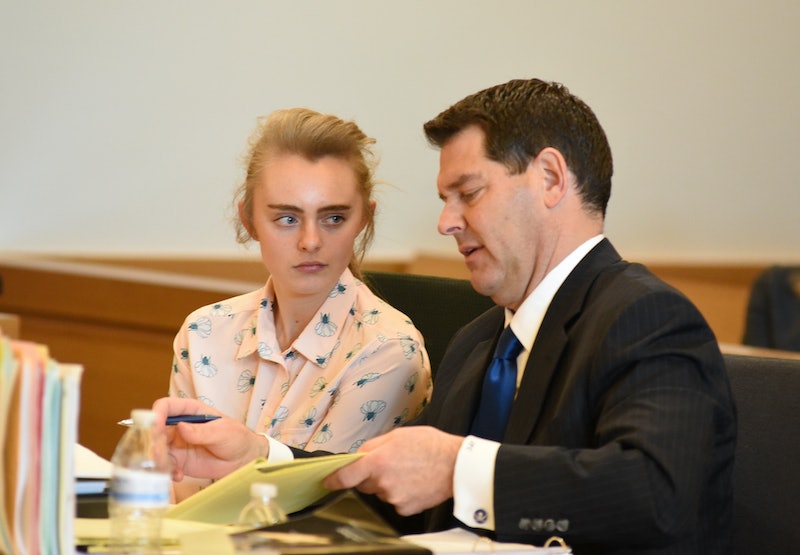 Based on the true story of Michelle Carter’s unprecedented "texting-suicide" case — and inspired by Jesse Barron’s Esquire article of the same name — The Girl From Plainville explores Carter’s relationship with Conrad Roy III, the circumstances surrounding his death, and the subsequent media firestorm that surrounded the case.

The much-anticipated US drama is set to debut across the pond on Hulu this spring, and if you’re wondering how to watch The Girl From Plainville in the UK, we’ve got you covered on all the details known so far.

Unfortunately, it hasn’t yet been confirmed where viewers will be able to find The Girl From Plainville in the UK. Although, recent Hulu originals including Dopesick found a home on Disney+ in the UK, so there’s a pretty good chance this US drama will follow suit.

As mentioned, the series recounts the harrowing true story of Michelle Carter, who was convicted of involuntary manslaughter in 2017 over the suicide of her boyfriend, Conrad Roy. Per the Daily Mail, 18-year-old Roy was found dead in his car in July 2014 from carbon monoxide poisoning. The following year, police discovered a string of text messages between Carter and Roy that appeared to suggest his then-girlfriend had encouraged him to take his own life. In 2015, Carter was charged with manslaughter and a highly-publicised court case soon followed.

In 2019, the HBO documentary I Love You, Now Die: The Commonwealth Vs. Michelle Carter delved deep into this never-before-seen case. Now, Hulu’s The Girl From Plainville is set to explore the story even further, touching upon the events that led to Roy’s death and the media circus that surrounded Carter’s conviction.

Leading the cast of this drama is Elle Fanning (The Great) as Carter, who bares a striking resemblance to the real life Massachusetts teen. Per Entertainment Weekly, Fanning is joined in the series by the likes of Chloë Sevigny (American Horror Story), Colton Ryan (Dear Evan Hansen), Cara Buono (Stranger Things), Kai Lennox, and Norbert Leo Butz, among others.

This article will be updated regularly with any new information regarding The Girl From Plainville’s UK release date, once it becomes available.