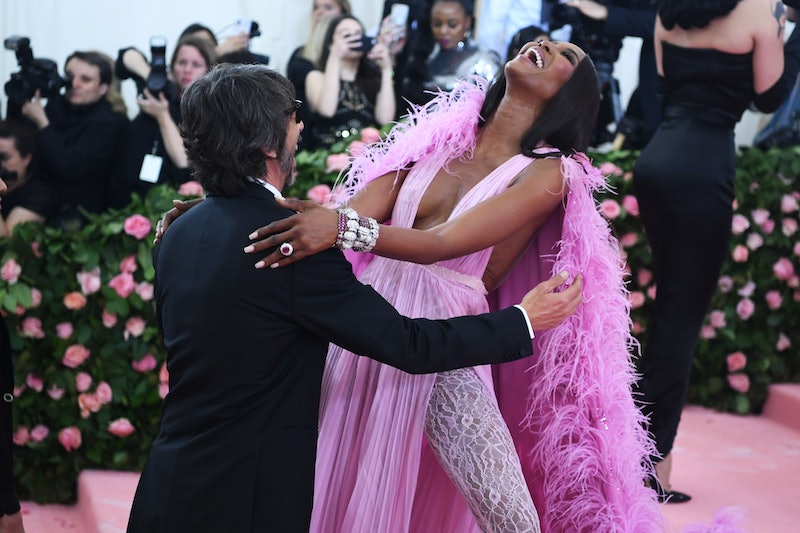 One of the most significant events in the fashion calendar, the 2021 Metropolitan Museum of Art's Costume Institute Gala in New York City is just around the corner. Otherwise known as the Met Gala, it brings together the best in fashion for a spectacular night of celebration. From movie stars to musicians, the biggest celebrities on the planet walk the Met Gala red carpet every year, having been given the illustrious seal of approval by Vogue editor-in-chief and chairwoman of the Met Gala event since 1995, Anna Wintour.

“American Independence” is listed as the official dress code, so expect anything from star-spangled style to red-white-and-blue numbers, underwritten by American designers, I’m sure.

However the theme is interpreted, you can bet your bottom dollar there will be a serious number of lewks on the red carpet. Here’s how to get in on all the Met Gala action from the UK.

The 2020 Met Gala last year was cancelled due to the coronavirus pandemic, and this year’s was postponed, so this year’s event will be even more highly anticipated than usual. After an 18-month hiatus, the Met Gala – usually famed for being hosted on the “first Monday in May” – is this year being held on Monday, September 13.

Arrivals on the red carpet (where all the sartorial action happens) are expected from 7 p.m. EST, which is midnight BST, with the most famous celebs arriving fashionably late towards 8 p.m. (1 a.m. BST, September 14).

In short, no. Sadly, the Met Gala dinner event and all its celebrity shenanigans are famously secretive, but there will be live coverage of the red carpet from the steps of the Met ahead of the evening festivities.

In a move that will make the red carpet more accessible for everyone, this year American Vogue will be hosting a livestream of the Met Gala event. The only official livestream of the event will be hosted on the magazine’s website and on Twitter, and coverage will start from 5.30 p.m. EST (10.30 p.m. BST).

Hosted by actor and artist Keke Palmer alongisde actor, writer, and director Ilana Glazer, you can expect the usual red carpet commentary that we know and love, with an injection of humour and humility from the two stars. “Together, they will provide unprecedented access to the Met Gala’s famous red carpet, interviewing high-profile guests as they arrive in grand style,” said Vogue of the hosts.

While there is a strict no-social-media policy from inside the event, celebrities usually take a few sneaky snaps in the bathrooms and at the after parties, so expect some behind-the-scenes pics from Tuesday (September 14) afternoon.