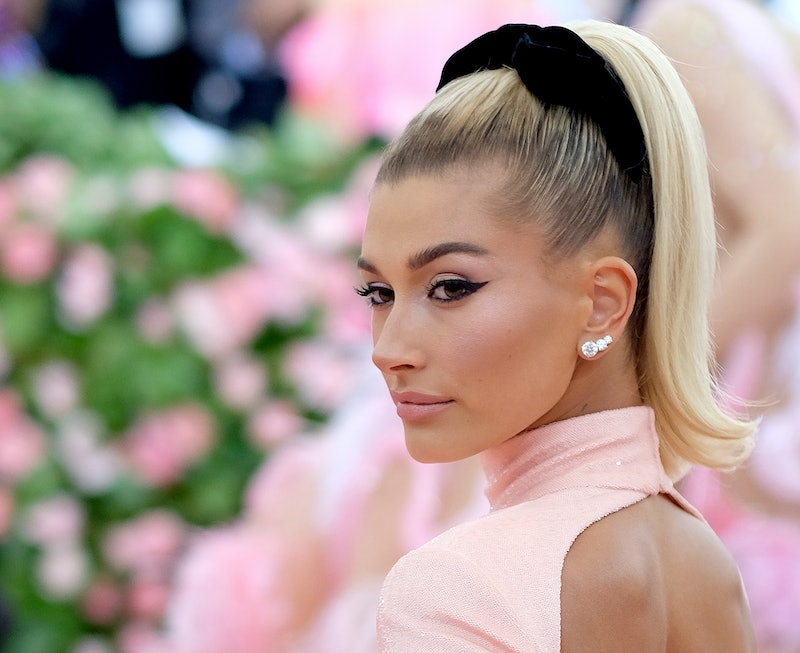 The Met Gala is officially back. After a one-year hiatus due to the coronavirus pandemic, your favorite celebrities will once again gather at the Metropolitan Museum of Art for fashion prom. And this year’s celebration promises to be even more entertaining than usual. After a year in quarantine, celebrity stylists predict that the red carpet will be more glamorous than ever, so it’s a safe bet that your favorite stars will pull out all the stops for their Met Gala looks. Excited yet? Read on for the Met Gala 2021 date, theme, hosts, and everything to know.

The black-tie affair raises funds for the Metropolitan Museum of Art’s Costume Institute, and it coincides with the launch of a themed exhibit each year. The 2021 Met Gala theme was just announced as an unprecedented two-part exhibit about American fashion titled, In America: An Anthology of Fashion. As the fashion industry has taken a major hit from the coronavirus pandemic, with brands struggling to make a profit, going on hiatus, or closing all together, many believe that the American fashion theme might help boost morale and lead to a revenue increase for designers. This year’s event will also be a milestone 75th anniversary for the Met Gala.

While fans await more announcements about this year’s event, including the Met Gala 2021 hosting committee, read on for everything to know so far.

The Metropolitan Museum announced that the Met Gala in September is set to be hosted by Timothée Chalamet, Billie Eilish, Amanda Gorman (who covered the May 2021 issue of Vogue), and Naomi Osaka. Why these co-chairs? “Each of the Met’s four co-hosts embodies the defining factor of American style: individualism,” writes Vogue Senior Fashion News Writer Janelle Okwodu. “They may approach the concept differently, but their shared passion for expressing themselves through clothing connects with the exhibition’s theme.”

The foursome will host alongside honorary chairs Tom Ford (CFDA chairman and one of America’s most celebrated ready-to-wear designers), Adam Mosseri, and Anna Wintour.

Yes, the Met Gala is scheduled to take place in 2021. The 2020 Met Gala was pushed back, and ultimately cancelled due to coronavirus pandemic, but with the vaccine rollout well underway, event coordinators are hopeful that guests can gather safely in 2021.

For the first time ever, the Costume Institute exhibit will happen in two parts. The first part will kick off with the gala on Monday, September 13 (and will open to the public on the 18th). The second part will join on May 5, 2022, and both of the exhibits are scheduled to run through September 5, 2022.

The theme for the 2021 Met Gala was announced in a press release on April 12 as In America: An Anthology of Fashion. In the past, Met Gala themes have been inspired by everything from Catholicism to camp. The 2020 Met Gala theme was About Time: Fashion and Duration, tracing fashions dating back to the 1870s until the present. The focus on American fashion is thought to be an homage to the industry that has, like many others, taken a huge hit in this country throughout this past year.

This year, the event will be hosted by Billie Eilish, Timothée Chalamet, Amanda Gorman, and Naomi Osaka, so all of those celebrities will definitely be in attendance. Beyond that, it’s anyone’s guess. The guest list is always super top-secret until the day-of when celebrities begin to post getting-ready pics on social media, but that’s part of the excitement.

If past years are any indication, there’s a high likelihood that Rihanna, Beyoncé, Kim Kardashian, Kylie and Kendall Jenner, Gigi and Bella Hadid, Hailey Bieber, Lady Gaga, and more will be walking up the Met steps on Monday.

This year will be different than previous Met Galas, however, as Page Six reports that Vogue editor-in-chief Anna Wintour had to cut the guest from 600 to 450. It’s also reported that several influencers are invited this time, including TikTok star Addison Rae and YouTuber Emma Chamberlain.

How Much Does It Cost To Go To The Met Gala?

According to Business Insider, a Met Gala ticket costs about $30,000, but it’s important to note that celebrities typically don’t pay to attend. They are invited by designers, who usually cover the cost of a full table.

While the Met Gala traditionally falls on the first Monday in May, in 2021, the date will occur later in the year. The Met Gala 2021 date has been pushed back until September 13, with the hope that life will have returned to some semblance of normalcy by the fall.

This year, Vogue will be livestreaming all of the red carpet content beginning at 5:30pm EST. While you’ll have to wait until later in the week (if you live in NYC) to see the exhibit itself, you’ll get unprecedented access to all of the celebrity red carpet interviews and learn about how they interpreted this year’s theme in real time.