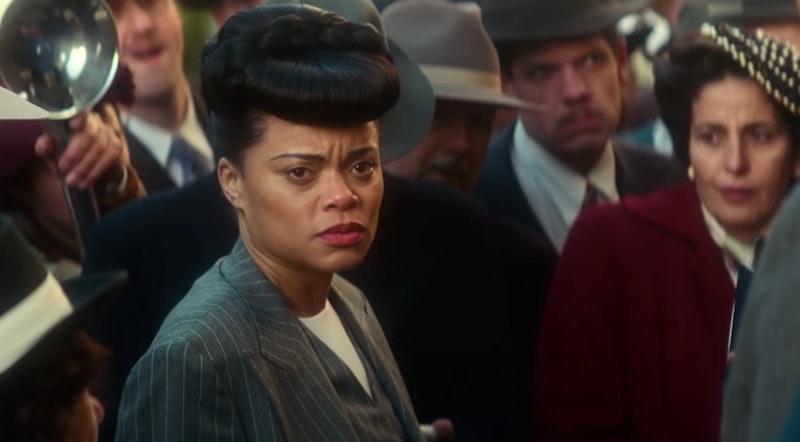 Thankfully British viewers can catch up with this award-winning film right away, as it’s available on Sky Cinema. You can stream the film through NOW TV’s Entertainment Pass, which also has a seven-day free trial for new subscribers.

Directed by Lee Daniels (Precious) and co-starring Natasha Lyonne, Garrett Hedlund, and Trevante Rhodes, The United States vs. Billie Holiday chronicles the singer’s rise to stardom. It also highlights how she became a catalyst for the civil rights movement through the song "Strange Fruit", written by Jewish schoolteacher Abel Meeropol in reaction to the lynching of Black Americans, per USA Today.

“When you think of Billie Holiday, you think of this brilliant tortured jazz singer who happened to have been a drug addict,” Daniels said in a press statement (via Pink News). “Before there was a civil rights movement, there was Billie Holiday and ‘Strange Fruit’. The government saw that song as a threat and she was a target. That’s history and they keep it from us.”

Day, who has been a fan of Holiday since she was 11 years old, told E! News: “There was a lot of sort of trauma build up from playing her, her life and the heartache from that. Heartache from my own life and my own trauma. Heartache from being a Black woman living in America, just living in the world.

“People can expect a hero, they can expect the godmother of civil rights and someone they can pay homage to and say thank you to,” Day continued. “And inspiration for moving forward in the future because if she could fight one singular, solo Black woman, and shoulder this burden on her own in the '40s, we definitely can and have to do it now.”