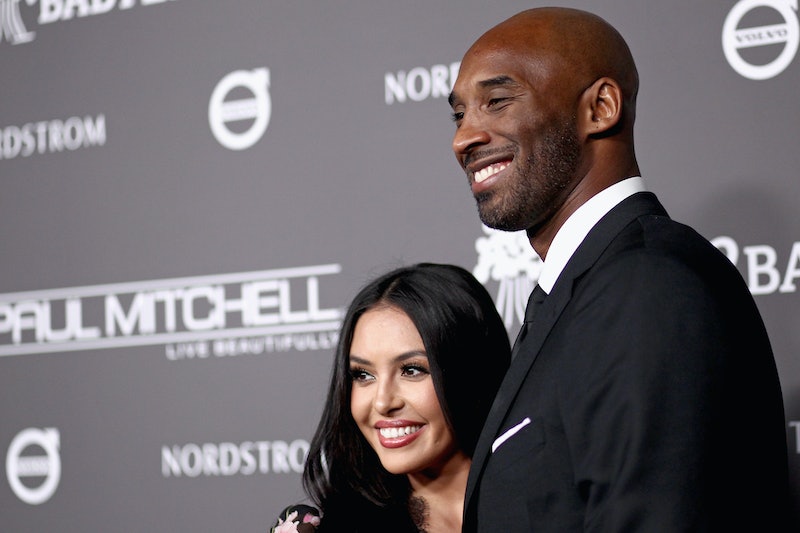 It’s been almost two years since Kobe Bryant and his daughter Gianna died in a helicopter accident, and the basketball star’s wife just revealed more details about that fateful day. Vanessa Bryant, who is currently embroiled in a legal battle with the county of Los Angeles after sheriff’s deputies shared photos from the crash site, recently participated in a Zoom deposition where she revealed that an assistant notified her of the accident.

“She told me that there was an accident and that there were five survivors,” Vanessa said in her testimony, per the LA Times. “And I asked her if Gianna and Kobe were okay. And she said she wasn’t sure. She didn’t know.” The crash took place outside of Calabasas, Calif., on Jan. 26, 2020, and killed the Lakers player, his 13-year-old daughter, and seven others.

The 39-year-old, who had four daughters with the athlete, remembered picking up her eldest daughter Natalia from an exam prep class and reassuring her that Kobe and Gianna were among the survivors. “I told her that Daddy and Gigi were in an accident. Not to worry. I’m sure they’re fine because there’s five survivors,” she said, adding that she “knew that they would be helping people.”

When police asked Vanessa to go to the police station closest to the crash site, which was an hour and a half away in Malibu, she and Natalia hitched a ride with the Lakers general manager Rob Pelinka. However, when she arrived, no one would tell her anything. “I kept asking if my husband and daughter were OK,” she said. “No one would answer me.”

Eventually, Los Angeles County Sheriff Alex Villanueva delivered the news, and when Vanessa was asked if there was anything they could do for her, she had only one request. “If you can’t bring my husband and baby back, please make sure no one takes photographs of them. Please secure the area,” she said. According to Vanessa, the sheriff reassured her that the area was completely secure.

Elsewhere in the testimony, Vanessa explained that she doesn’t want her family to live with the fear of the photos being leaked online. “I do not want my little girls or I to ever have to see their remains in that matter,” she said. “Nor do I think it’s right that the photographs were taken in the first place because it’s already tough enough that I have to experience this heartache and this loss.”

To this day, Vanessa hasn’t seen the images herself, but she did have to recover the items that Kobe and Gianna were wearing to make sure that other people wouldn’t be able to photograph them. “[Kobe and Gianna] suffered a lot,” she continued. “And if their clothes represent the condition of their bodies, I cannot imagine how someone could be callous and have no regard for them or our friends, and just share the images as if they were animals on a street.”

This isn’t the first time that Vanessa has opened up about her loss. In a People interview from March 2021, she called her pain “unimaginable.” “I can’t say that I’m strong every day,” she said. “I can’t say that there aren’t days when I feel like I can't survive to the next.” However, since Kobe and Gianna died, she has taken on several projects in their honor. In addition to relaunching Kobe’s Mamba and Mamacita Sports Foundation, Vanessa took over the basketball star’s Granity Studios production company to finish the projects he started.

In addition to taking on these projects, Vanessa told People that it’s her daughters who keep her going after so much heartbreak. “Lying in bed crying isn’t going to change the fact that my family will never be the same again,” she said. “But getting out of bed and pushing forward is going to make the day better for my girls and for me. So that’s what I do.”

More like this
Austin Butler Confirms Vanessa Hudgens Pushed Him To Do 'Elvis'
By Alyssa Lapid
Vanessa Hudgens Shades Austin Butler's Elvis Accent With One Word
By Alyssa Lapid
Hilary Duff Is “Optimistic” About A 'Lizzie McGuire' Reboot
By Alyssa Lapid
Twitter Is In Awe Of Taylor Swift’s “Lavender Haze” Music Video
By Jake Viswanath
Get Even More From Bustle — Sign Up For The Newsletter
From hair trends to relationship advice, our daily newsletter has everything you need to sound like a person who’s on TikTok, even if you aren’t.