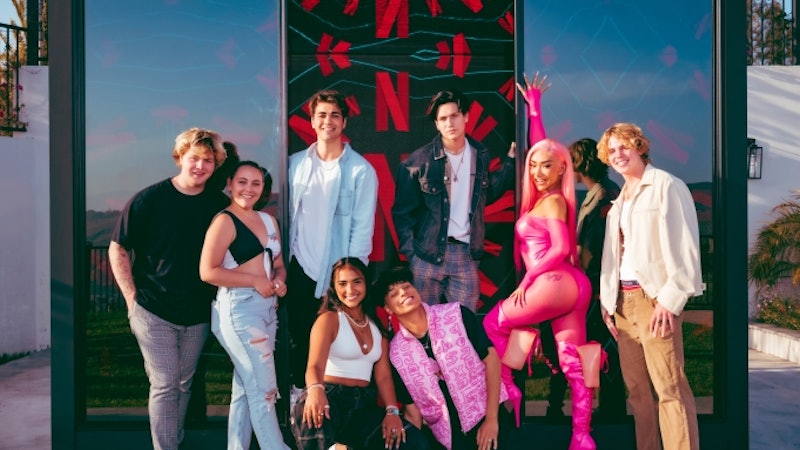 When Netflix announced they were making a reality show about the TikTok Hype House, people had thoughts. The nine social media influencers featured on the series have all had their fair share of controversies, and prospective viewers criticized Netflix for giving the cast — who collectively boast more than 130 million TikTok followers and are mostly white — an even bigger platform. “Why are you giving these talentless, boring, unoriginal, privileged people a show? NO ONE WANTS THIS!!!!” reads a viral change.org petition signed by nearly 23,000 people that calls for Netflix to cancel Hype House.

Still, many people said they planned to hate-watch the show anyway. And while Netflix has yet to announce a second season, that might be all they need to land a renewal. After all, it worked for Emily in Paris.

“To the people saying they’re going to hate-watch the show, I 100% indulge you to,” Hype House star Alex Warren told Bustle in 2021. “We put our lives these last few months into this show for you to judge, critique, and fall in love with our personalities. I’m not expecting everyone to love it, but I am expecting everyone to have fun watching.”

The 21-year-old, who has more than 14.7 million TikTok followers, also teased that the show might change some perceptions about him and his fellow creators, who all live together in a $5 million Los Angeles mansion. “I think this show is gonna surprise a lot of people, [and feature] things you may [have] never seen of your favorite creator or maybe the creator you absolutely hate,” he said.

Here’s everything we know so far about a potential second season.

Because it’s a new series, Hype House doesn’t yet have a set schedule. However, similar Netflix reality shows tend to release two seasons per year, so if renewed, Hype House could return in summer 2022.

The inaugural Hype House cast includes Chase Hudson (aka Lil Huddy), Thomas Petrou, Nikita Dragun, Kouvr Annon, Sienna Mae Gomez, Larri Merritt (aka Larray), Alex Warren, Jack Wright, and Vinnie Hacker. But given that it’s not unusual for some members to leave and others to join, the Season 2 cast could look quite different. In Hype House Season 1, there’s prolonged tension between Thomas and Chase, who’s moved out of the main Hype House and isn’t as invested in creating content as he once was. “Chase just wants to reap the benefits without doing anything to help us make money,” Thomas explains in one scene. Meanwhile, Kouvr struggles to maintain the boundary between her and Alex’s online and offline relationships, and argues with him about their future.

Netflix dropped the Season 1 trailer on Dec. 25, less than two weeks before the show’s Jan. 7 premiere. Because another season has yet to be announced, there is currently no Hype House Season 2 trailer. This post will be updated as more details become available.

More like this
Everything To Know About 'Selling The OC' Season 2
By Brad Witter
'Love Is Blind: After The Altar' Season 3 Has A Release Date & It's Very Soon
By Grace Wehniainen
Everything To Know About 'The Real Housewives Ultimate Girls Trip' Season 4
By Jake Viswanath
Love Is Blind’s Natalie Claims Shayne Signed Up For 'Perfect Match' While They Were “Still Together”
By Brad Witter
Get Even More From Bustle — Sign Up For The Newsletter
From hair trends to relationship advice, our daily newsletter has everything you need to sound like a person who’s on TikTok, even if you aren’t.