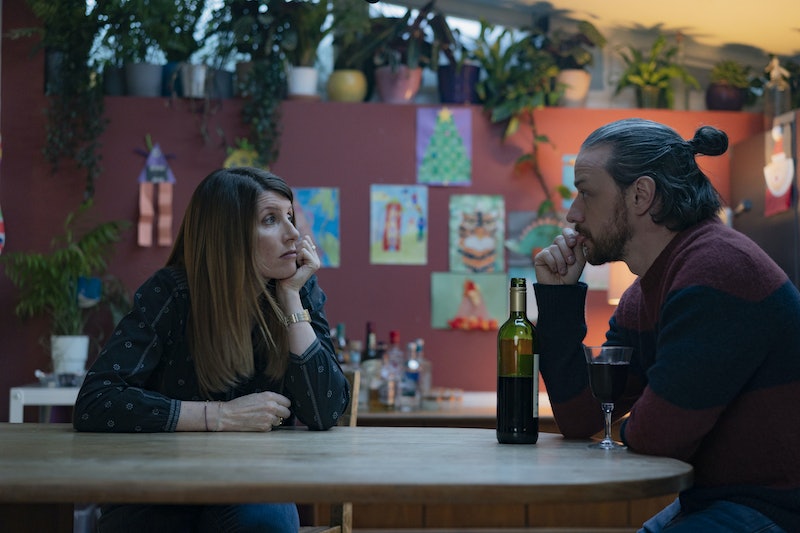 Upcoming drama Together promises to be a “searingly funny and painfully poignant love story.” Starring BAFTA award-winning TV and film heavyweights James McAvoy and Sharon Horgan, the feature-length one-off film is billed to show the “hilarious and heartbreaking story of a husband and wife who are forced to re-evaluate themselves and their relationship” through the reality of lockdown. But are the couple based on real people, and is Together based on a true story?

Directed by the Academy, Emmy and BAFTA Award-winning director, Stephen Daldry (The Crown, Billy Elliot, The Reader) and written by award-winning writer Dennis Kelly (Utopia, Pulling, The Third Day), Together is “the story of a family, like so many, who found a way to survive - together.” The film opens during the first week of the COVID-19 national lockdown in March 2020, and runs up until the present day, as the family juggle the many difficulties of lockdown.

Whilst Together is rooted in the experience of one family during the lockdown, it doesn’t look like it was based on any one particular real-life couple. “Together tells the story of us all,” say BBC Drama director, Piers Wenger, and BBC film director, Rose Garnett, in a statement sent to Bustle.

“James and Sharon have brought this story to life with an astonishing, exhilarating charge which touches on our collective experience of the last very challenging year,” add the film’s producers Guy Heeley (Locke, Denial, London Spy) and Sonia Friedman (Uncle Vanya, The Dresser, Wolf Hall). “We’ve all been living it, haven’t we?” McAvoy told The Times.

McAvoy takes on the role of husband and father, forced to furlough his employees at his boutique computer consultancy and taking up growing vegetables as a result of the pandemic, whilst Horgan is a charity worker, a co-ordinator for all of Europe at a refugee charity. Joining them is their 10-year-old son Artur (Arty), the one thing that has kept his parents relationship together, “until lockdown.”