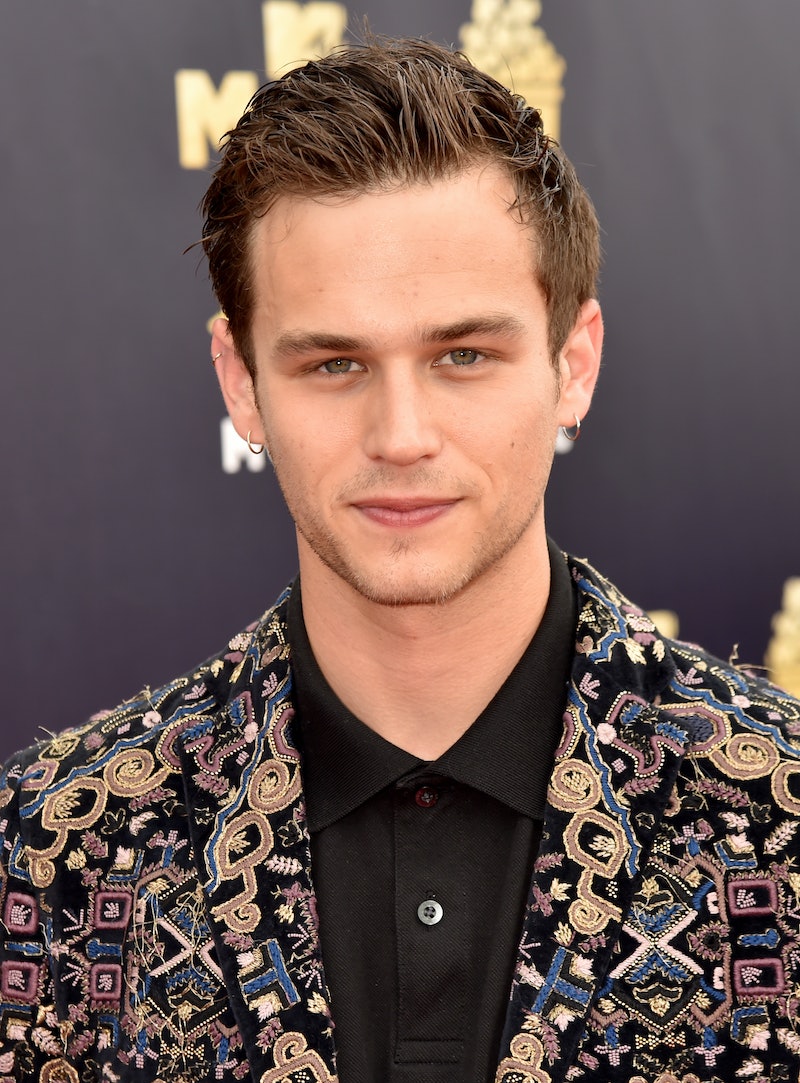 Those with a soft spot for bad boys — or at least those who play them on TV — had plenty of reason to wonder if Brandon Flynn was dating anyone after his breakthrough turn as Justin Foley in Netflix's 13 Reasons Why. During his run on the series, Flynn dated singer Sam Smith for about nine months. But they split in June 2018, and he’s kept his love life pretty private since then.

He’s certainly been at the center of plenty of speculation, though. At the top of the rumor mill: many believed that Flynn and Richard Madden (of Bodyguard and Game of Thrones fame) were in a relationship in 2019, following frequent sightings of the pair getting close. In April, The Sun reported that Madden had moved into Flynn's Los Angeles home as he attempted “to crack Hollywood." According to the UK publication, Madden had been dumped by Ellie Bamber, who he’d been dating for about a year and a half, a few months prior.

Photos of Flynn and Madden with their arms around each other while running errands in LA further fueled the rumors. Then, when Madden received an honorary doctorate at the Royal Conservatoire of Scotland in July, videos surfaced on Twitter of Flynn cheering him on in the audience. Neither of the men ever confirmed or denied a relationship. "I just keep my personal life personal," Madden told The New York Times last May "I’ve never talked about my relationships."

In November 2019, The Sun reported that Flynn and Madden “had a huge fallout” and were no longer living together. “Richard and Brandon bonded over being up-and-coming actors in the industry and decided to share a place while both working in LA,” a source told the paper. “But they have fallen out in the past few months and have cut ties with each other.”

While it seems Flynn is currently single, don’t expect him to publicly confirm his relationship status either way. The actor, who came out when he was around 15, said last year that he feels his personal life is often “scandalized" by the media. "That’s kind of the way it feels when you read headlines about yourself," he told Variety. “It’s all just something to egg on some sort of rumor cycle that will just keep going around until you finally get something that will actually just make it all true or false."

After all, he never even planned to come out publicly. "It didn’t seem that it would make a difference whether I came out or not because it’s just my life, and if people were watching my life, they would just know that," Flynn continued. "But it did feel like I had to come out — even though I didn’t ever come out to the public, in a weird way, I just one day read an article where I came out in the terms that they wanted me to come out."

What he's referring to is the response to his 2017 Instagram post in support of an Australian bill that allowed for same-sex marriage. After he shared the message, fans and the media celebrated him for “coming out.”

"I’ve gone back and read the post, and I’m an ally, of course, but it was that post that all of the sudden made me gay," Flynn told Variety. "I was embraced, so I never want to take that away from people who have been so supportive to me because I was totally embraced, but in no way, shape or form, did I say that this is me coming out. ... being in the industry makes you someone of public curiosity, hence why all of the sudden I was a gay actor, but just because I was supporting human rights."

This article was originally published on Aug. 23, 2019