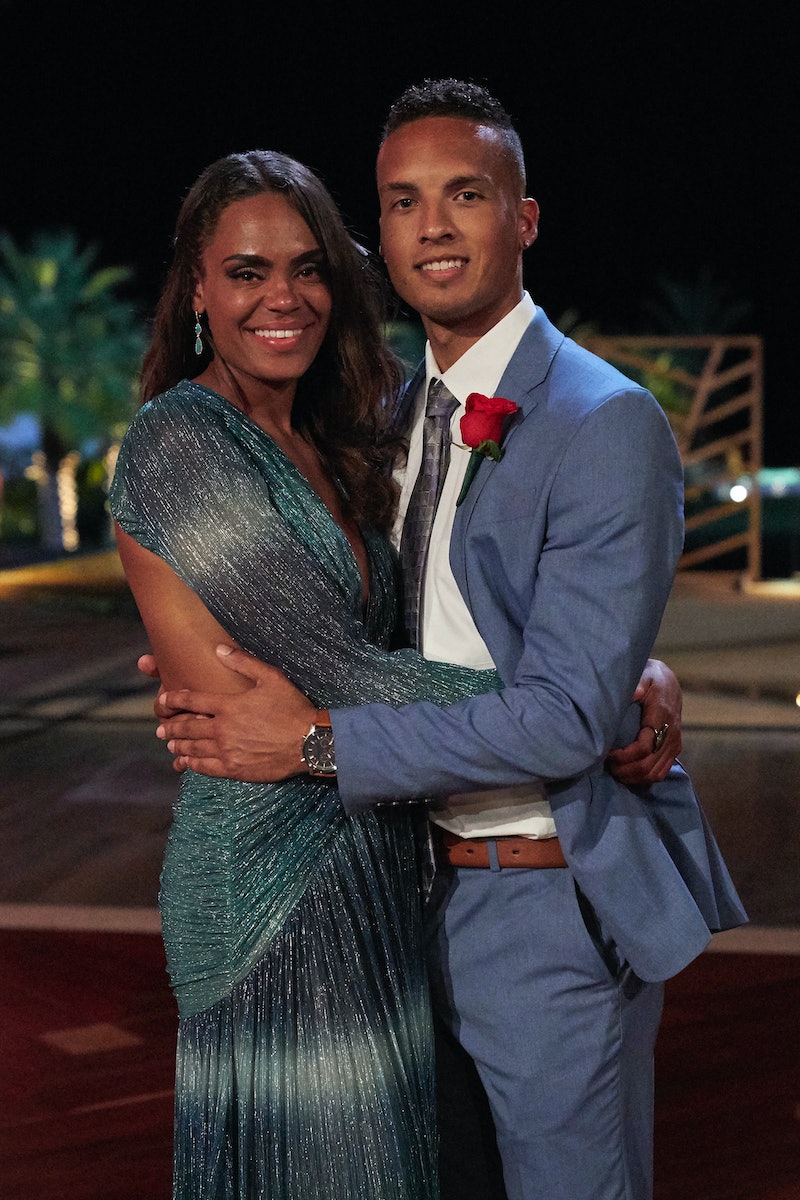 As we marched toward the end of a long Bachelorette journey, Michelle was left with two men: Brandon and Nayte. Audiences had to wait until Dec. 21 to finally discover just whom Michelle chose to spend the rest of her life with, and unfortunately for Brandon, that winner was Nayte. The runner-up had spent most of this season flaunting his show relationship with Michelle across social media, begging making fans wonder if he got the final rose. Now the question is, is he with someone else entirely?

Using Brandon’s Instagram as our guide during the season, it certainly appeared as though it were possible he was dating Michelle. However, it’s seems that he was simply posting pics of himself and the titular Bachelorette from week to week to keep up with the show’s schedule. All of Brandon’s posts of him and Michelle kissing, eating cake, and posing after rose ceremonies ultimately weren’t an indication that Michelle picked him. At least he made the most of it, even poking fun at his time on the show by posting a picture of himself reading a dictionary shortly after he spelled “protein” wrong on national television.

In a recent Instagram post following the Dec. 14 episode of The Bachelorette, Brandon addressed his actions at the rose ceremony. As viewers may remember, when Michelle had one rose left and was deciding between Joe and Brandon, Brandon approached her before she could make her ultimate decision. He explained to Michelle that whatever her final decision may be, he would be there for her, essentially spelling out that even if she were to eliminate him, he would always be a friend to her. When Michelle returned to complete the ceremony, she promptly gave Brandon the rose.

The Season 18 contestant explained his intentions via Instagram on Dec. 15, stating in part, “I pulled her aside before the rose ceremony to let her know she is not alone. That no matter the outcome, her happiness comes first. Her mental health and well being comes first.” He noted that “there is a bigger picture than just getting a rose” and “we all need somebody there for us in these life changing decisions.” Brandon concluded his post by writing, “I wasn’t there for a rose at that point, I was there for my best friend.”

Fans will notice that Brandon referred to Michelle as his “best friend,” which confirms that they have a strong platonic relationship today. As for anything romantic with anyone else, publicly there are no signs that point to Brandon being in a relationship right now. He was left with his heart “just on the floor” on The Bachelorette, as he put it in the finale, so hopefully he’s had time to focus on healing since the show’s end.

More like this
Hannah Ann Got Engaged 3 Years After 'The Bachelor' & The Proposal Was Dreamy
By Grace Wehniainen
Zach Reveals The Chaotic 30 Minutes That Were Cut From ‘The Bachelor’ Premiere
By Grace Wehniainen
'Bachelorette' Vet Clare Crawley Unveiled 2 Special Wedding Day Accessories
By Stephanie Topacio Long
Laura Anderson Pulled The Ultimate Girl Power After Her Break-Up
By El Hunt and Megan C. Hills
Get Even More From Bustle — Sign Up For The Newsletter
From hair trends to relationship advice, our daily newsletter has everything you need to sound like a person who’s on TikTok, even if you aren’t.

This article was originally published on Dec. 21, 2021