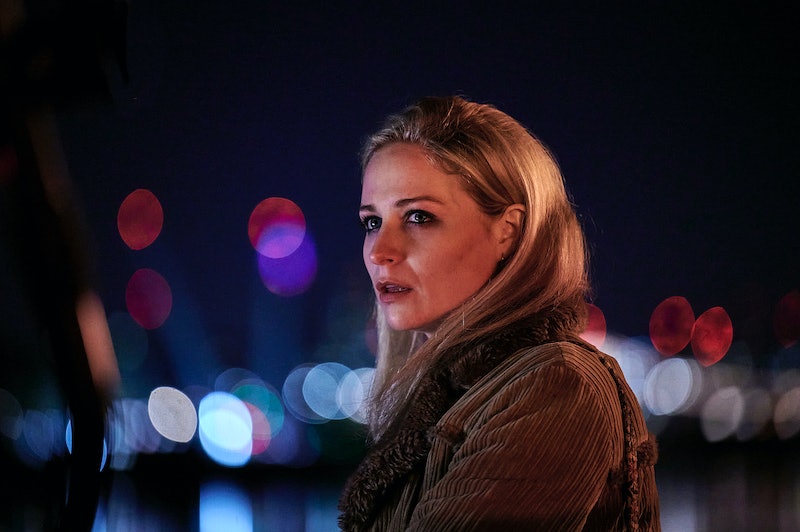 Set in the early 1990s, Channel 4’s gripping four-part crime drama Deceit follows a catastrophic police investigation into the devastating murder of a young mother. One that leads to a female officer being asked to use her sexuality as bait for a suspected killer. The new series showcases a criminal investigation from a feminist perspective and explores the toxic sexual politics of that era. But, is Deceit based on a true story?

Sadly, the Channel 4 crime drama is inspired by true events and based on the tragic murder of Rachel Nickell. Per the Independent, Nickell was murdered on July 15, 1992, during a walk on Wimbledon Common with her dog and two-year-old son. After she was stabbed to death in a woodland area, Nickell’s killer fled the scene and left her young son alone with the body of his deceased mother.

In a desperate attempt to catch the murderer, the police set up an investigation that became known as “Operation Edzell,” and recruited an undercover officer with the codename “Lizzie James” who was required to form a personal relationship with their prime suspect at the time, Colin Stagg.

Per The Sun, Stagg was charged with Nickell’s murder in August 1993 and stood trial the following year at the Old Bailey in 1994. However, the judge overseeing the trial, Mr Justice Ognall, condemned the police’s decision to use an undercover female officer as bait, and branded the investigation tactic a “honey trap.” Soon after, Stagg was formally acquitted, and, in April 1995, was given legal aid to sue the Metropolitan Police on the grounds of malicious prosecution and wrongful arrest.

In 2008, 16 years after the death of Nickell, a man named Robert Napper confessed to her murder. At the time, he was a patient at Broadmoor Hospital and was living with paranoid schizophrenia and Asperger's. Napper had previously been convicted of killing Samantha Bisset and her young daughter in 1993, just one year after Nickell’s murder.

Due to his mental state, it was decided that Napper would remain at Broadmoor Hospital and the police later issued a public apology to their wrongly accused suspect Stagg.

Penned by Emilia di Girolamo, Channel 4’s Deceit reimagines the high-pressure investigation into the devastating murder of Rachel Nickell, that led to a female undercover officer being used as sexual bait for a suspected killer, who was later found to be innocent.

“Growing up under Thatcher’s reign, with second-wave feminism, ‘Lizzie James’ is determined to rise through the ranks. But the early ‘90s has brought with it an inevitable backlash in the shape of ‘Lad Culture’, obliterating any feminist gains and putting women ﬁrmly back in their place,” part of the show’s synopsis teases.

The cast of the drama is led by Niamh Algar, who stars alongside the likes of Nathaniel Martello-White, Rochenda Sandall, and Eddie Marsan, among others.