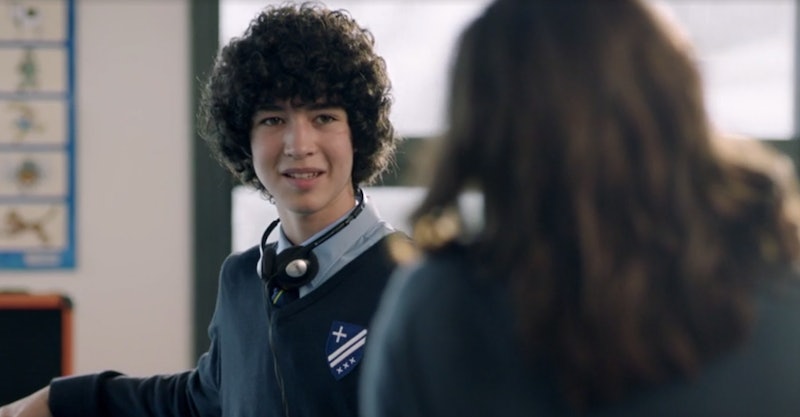 Channel 5’ new thriller, The Drowning premiered on Feb. 1 and has had viewers hooked. The series follows Jodie (played by Jill Halfpenny) as she tries to work out if a boy she spots in the street is in fact her missing son. She gets a job at his school and visits his house all in a bid to find out more. There’s been only one question on my lips since episode one, is Daniel Jodie’s son Tom?

The writers have crafted such a tight storyline that two episodes in and I’m still not sure what’s going to happen next. As a result, some viewers have taken it into their own hands to work out Daniel’s identity.

The Drowning opens nine years after Jodie lost her son Tom. He's missing, presumed drowned. However, as the episodes have gone on it’s clear that there was other evidence that the grieving mother felt wasn’t adequately explored. Tom’s body was never found and she doesn’t feel she has closure.

While traveling to a work meeting Jodie see’s Daniel (played by Cody Molko) walking to school. She decides she’ll stop at nothing to deduce whether he’s Tom. She says he looks just like him, moves like him, and has a scar under his eye like Tom did.

She tells her ex-partner and Tom’s dad, Ben (played by Dara Devaney) who tells her to leave the case well alone. It’s only her brother (played by Jonas Armstrong) who supports her. She becomes Daniel’s music teacher and goes to his house where viewers met his very angry and suspicious dad Mark (played by Rupert Penry-Jones.)

The most obvious assumption is that Tom drowned and Jodie’s grief is causing her to obsess over Daniel in the hope that her son is still alive. However, some fans have moved beyond this. One wrote, “Looking forward to tomorrow's episode. Definitely her son, I reckon.”

During a scene in school, Daniel asked where he knew Jodie from and revealed that he didn’t have a mother. This supports Jodie’s belief that he is Tom and Mark took him after he went missing to raise him as his own.

Others have gone one step further to speculate that Daniel isn’t Tom but is a half brother of Tom’s. This would explain their resemblance and the reason that Ben wouldn’t want to pursue a new case in finding his son. One viewer wrote, “Putting it out there, hubby played away and it’s a brother. #TheDrowning.” Another viewer supported this in writing, “could Tom have had a brother or twin and that’s who Daniel is? Is Jodie crazy? Or is it Ben who’s been dodgy this whole time?”

The third instalment of The Drowning airs on Channel 5 at 9 p.m. on Feb. 3 before the finale on Feb.4 at the same time. The series may be half way through but there’s absolutely no indication of how it’ll end. It’s pretty difficult to trust anyone or know Daniel’s true identity.

More like this
Everything To Know About The 'Daisy Jones & The Six' TV Series
By Maxine Harrison and Brad Witter
Con O'Neill Was Connected With Sarah Lancashire Long Before 'Happy Valley'
By El Hunt
'Bridgerton' S3 Will Show A *Very* Different Side To Kanthony
By Sam Ramsden
Twitter Is Burning As Phoebe Dynevor Reveals Daphne’s 'Bridgerton' Exit
By Sophie McEvoy
Get The Very Best Of Bustle/UK
Sign up for Bustle UK's twice-weekly newsletter, featuring the latest must-watch TV, moving personal stories, and expert advice on the hottest viral buys.