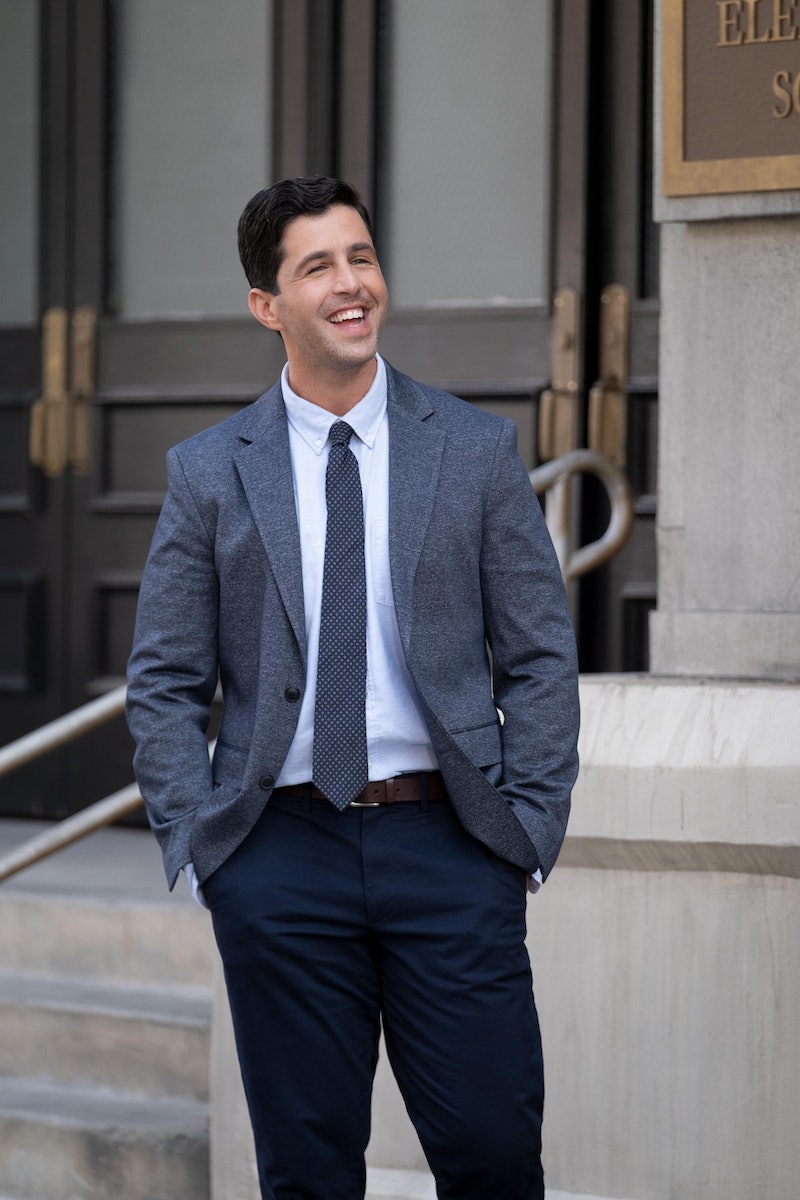 A new man has joined the list of potential fathers on How I Met Your Father. Though the new Hulu series confirmed that Sophie (Hilary Duff) met the future father of her son on the night depicted in the first episode — seemingly whittling the list down to four options — the third episode reveals she met someone we didn’t see: Jesse’s boss Drew, played by Josh Peck.

While attempting to snap the perfect new Tinder profile picture for Jesse (Chris Lowell) outside of the elementary school where he works, Sophie runs into Drew, the school’s vice principal. “Have we met before? You look familiar,” he asks Sophie. She replies: “I don’t think so. I have one of those faces.”

A flirtatious Drew insists that she does not just have “one of those faces,” and that she actually has “a singularly great face.” Afterward, Jesse offers to hook Sophie up with Drew, which she initially declines, but she later has a change of heart and calls him. On the phone, Drew explains that he’d been been “going crazy trying to figure out” where he knew her from and realized they had, in fact, met on the night of Sid (Suraj Sharma) and Hannah’s (Ashley Reyes) engagement party. He’s a friend of Hannah’s from college and lent Sophie his phone charger at Pemberton’s while she was in the midst of trying to chase after her Tinder match Ian (Daniel Augustin).

Sophie and Drew end their call by making plans for a Friday dinner date, solidifying the vice principal as the potential new father frontrunner. Prior to his introduction, that position seemed to belong to Jesse, who’s still very much in the running — though Chris Lowell, who plays the lovelorn music teacher, has “no idea” if his character is HIMYF’s titular dad.

“With our show, there’s this constant opportunity and excitement about trying to deduce who of these very select few people it can possibly be,” he told Bustle, noting that fans also assumed that every How I Met Your Mother guest star was Ted Mosby’s future wife. Even so, Lowell thinks that the original four candidates all have a “fairly decent shot at ending up being the one,” even if Jesse is clearly the “best bet” right now.

The Drew flashback only opens the door for the list of potential fathers to get longer, if more previously unseen interactions are revealed throughout the series. “In our pilot, [Sophie] makes clear that she met the father that night, which leaves a little bit of wiggle room as to who our father is,” series co-creator Elizabeth Berger recently explained to TVLine. “We’re going to have our core guys [Jesse, Sid, Charlie, and Ian] which we hope and imagine people will be very invested in, but there will also be the larger world out there that we can draw from in terms of what happened all throughout that night.”