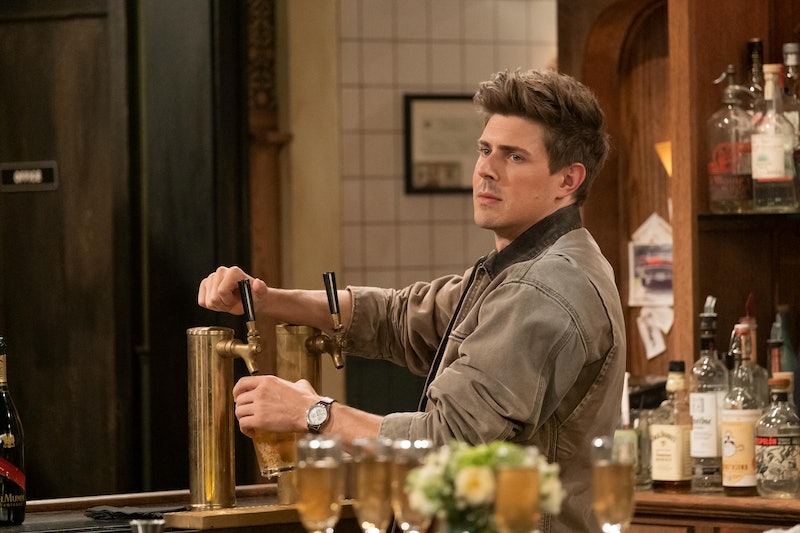 Throughout its nine-season run, How I Met Your Mother spawned endless theories about who Ted Mosby (Josh Radnor) ultimately married and had kids with. The same will assumedly be true for Hulu’s new sequel, How I Met Your Father, which tells the story of how protagonist Sophie (Hilary Duff) met the future father of her children. But it eliminates at least some of the guesswork right away. The pilot episode follows Sophie and her friends through a chaotic night in New York City, after which a future Sophie – played by Sex and the City’s Kim Cattrall – reveals to her son via FaceTime that that’s the night she met his father.

Though it’s not impossible that the show will later introduce someone Sophie met that night offscreen, that leaves four main contenders. There’s Charlie (Tom Ainsley), who left his exorbitantly wealthy family in England to move to New York City and be with Valentina (Francia Raísa); Sid (Suraj Sharma), a newly engaged bar owner weathering the hazards of a long-distance relationship; and Ian (Daniel Augustin), a Tinder match Sophie hits it off with only to learn he’s moving to Australia the next day. Then there’s Jesse, a musician moonlighting as an Uber driver whose rejected proposal went viral and left him both publicly embarrassed and jaded about finding love. He and Sophie have very different perspectives on dating – she’s a hopeless romantic – but there’s a clear spark between them that so far, positions him as the most likely candidate to be the father.

Chris Lowell, who plays Jesse, insists he has “no idea” who the father is, even if it is his character. “With our show, there’s this constant opportunity and excitement about trying to deduce who of these very select few people it can possibly be,” he says, noting that in the original, “Every guest star that we [met], there [was] this assumption that this could be that person and as a result, you sort of [were] trying to get invested in characters that all of a sudden we never [saw] again.”

He adds that he thinks all four of the men “have a fairly decent shot at ending up being the one” for Sophie, but admits that Jesse seems like the “best bet” out of the gate. “Opposites attract, [and] I think that they give each other what they themselves don’t have,” he says.

When Jesse and Sophie meet, they have completely different philosophies about dating. Jesse is “knocked down” and struggling to “even bother trying to get back up” after getting his heart broken, while Sophie remains certain there’s someone out there for her even after going on 87 unsuccessful Tinder dates. It’s something Jesse can’t help but admire. “She just refuses to be let down. She refuses to not see the silver lining,” Lowell says. “To still have that kind of optimism about her future, about love, is something that rubs off on him in all the best ways.

In contrast, Jesse’s bluntness, edge, and strength help to ground Sophie when she “tailspins.” “[Sophie] assumes the best in people and sometimes that can be to a fault,” Lowell says. “[Jesse is good at] planting her feet back on the ground.”

As the series progresses, Lowell says the two will have “a long and winding road ahead,” adding that there’s a “major ships [passing] in the night” dynamic that arises between them. “It’s something that I think happens in life so often, where you’re trying to connect with somebody but the timing just isn’t right. That’s something that you will see repeatedly come up.”

Whether or not Jesse ends up being the father, don’t expect Lowell to give it away. “I didn’t waste my time asking [the writers], because why would they tell me?” he says. “I have a terrible poker face. If I knew, you would know by now.”

More like this
Conversations With Friends' Endometriosis Scenes Are As Brutal As It Gets
By Ivana Rihter
Where Is Allan Gore Now? The ‘Candy’ Subject Moved On Shortly After Betty’s Death
By Gretchen Smail
The True Story Of Candy Montgomery From Hulu’s True Crime Series
By Radhika Menon
Betty Gore’s Daughter Honored Her After She Became A Mother Herself
By Brad Witter
Get Even More From Bustle — Sign Up For The Newsletter