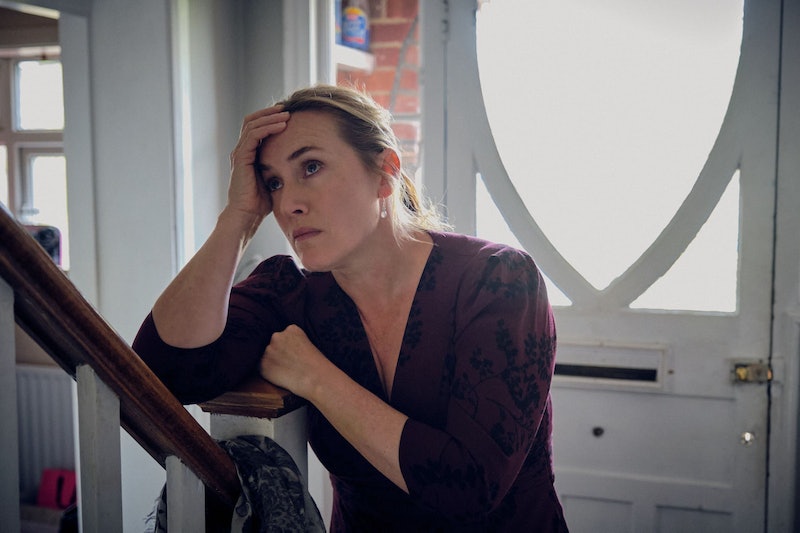 Channel 4’s anthology series I Am has cause quite a buzz since it first premiered with season one in 2019. This month, it’s returning for its third series with a special two-hour episode to kick things off: I Am Ruth. Previous I Am episodes have seen the likes of Letitia Wright, Gemma Chan, and Suranne Jones appear in the lead roles. Each episode of the series spotlights a standalone storyline, often told through a deeply personal lens. Continuing this theme is I Am Ruth, an episode that spotlights the effects of social media on teenagers. But, the questions is, is I Am Ruth based on a true story?

In I Am Ruth, Oscar winner Kate Winslet plays Ruth, a working-class single mother who is concerned about the impact social media is having on her 17-year-old daughter Freya (played by Winslet’s real daughter, Mia Honey Threapleton).

However, despite the fact that this story tackles some very real problems, it is not based on a true story. In a press release for the show, Winslet explains, “It is a completely invented story based on things that we have read in the media, based on experiences that we have heard about with other people.”

However, she adds, “You can’t help but draw on personal experience here and there, whether that’s your own stuff or something you’ve gone through with a friend or a family member.”

Touching on how social media addiction affects teens and parents today, Winslet continues, “Almost every parent of teenagers that I speak to say ‘oh gosh, these phones, and the social media, how do you stop them doing it?’ People just don’t know what to do.”

I Am Ruth airs on Channel 4 on Dec. 8t at 9 p.m. and will be available to watch afterwards on the streaming platform All4.