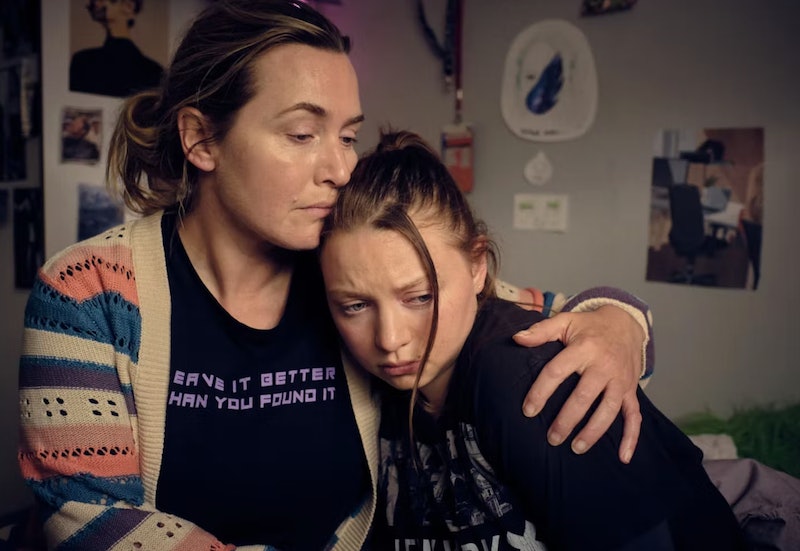 Created by BAFTA-winning filmmaker Dominic Savage, the female-led anthology series I Am is officially returning for Season 3. As fans of the first two chapters will recall, each episode centres on a titular character and tells a standalone story. Previous episodes of the acclaimed drama have starred the likes of Letitia Wright, Suranne Jones, Gemma Chan, and more. In the forthcoming third series, Oscar-winner Kate Winslet is set to star alongside her real-life daughter. Keen to learn more? Find out everything there is to know about I Am Season 3, below.

I Am Season 3 Cast

As mentioned, Academy Award-winner Winslet will take the lead, portraying the titular character in the Season 3 episode I Am Ruth. She is joined in the anthology by her own daughter, Mia Honey Threapleton, who plays the teenage character of Freya.

Ahead of the new series, Winslet revealed some of the challenges she faced working opposite her daughter, explaining that they tried “not to talk to each other” about the project as they “didn’t want to over-plan things.”

The Titanic star added that she “hadn’t imagined” how “alarmingly free” she and her daughter were able to be on set. “My instinct to take care of her had to go away because I knew I had to let her be exposed and hurting, and struggling, and that was quite difficult.”

I Am Season 3 Plot

Although the third series of Channel 4’s I Am will likely consist of three episodes, the broadcaster has, for the time being, only released details of one. Titled I Am Ruth, the feature-length episode in question will be broadcast as a two-hour special and tell the story of a loving mother who watches on as her daughter becomes increasingly overwhelmed by the pressures of social media.

The fictional storyline for I Am Ruth was developed and co-written by series creator Savage and lead star Winslet. “The collaborative and sensitive way in which Dominic Savage goes about creating and filming each episode of I Am is challenging, rewarding, and completely immersive,” the Titanic star said of her time working on the series. “The actors become these roles, and there is simply no room for pretending.”

Meanwhile, Savage said collaborating with Winslet on this “important story” is a “highlight of my filmmaking career.” In a statement, he continued: “It encapsulates everything that I love about making drama — experimental, raw, instinctive, with fearless acting, and above all, about something that affects all of us in some way.”

I Am Season 3 Trailer & Release Date

The hotly-anticipated drama will air on Channel 4 on Thursday, Dec. 8 at 9 p.m., and will then be available to watch on All 4. You can watch the gripping trailer, below.

This article was originally published on May 2, 2022