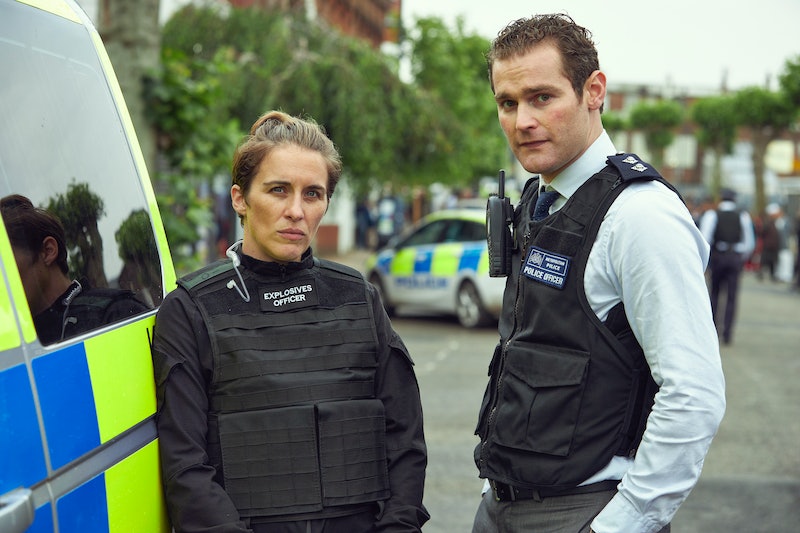 Buckle up, thriller fans. Brand new ITV drama Trigger Point has landed. Starring Vicky McClure (Line of Duty) and Adrian Lester (Hustle) as two explosives experts racing against time to thwart a series of terrorist attacks across London, the show is produced by Line of Duty and Bodyguard writer Jed Mercurio. With many of the Metropolitan Police’s anti-terror operations happening under an extreme veil of secrecy, some have wondered if the story is based on true events.

While the plot is entirely fictional, the capital is sadly no stranger to the devastation of terrorist attacks, and Trigger Point is loosely inspired by these real events, with the show’s writer Daniel Brierley drawing on his memories of living in London during 7/7 and attacks at London Bridge and Parsons Green. “You tap into those tensions, the memories of the first time getting back on the tube, or seeing the 38 bus in pieces," he said in an ITV press release.

In order to make the show as realistic as possible, Brierley spoke with the same working explosives officers who advised Mercurio on Bodyguard, and he and the cast spent time shadowing them to learn more about the gruelling realities of the job.

“We had a lot of support from people that are the real deal, real expos,” Vicky McClure, who plays Lana, told ITV. “There's some artistic licence in there to create the drama, but I was always speaking to them, they were on set every day. I found it fascinating. There were things that felt like absolute madness, like taking my helmet off as I approach the bomb, but then they explained to me that it could impair your vision, or it could knock the device if it slipped, all these logical things, so you need to take it off to actually work properly around the device. I was learning a lot.”

The least realistic aspect of Trigger Point, executive producer Jed Mercurio pointed out in the release, is that bomb disposal is an incredibly male-dominated industry. Casting McClure as an expo was intentional because of this same real-life gender-imbalance, he explained. “There are women who do occupy these roles and as we go forward there will be more. I think it’s really important in terms of representation. If we showed the world as male-dominated it might be sending the wrong message to people who might be considering that career.”

More like this
ITV’s New Take On 'Love Island' Is Only For MILFs & DILFs
By Sam Ramsden
Alan Carr's 'Changing Ends' Is A Witty Sitcom Based On His Own Life
By Darshita Goyal
Armani Jackson Is Following In His Famous Actor Sister’s Footsteps
By Catharina Cheung
The Banned 'Friends' Ad Shows Monica As You’ve Never Seen Her Before
By Sam Ramsden
Get The Very Best Of Bustle/UK
Sign up for Bustle UK's twice-weekly newsletter, featuring the latest must-watch TV, moving personal stories, and expert advice on the hottest viral buys.