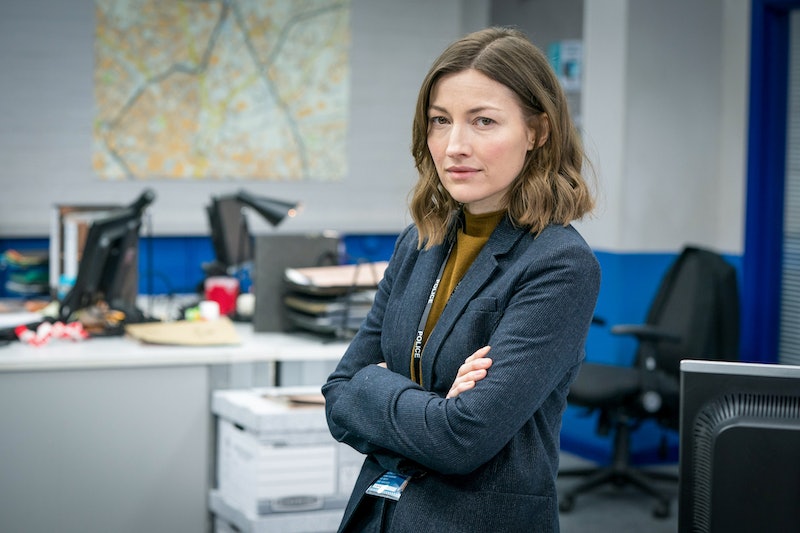 Glasgow-born actor Kelly Macdonald is perhaps best known for her performances in Danny Boyle's Trainspotting, the Academy Award-winning No Country for Old Men, and Disney's Brave. Next she will star in the sixth series of the BBC's Line of Duty. But, what is there to know about the actor's life off-screen, and is Kelly Macdonald married?

Per the Guardian, Macdonald was married to musician Dougie Payne, the bassist of soft rock band Travis. Both Glasgow natives, they married in 2003 and lived in New York and London. They have had two children together, Freddie Peter and Theodore William. The couple are famously private and have tried to keep their family life out of the public eye. According to the Independent, the couple even went as far as exceeding the Scotland's 21-day legal limit for registering a baby's birth when their son Theodore was born in 2013 in a "bid to keep the news to themselves."

Macdonald and Payne announced their split in 2017, a while after they had actually separated. Publicist Craig Bankey released a statement to The Associated Press which said the pair were "united in parenting their two children" and asked for their privacy to be respected, Billboard writes. The pair moved back to Scotland in order to be closer to their family, according to reports. Little else is known about Macdonald's private or romantic life.

The Boardwalk Empire star is set to star in the hotly-anticipated sixth chapter of BBC's Line of Duty as DCI Joanne Davidson, the senior investigating officer of an unsolved murder whose unusual conduct captures the attention of AC-12. Commenting on the casting of Macdonald, Line of Duty creator Jed Mercurio said the show was "honoured" to have her part of the team. "DCI Joanne Davidson will prove the most enigmatic adversary AC-12 have ever faced," he added.

Macdonald will join the returning cast, including Martin Compston as Steve Arnott, Vicky McClure as Kate Fleming, Adrian Dunbar as Ted Hastings. Also new to AC-12 is Shalom Brune-Franklin, who is joining the crime drama as DC Chloe Bishop.