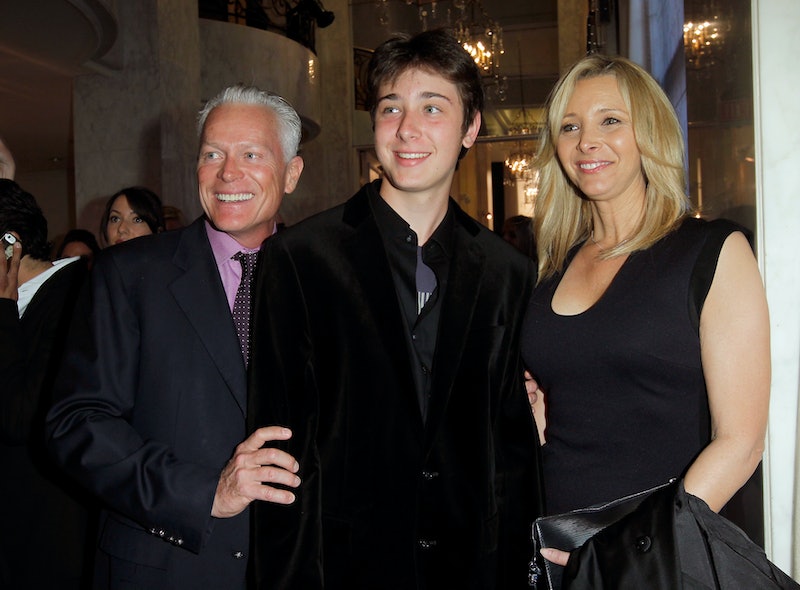 Of the six talents who made Friends the massive success it was and still is today, one stands out as the critical favorite of the bunch: Lisa Kudrow. The comedian was Emmy nominated for Outstanding Supporting Actress in a Comedy Series half a dozen times for her work on the show, winning once. Amazingly, she and co-star Jennifer Aniston were the only two to take home Emmys, with Kudrow earning one more nomination than her Friends friend.

Friends brought all of its stars fame and fortune, but one seems to have really won the jackpot in all aspects of her career and personal life, as Kudrow has enjoyed a rich love and family life offscreen, and she remains a beloved person by fans and people in her inner circle alike.

And with the cast of one of the greatest sitcoms of all time getting together once again on HBO Max for a reunion that America has been waiting 17 years for, fans are more curious than ever about the lives of the Friends cast. Yes, all six actors — Kudrow, Aniston, Courteney Cox, Matt LeBlanc, Matthew Perry, and David Schwimmer — will hang once again for a special aptly titled Friends: The Reunion, which will air on May 27. So what’s happening in Kudrow’s love life?

Kudrow married Michel Stern just one week after the first season of Friends wrapped back in May 1995. By then, it was clear the show was a hit, and Kudrow had finally made it big on the small screen. The two had met many years prior in the 1980s, though it wasn’t exactly love at first sight. Stern was involved with Kudrow’s roommate at the time and Kudrow reportedly felt it was inappropriate to make a move. Even though that relationship didn’t last, the two didn’t immediately get together. Six years would go by before Kudrow and Stern crossed paths, and they jumped at the second chance at love. They pair began dating, and there was no going back.

The two have now been together for almost exactly 26 years, and they seem to still be going strong to this day. Sadly, they couldn’t be together for their 25-year wedding anniversary last year. During quarantine, the family headed out to Palm Springs, where they own a home, but after a while, the heat became too much for Kudrow, so she left. While they didn’t celebrate with one another in person at the time, it didn’t phase the lovebirds, as Kudrow explained during an appearance on Jimmy Kimmel. “Does it matter?,” Kudrow asked, before revealing she and Stern said to one another, “I love you. You still love me? Yeah. Great. We’re good.”

Kudrow, 57, and Stern have just one child together, and he’s already all grown up. Julian Murray Stern is now 23 years old, and earlier this month he graduated from USC. He has followed in his mother’s footsteps, joining the world of entertainment, and a year ago he released a short film titled Mind Made Up, which he directed as his junior thesis project.

Kudrow became pregnant with Julian in season four of Friends, and the writers had to develop a storyline that would explain her protruding belly. Fans of the show will remember that Phoebe chose to be a surrogate for her brother and sister-in-law’s baby, when in reality, she was carrying her own little one (and not three like in the show).

Several of the Friends actors have children, and most have been married. While Perry is currently engaged for the first time, Kudrow is the only star of the show who has tied the knot and never been divorced at one point or another. In an interview with Glamour, Kudrow states that she and her husband have been able to make their marriage work because they “respect each other’s independence.” She went on to say that marriage is “like being on a team. Each teammate is different, but you have the same goal.”

More like this
Who Is 'Umbrella Academy' Star Elliot Page Dating After His Divorce?
By Jake Viswanath
Howard Stern's Net Worth: Is He The Richest Man In Radio?
By Hugh McIntyre
Kris Jenner Drunkenly Toasts Khloé Kardashian’s 38th Birthday With This Speech
By Grace Wehniainen
Which RHODubai Housewife Has The Biggest Net Worth?
By Hugh McIntyre
Get Even More From Bustle — Sign Up For The Newsletter