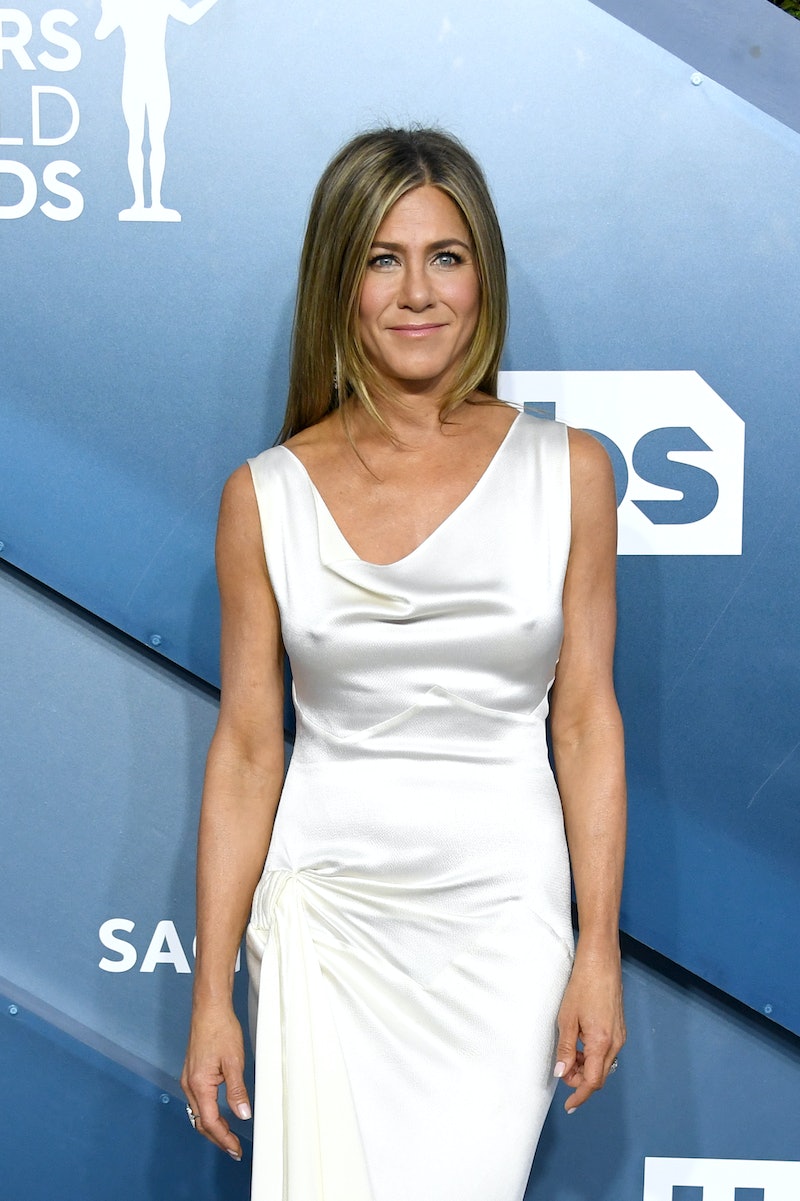 Jennifer Aniston is known for having achieved many desirable accomplishments. For instance, her “Rachel” hairstyle set an enduring beauty trend for decades and counting. She’s also topped People’s “Most Beautiful Women” list and has won numerous awards, including an Emmy, Golden Globe, and SAG Award for her work on the ever-popular NBC sitcom Friends. With the highly anticipated Friends reunion special premiering on May 27, there’s no question that fans can’t wait to see Aniston and her former castmates “back on the set that started it all.”

Along with Aniston’s magnificent career, her dating life has been the talk of Hollywood and beyond over the years. Aniston’s love life involves many of her well-known peers, including funny guy Vince Vaughn and, of course, Brad Pitt. While her current romantic status may be shrouded in mystery, let’s take a look back at some of Aniston’s most memorable beaus.

Aniston’s relationship with Pitt is arguably her most high-profile coupling to date. In 2001, Aniston told Rolling Stone that the former pair first met in 1994. However, as Marie Claire reported, it wasn’t until 1998 that Aniston and Pitt went on their first date. The duo, who appeared in a Season 8 episode of Friends together, married in 2000 but divorced in 2005. In 2020, the exes reunited virtually for a Fast Times at Ridgemont High table read, raising eyebrows once again for what spectators believed was “sexual tension” between the two.

That same year, Pitt confirmed to Entertainment Tonight that he and Aniston are on good terms. When told about fans anticipating a reunion between the two at the 2020 Golden Globes, Pitt stated, “I’ll run into Jen. She’s a good friend. Yeah.” A source told the outlet that they managed to have a “quick interaction” at the Creative Artists Agency after-party, and Aniston reportedly “looked happy as they started to hug and say hello.”

Aniston once had another Brad in her life: A Star Is Born actor Bradley Cooper. Aniston and Cooper starred together in the 2009 romantic comedy He’s Just Not That Into You, and they began “dating briefly” that summer, according to Us Weekly.

Aniston and “Your Body Is a Wonderland” crooner John Mayer had a whirlwind romance that began in 2008 and ended in 2009. Three years later, “rock’s biggest playboy” admitted to Rolling Stone that, at the time, he had “never really gotten over” his relationship with Aniston. Mayer also added that their breakup was “one of the worst times of my life.”

In 2020, the Grammy winner made a daring move, liking a bunch of Aniston’s pictures that were posted on an Instagram fan account. Judging by a lack of press coverage, it doesn’t seem like Aniston actually responded to Mayer’s social media lurking. However, Mayer did make the Horrible Bosses star laugh enough for her to comment with “three crying-laughing emojis” on an April 2020 Instagram Live tribute video he did in honor of late singer-songwriter Bill Withers.

Aniston and her Wanderlust co-star Paul Rudd also dated, albeit “when we were, like, 12,” he told Elle in 2011. Aniston and Rudd began their love affair in 1998 while working together for the rom-com The Object of My Affection. They also starred alongside one another in the Newton Boys and were Friends castmates for two years. When asked by GQ if it’s weird for them to kiss onscreen as longtime friends, Aniston jokingly replied, “Nah. I’ve kissed him for years.”

Aniston and Vaughn were linked in 2005 after her marriage to Brad Pitt ended. However, Aniston and Vaughn’s romance quickly cooled off in 2006. At the time of their split, People reported that The Break-Up co-stars never really made their relationship public. However, a friend of Vaughn’s told the entertainment outlet that Aniston and Vaughn were “the real thing.” After Aniston visited Vaughn in London in 2006, People confirmed that the lovers “mutually agreed” to go their separate ways but remain friends.

After a three-year engagement, Aniston and The Leftovers actor Justin Theroux married in August 2015. Their relationship fell under scrutiny, but Aniston and Theroux were adamant about keeping their personal lives private. Amid rumors of their marriage falling apart, Theroux and Aniston gave a joint statement to Bustle announcing their separation in 2018. “This decision was mutually and lovingly made at the end of last year. We are two best friends who have decided to part ways as a couple, but look forward to our cherished friendship,” the message explained. They went on to iterate that they were “determined to maintain the deep respect and love that we have for one another.” It seems that both truly made good on their statement — he confirmed to Vanity Fair in April that they still FaceTime and text one another.

Aniston’s relationship history has been earmarked with a number of former co-stars and men, and she seems to still be friends with most of them. Though an unnamed source told In Touch that she had a mystery boyfriend in February, there’s no concrete evidence that she’s dating anyone at the moment.

More like this
'Friends' Star Maggie Wheeler Offers Support To Matthew Perry After Reading His Memoir
By Alyssa Lapid
'GoT' Star Emilia Clarke Says She "Just Can't" Watch 'House Of The Dragon'
By Brad Witter
Man Meets Politics: ‘Boy Meets World’ Star Ben Savage Is Running For Congress
By Jake Viswanath
Who Is Murray Bartlett Dating? 'The Last Of Us' Star Is Extremely Private
By Alyssa Lapid
Get Even More From Bustle — Sign Up For The Newsletter
From hair trends to relationship advice, our daily newsletter has everything you need to sound like a person who’s on TikTok, even if you aren’t.