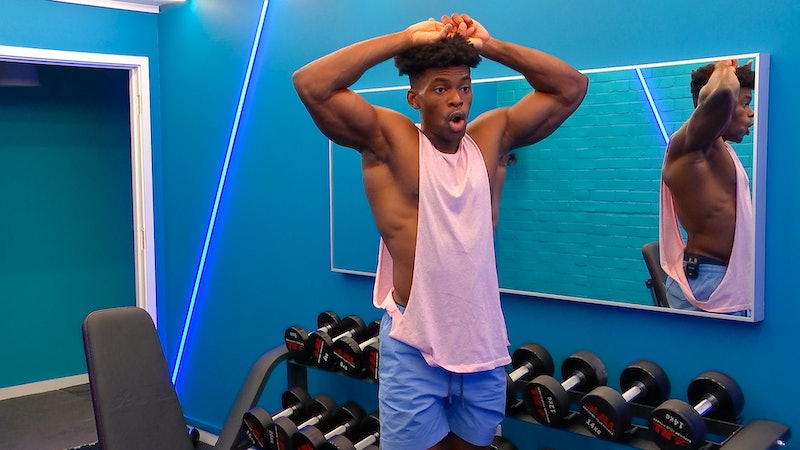 Unlike past seasons, The Circle Season 5 cast is composed of ready-to-mingle singles — and with dating on their mind, it’s no surprise that several of the contestants (and plenty of viewers, too) gravitated toward Marvin Achi. The 27-year-old chemical engineer has three degrees and described himself as a “huge supporter of LGBTQ rights, feminism, and equality” in his social profile on the show. His workout selfies didn’t hurt, either. “I got the looks, I got the physique, and I got the intelligence,” as Marvin himself put it. “I’m coming in hot.”

While some contestants catfished as single people and weren’t actually looking to date, Marvin seemed genuinely interested in forming a connection during his time on the show. “If I see a cute girl in The Circle, that’s my kryptonite right there,” he said in his introduction video. “I have a tender heart, so if I’m liking a girl, and she turns out to be a catfish, that would be terrible.”

Fortunately, he formed an early connection with Raven Sutton. “If I get to know Raven more, I can see us, like, having something,” Marvin said after one of their many flirty encounters. However, Marvin soon expressed his interest in another contestant, Tamira — who he didn’t know was actually a catfish for Tasia Lesley, who already had a girlfriend in real life. “Tamira’s one of those girls who you’re like — even if you have a wife, you sneak out to go see her,” Marvin said, expressing his desire to see both Raven and “Tamira” at the same time.

Despite the catfish love triangle, is Marvin single after The Circle? His Instagram doesn’t give away any clues, but he and Raven do follow each other as of Jan. 4, which seems to be a good sign that they’re at least friendly.

In a recent interview with Bustle, Raven commented on where she stands with Marvin post-The Circle — and it’s promising. “Yes, we have definitely been in touch since the show,” she says.

She didn’t reveal whether their connection had strengthened since The Circle, instead opting to “keep the folks guessing,” but she did go on to say that the whole cast is pretty close today. “We check in from time to time,” she says, adding that everyone is working on a plan to meet up in person soon.