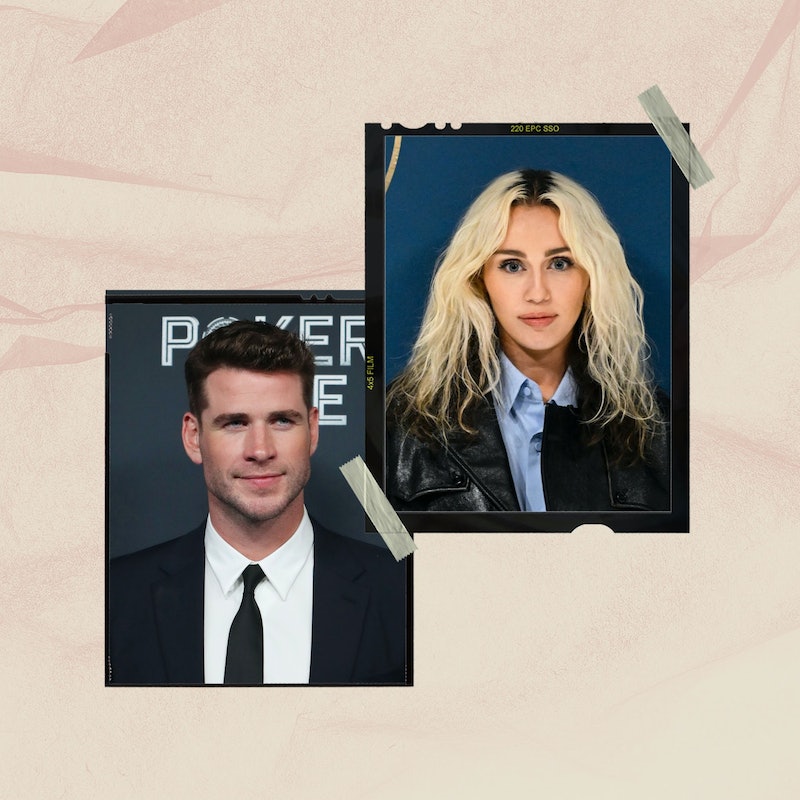 Miley Cyrus is kicking off 2023 with a bang. She hosted a highly successful NYE show and performed multiple duets with godmother Dolly Parton including her own “Wrecking Ball” and Parton’s “I Will Always Love You.” And that’s all before the clock struck 12.

Since December, Cyrus has been teasing a new era. Sharing promotional clips of her upcoming new single, “Flowers,” Cyrus posted a video on Instagram that read “NEW YEAR NEW MILEY.” Whether she’s referring to a new outlook to go with that sound is yet to be determined, but to start, she’s releasing a single on Jan. 13 — and fans have more than enough reason to believe the song will be a diss track about her ex-husband. Bustle reached out to Cyrus for comment and did not hear back at the time of publication.

For starters, the drop comes on her ex-husband Liam Hemsworth’s 33rd birthday. Coincidence? Likely not.

The exes met on the set of their 2010 film, The Last Song, had an on-again, off-again relationship, and eventually tied the knot in 2018. Less than a year later, Hemsworth filed for divorce from Cyrus. And though the Hannah Montana star rarely talks about their marriage, during her Lollapalooza set in March 2022, she referred to it as a “f*cking disaster.”

Some also think that Cyrus’ moves in the clip allude to a now-viral red carpet interview she did with her ex-beau in 2019. In the Access Hollywood interview, the former couple was asked what a dance number between the two of them looked like and fans picked up on a bit of tension. When Cyrus began grinding on Hemsworth to show the host her twerk-adjacent dance moves, Hemsworth immediately shut it down. “We’re not doing this. Not on the carpet,” he told her. She immediately stopped. (In another notorious red carpet moment between them, Hemsworth tells Cyrus to “behave.”)

Fans noticed that those dance moves are eerily similar to the ones Cyrus breaks into in her “Flowers” promo video. She even bites her lip while doing the dance move.

It wouldn’t be the first time Cyrus is singing about her ex. On The Howard Stern Show in December of 2020, Cyrus confirmed that her song “WTF Do I Know?" from the Plastic Hearts album had a lyric about Hemsworth, particularly the line that goes “I don't even miss you.” Her 2019 ballad “Slide Away” was also about their split. And even “Wrecking Ball” is also widely believed to be alluding to the pair’s breakup early in their relationship.

Whoever “Flowers” may be about — it already sounds like a bop.