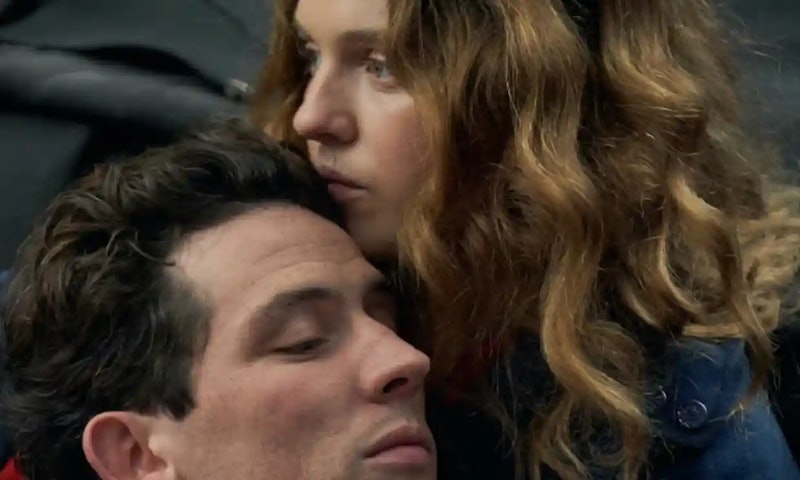 Directed by French filmmaker Eva Husson, Mothering Sunday follows the story of a maid in the wake of WWI, who meets with her secret lover before he leaves to marry his fiancée. But, what inspired Mothering Sunday, and is the film based on a true story?

Mothering Sunday is based on Graham Swift’s 2016 novel of the same name. Per The Guardian, Swift’s tenth novel was awarded the prestigious Hawthornden Prize in 2017, which celebrates the very best in “imaginative literature”.

The story’s big-screen adaptation was penned by acclaimed playwright and screenwriter Alice Birch (Normal People, The Young Lady), and Mothering Sunday made its debut at the Cannes Film Festival in July 2021.

The film stars Odessa Young as Jane Fairchild, the maid of a grand home owned by Mr and Mrs Niven (Colin Firth and Olivia Colman), who begins a secret affair with the neighbour's son Paul, played by Josh O’Connor. On Mothering Sunday 1924, Jane meets with Paul to spend a passionate day together while his parents and their servants are away. Their relationship continues, despite the fact that Paul is engaged to be married to another woman.

Per Deadline, the film’s director Husson said that she found reading the original Mothering Sunday book by Swift to be an emotional experience.

“I first read it at the novel stage, and I remember I read it very, very quickly in one sitting,” Husson said. “I closed it and I literally burst into tears for 20 minutes without any specific reason, but it just cracked something open and made me feel some sort of frequency,” she continued, speaking at the Cannes Film Festival.

Husson also went on to praise Birch’s adaptation of the book, crediting the screenwriter’s interpretation of the story as an influence in her decision to take the directing job. “I read Alice Birch’s script, and the same thing happened... I was like this is for me, this is weird, it feels like this story has managed to find its way to me in the universe.”

Mothering Sunday is released in cinemas on Friday, November 12.