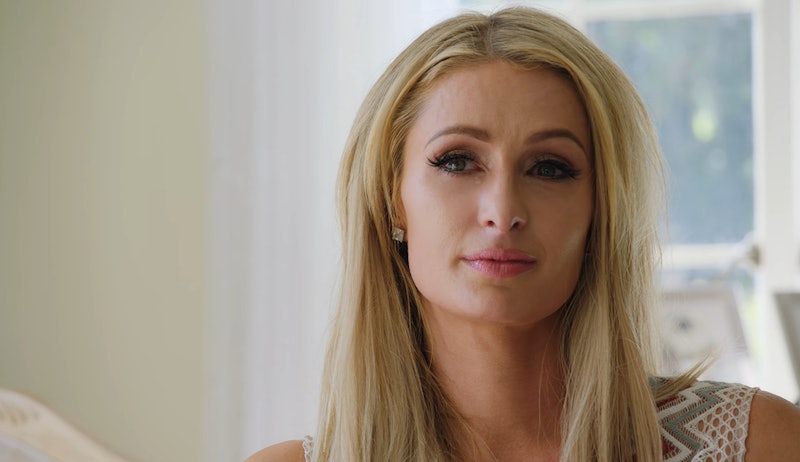 Of all the startling revelations in YouTube's Paris Hilton documentary, This Is Paris, the most shocking is Hilton's claims that she suffered abuse during her time as a student at the Provo Canyon School in Utah. The doc has shed light on the institution, and although the Provo Canyon School is still open, it's not being run by the same people who were in charge when Hilton allegedly suffered her abuse.

In the film, Hilton and her family describe the multitude of boarding schools she was sent to throughout her teen years in an attempt to curb her partying. Provo Canyon was the last school Hilton attended, during her senior year of high school. Throughout the doc Hilton describes shocking levels of abuse at the school, claiming that instructors hit students and made them take mysterious pills every day that left them feeling sedated. Hilton claims that she figured out a way to fake taking the pills, but her plan was thwarted by another student who reported her. As punishment, Hilton alleges she was stripped and put into solitary confinement for 20 hours where she was "freezing and starving." (As we previously reported, Bustle reached out to Provo Canyon School for comment on Hilton's claims, and Dr. Adam McLain, the school's group director and chief executive officer, told Bustle in a statement, "Originally opened in 1971, Provo Canyon School was sold by its previous ownership in August 2000. We therefore cannot comment on the operations or patient experience prior to this time.")

The school's website also calls out the change in ownership: "Please note that PCS was sold by its previous ownership in August 2000. We therefore cannot comment on the operations or patient experience prior to that time. We are committed to providing high-quality care to youth with special, and often complex, emotional, behavioral and psychiatric needs." A representative from the school gave The New York Times reassurances that PCS does not "condone or promote any form of abuse,” while adding that “any and all alleged/suspected abuse is reported to our state regulatory authorities, law enforcement and Child Protective Services immediately as required."

The school currently accepts children aged 8-18, with a focus on treating those who are dealing with "complex emotional and mental health conditions," including schizophrenia and PTSD. It's unclear what the focus of the school was at the time of Hilton's enrollment. In the film, she claims that her parents were under the impression that PCS was a "normal" boarding school because the school presented itself as such.

So while the Provo Canyon School is still open today — it's a much different school than the one Hilton attended.

More like this
You Can Finally Stream 'Ticket To Paradise' At Home
By Chloe Foussianes
The 'Love, Lizzo' Harry Styles Scene Is Just 1 Moment That Made Fans Feel Seen
By Brad Witter
How To Stream Knives Out 2: When Will Glass Onion Be On Netflix?
By Radhika Menon
Sadly, You Can’t Stream 'Top Gun: Maverick' — Yet
By Arya Roshanian and Radhika Menon
Get Even More From Bustle — Sign Up For The Newsletter