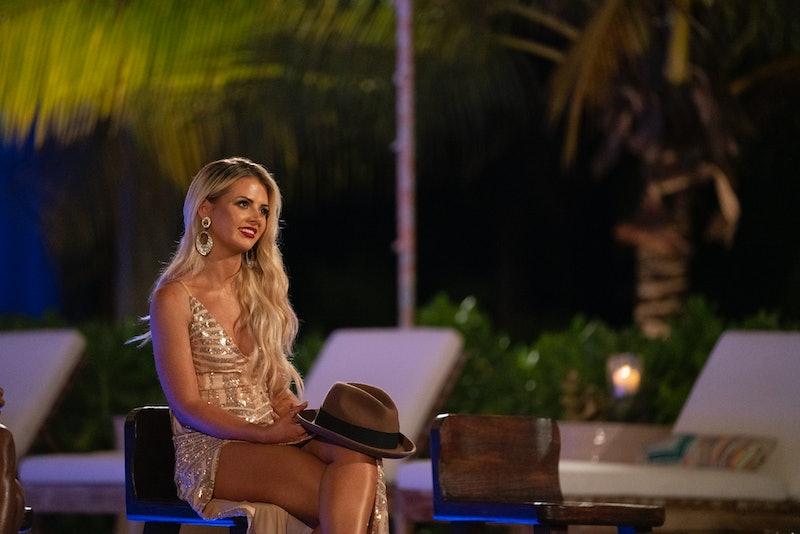 In a turn almost everyone besides lead Sarah Emig saw coming, her relationship with Garrett Morosky on FBoy Island culminated in disaster. After Sarah chose Garrett as her winner, he elected to end their relationship and claim the $100,000 cash prize for himself.

“This is a game. They told you what it was. I’m an FBoy,” he told Sarah after revealing his decision. “It’s a game that I came here to win, and I’ll be leaving here still an FBoy. I don’t see a future with you outside of this experience.”

The rest of the cast was appalled, with CJ calling Garrett an asshole and “trash” and Nakia remarking that she was “disgusted” by him. Sarah, for her part, said that while she didn’t regret her decision to take a risk, she did regret wasting so much time on Garrett.

In the end, the show didn’t give Garrett the money, instead opting to donate the $100,000 to a charity of Sarah’s choice because his behavior wasn’t worth rewarding. “At least one good thing came out of this,” Sarah told the cameras afterward. “I’m feeling a little awful. Actually, a lot awful. Josh is the best guy, and if anything that’s what I regret — letting a good guy walk away.”

Garrett, for his part, said he had no regrets and that he didn’t “need” the money. He just came on the show to win.

Ultimately, Sarah left the island single — which, all things considered, seems preferable to ending up with Garrett.

In the four months since filming ended, Sarah hasn’t dropped any clues on social media about whether or not she’s dating anyone new. She doesn’t follow Garrett or Josh on Instagram, nor do they follow her. However, Sarah has taken to Twitter to defend her decision to keep Garrett around despite his many red flags. “The bottom line is I chose to see the good in someone bc he proved he wanted to change, which is the experience of many girls I know, and many could probably relate to,” she said. “I didn’t want to pay attention to labels because I knew not all fboys are bad people, and not all nice guys are good… some of the worst people I know are self-proclaimed ‘good people.’” However, Sarah has let it be known that she and Garrett were definitely never dating.

On Aug. 10, she posted a story to her Instagram asking her followers if they thought it was more effective to be a nice guy or an FBoy. She followed up a few slides later, writing “also v impressed that 85% of you would be nice guys. Restores my faith in humanity. Unless you’re lying, that would be a very fboy move of you.”

Ultimately, being on FBoy Island may give Sarah some pause before entering the dating pool again, but she seems to have a good sense of humor about the whole thing.