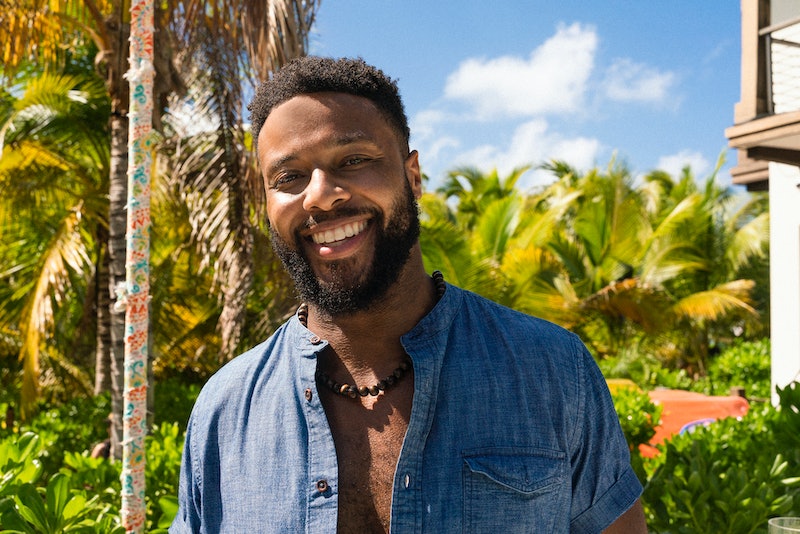 HBO Max’s FBoy Island is as much a dating series as it is a detective show. After arriving in the Cayman Islands, leads Sarah Emig, CJ Franco, and Nakia Renee are tasked with figuring out which of their 24 men are self-proclaimed nice guys looking for a real relationship, and which are just Fboys there for a shot at the $100,000 prize. One man who seems to fall into the latter camp is Josh McDonald, a 34-year-old from Chicago who forms a connection with Sarah . Here’s everything to know about the potential frontrunner.

It’s fair to say that Josh is a worldly guy; in fact, his entire brand is based around travel. He hosts a podcast called “Travel Guydes” on which he and his cohost offer advice to make “travel easy for everyday people,” including comprehensive guides to specific countries, tips on travel etiquette, and basic information like how to acquire a passport.

Beyond that, Josh works as a brand marketer and entrepreneur. His interests include photography, fitness, and music as well as spending time with family and friends.

If you’re going to call yourself the “travel guy,” you better live up to the title. On Instagram, Josh does just that. He has photos in Colombia, Aruba, South Africa, and even the Sedona Vortex. “The best part about explorer mode being activated (and being given bogus directions) is the opportunity to deviate from the traditional paths and trails to explore whatever looks interesting in the moment,” reads one post. True to form, Josh also has several saved stories across the top of his feed that chronicle his travel exploits to places like Puerto Rico, New Zealand, and Greece.

Josh Get Close With Sarah

Josh has yet to reveal if he’s a good guy or Fboy, but after the first three episodes, it’s clear whatever he’s doing is working. He’s caught the eye of Sarah, a 24-year-old social media manager also from Chicago, who told the cameras that Josh is everything she could possibly want in a guy on paper.

In Josh’s FBoy Island bio, Josh says he likes women who are intelligent, ambitious, and open to new experiences. He’s looking forward to “peeling back the layers” and is all about direct communication. “Don’t hate me if...I speak my mind bluntly,” his bio reads.

These qualities have clearly piqued the interest of Sarah, who invited him to spend some one-on-one time on a sunlit beach. Their conversation was impactful, but didn’t end with a kiss. So later, Josh asked Sarah if he could kiss her, and she happily obliged. She told the cameras that while she usually doesn’t like when guys ask to kiss her, it worked with Josh. He’ll definitely be one to watch as the season progresses — if Sarah can stay away from admitted Fboy Garrett.