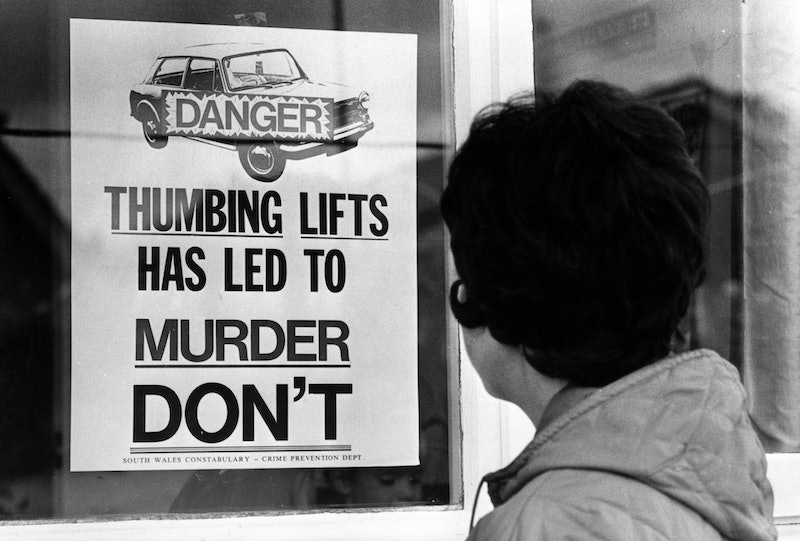 The BBC's new series Steeltown Murders stars Gavin & Stacey’s Steffan Rhodri and Life On Mars’ Philip Glenister as leads in the 2023 crime drama. The four-part series follows the hunt to catch the killer of three young women in Port Talbot, Wales, and the unique circumstances surrounding how the mystery was solved. Steeltown Murders may pique the interest of anyone who enjoyed Luke Evans’ The Pembrokeshire Murders, as the two shows have the same creators. But is Steeltown Murders based on a true story?

The answer to this one is simple: yes, Steeltown Murders is indeed based on a tragic true story. Set in 1973 and the early 2000s, the factual drama tells the story of two 16-year-old women, Geraldine Hughes and Pauline Floyd, and 15-year-old Sandra Newton. All three women were murdered and raped by Joseph Kapper, who earned the moniker the Saturday Night Strangler because he attacked exclusively on Saturdays. Police went so far as to put up posters warning people that “Thumbing lifts has led to murder. DON’T.”

Rather than focusing on the serial killer himself, Steeltown Murders seeks to focus on the investigation that led to the case being solved 30 years after the murders. This was done through the advancement of DNA testing.

Although the initial investigation for the three teenagers’ case opened around their 1973 death, it was scaled down in 1974. It reopened thirty years later thanks to new DNA technology, which investigators could use to track down the murderer or any of their living descendants.

Eventually, the DNA results showed a match with a local car thief, who was just seven years old at the time of the murders. The person was Joseph Kapper’s son, Paul. Joseph himself had died in 1990 but police then persuaded other members of his family to provide DNA swabs too. The results led to a groundbreaking decision to exhume Joseph’s body in 2002 to determine his guilt. The DNA taken from his femur done and his teeth proved a full match.

In Steeltown Murders, Glenister and Rhodri play DCI Paul Bethell and Phil ‘Bach’ Rees, respectively, two officers working on the investigation. Speaking about his time on the crime drama, Rhodri said, “I’m honoured to be teaming up with Marc Evans again to work on this moving new drama. It’s a harrowing story set in the community where I grew up, and the dedication and innovation shown by those who finally cracked the case make it a fascinating venture for me.”

His co-star, Glenister added, “Ed’s scripts are a poignant and compelling read, balancing the tragic events alongside the revolutionary advances in DNA profiling which were crucial in this case and many others since. I’m also very happy to be part of a production filmed in south Wales where I have my own family connections.”

More like this
'The Last Of Us' Has Officially Been Renewed For Season 2
By Darshita Goyal
Turns Out George Clooney Is A Huge Fan Of This Classic British Game Show
By El Hunt
Alan Carr's 'Changing Ends' Is A Witty Sitcom Based On His Own Life
By Darshita Goyal
Twitter Is Burning As Phoebe Dynevor Reveals Daphne’s 'Bridgerton' Exit
By Sophie McEvoy
Get The Very Best Of Bustle/UK
Sign up for Bustle UK's twice-weekly newsletter, featuring the latest must-watch TV, moving personal stories, and expert advice on the hottest viral buys.